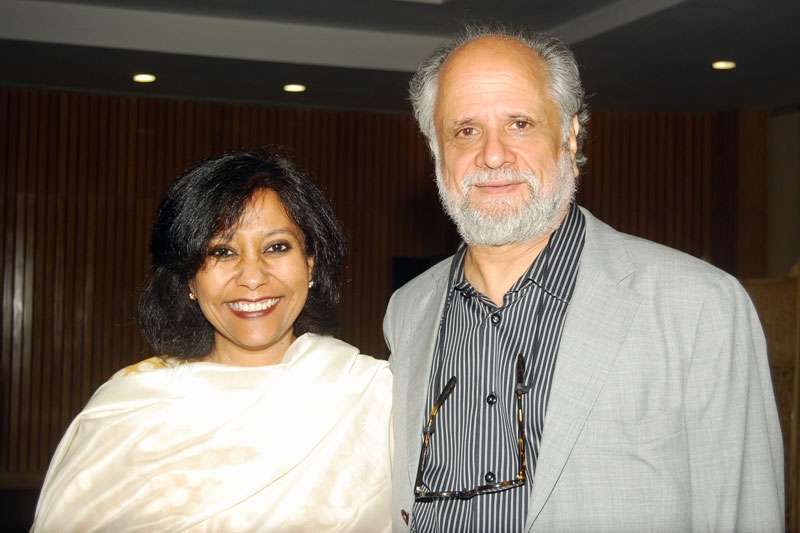 NEW DELHI, June 25-27, 2011 — A distinguished group of 16 arts professionals from India and the United States met here for three days of intensive closed-door sessions on developing arts collaborations between visual and performing arts institutions in their two countries.

Harvard University Professor Homi K. Bhabha launched the conference with an inspiring keynote address in which he encouraged participants to approach collaboration in the spirit of "neighborliness" — building mutually respectful, side-by-side relationships in a digitally networked, globalized environment.

Private workshops focused on the unprecedented opportunities for transnational collaboration along with the accompanying obstacles and challenges. In identifying a set of best practices for the future, participants shared candid insights into the logistical, political, and fundraising issues they face in vastly differing Indian and American contexts.

On the one hand, recurrent themes of trust and deep respect for one another's expectations arose throughout the three-day conference. At the same time, participants also focused on more practical concerns such as cultural policy issues at a state level and idiosyncratic procedural barriers in each country.

Ultimately, the group envisioned new models for cultural collaboration in the 21st century, a time when resources for cultural programming are limited, yet interest and curiosity in visual and performing arts are booming.

UPDATE JANUARY 2012:
A report condensing the recommendations and findings of the participants is now available from Asia Society India Centre.
More information
Download the report (PDF)

This conference was fully supported by a grant from the U.S. Department of State. It was organized by a team of individuals working in New York and Mumbai, led by Vishakha N. Desai, President of the Asia Society (New York), and Bunty Chand, Executive Director of the Asia Society India Centre (Mumbai).