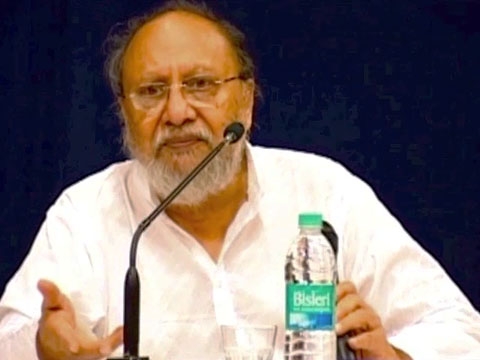 MUMBAI, September 8, 2011 — Cosmopolitanism exists in Asia, and may spread further as people living in diverse communities learn to accept "the otherness of others," instead of striving to become idealized global citizens who shed all prejudices and perceived differences.

This was the main idea presented by Ashis Nandy, Senior Fellow and Director of New Delhi's Center for the Study of Developing Societies and Chairperson of the Committee for Cultural Choices and Global Futures, in conversation with Kumar Ketkar, Senior Journalist and Editor-in-Chief of Divya Marathi.

Their talk, "Another Future for Asia: A Useless and Doomed Analysis of an Idea," was part of Asia Society India Centre's Future of Asia Series, in partnership with the Mohile Parikh Center.

Nandy explained that at the beginning of the 20th century, Asia was perceived by Westerners as a land of savages and that it was consequently the "white man's burden" to bring civilization through colonialism. That image of Asia was shaken partly because of Japan's success at Western-style development, which in turn started to seem more approachable to other Asian societies. As other countries followed suit, trying to climb "the inclined plane of history," less developed countries were seen as lying further behind on a linear trajectory of progress.

However, acknowledging and debating the past, according to Nandy, is a way of criticizing a theory of progress that developed countries used to justify atrocities committed in more “backward” countries. Rather than following the same path of development as the West, Nandy argued for the possibility of "another Asia," where there is increasing room for people to exist within distinct communities while accepting mutual differences. (Nandy drew on his experiences among the diverse populations of Cochin [Kochi], in the western Indian state of Kerala, in support of his theory.)

The challenge Asia faces, then, is to have the capacity to host a range of populations — "radical diversities," in Nandy's words — who can also live and work together. As Nandy sees it, that presents a different concept of dissent, wherein borders must be crossed not only outside, but also within.

Watch a video, above, for highlights of Nandy's discussion.