How China is Preparing its Youth for the Future 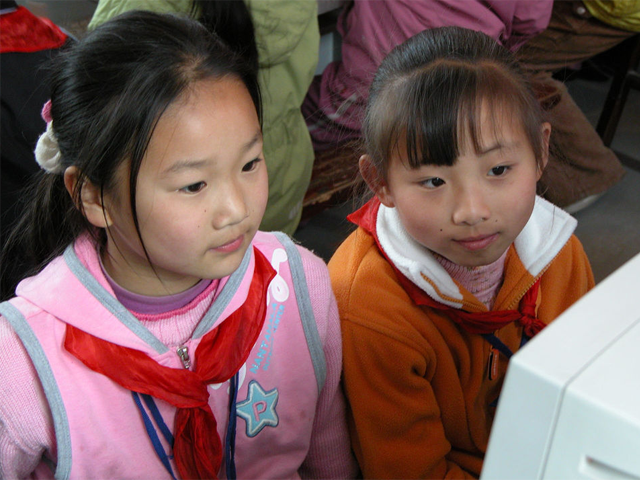 China’s tremendous economic growth has been the subject of widespread media attention. Far less well known but equally impressive are the great strides China has made in education in a relatively short period of time and its ambitious plans for the future. These developments have enormous implications for the U.S. education system.

Over the past twenty years, China has almost eliminated illiteracy among its 1.3 billion citizens; extended nine years of basic education across its expansive territories; developed elite high schools with world-class standards in math and science; begun teaching English as a second language from third grade on; and dramatically expanded the number of students in higher education from 1.4% of the age group in 1978 to 20% today. These are among the findings of a new report by Asia Society, the Business Roundtable and the Council of Chief State School Officers, entitled Education in China: Lessons for U.S. Educators (24-page PDF). The report features first-hand observations and research on education and economic trends developed by a delegation of U.S. education and business leaders who recently spent time in China at the invitation of the Ministry of Education.

“China has a bold long-term vision for investing in education—to raise its people out of poverty and prepare them for the global economy,” said Vivien Stewart, Vice President of the Asia Society and organizer of the delegation. “They have clear goals and aligned systems to implement them.”

The report details several features of this plan that include making 12 years of education universal by 2020 and the development of world-class universities. The report notes particular strengths of the Chinese system, including an intensive focus on math and science, an internationally oriented curriculum in high schools, a coherent teacher development process, and the systematic use of international benchmarking to modernize education policies. China also has a strong cultural commitment to education and its students are willing to study long hours.

But the report also shows that China faces enormous challenges, especially the huge resource and achievement gap between rural and urban areas, and a high-stakes examination system that hampers innovation. In addition, there is a need for Chinese education to move beyond simply knowledge acquisition to promoting the ability to think independently and apply knowledge in new situations, two traits in which American schools hold a comparative advantage.

Recommendations for American Education Leaders
The report offers several key recommendations to help American educators and students learn about China and other world regions and to propel needed global skills in American classrooms.

“China is a society we need to understand so that our children will be prepared. We must engage China, welcoming peaceful growth, while picking up the pace of our own educational progress” said Rick Mills, Commissioner of Education for New York State and a member of the delegation.

According to the report, for much of the twentieth century, the U.S. led the world in high school and higher education participation. Now other countries, including China, are making dramatic and fundamental reforms to prepare their students for success in a knowledge-intensive, high-tech and globalized economy. Learning from China’s remarkable growth, the delegation brought home some clear recommendations for U.S. leaders:


“Today’s students will be working in a global marketplace. It is urgent that business, policy and education leaders in the U.S ensure that our students are equipped with the knowledge, skills and perspectives that will ensure success in a global age,” said Susan Traiman, Director of Education and Workforce Policy at the Business Roundtable.

The 2005 delegation was comprised of state commissioners of education, top officials at national education organizations and business leaders.