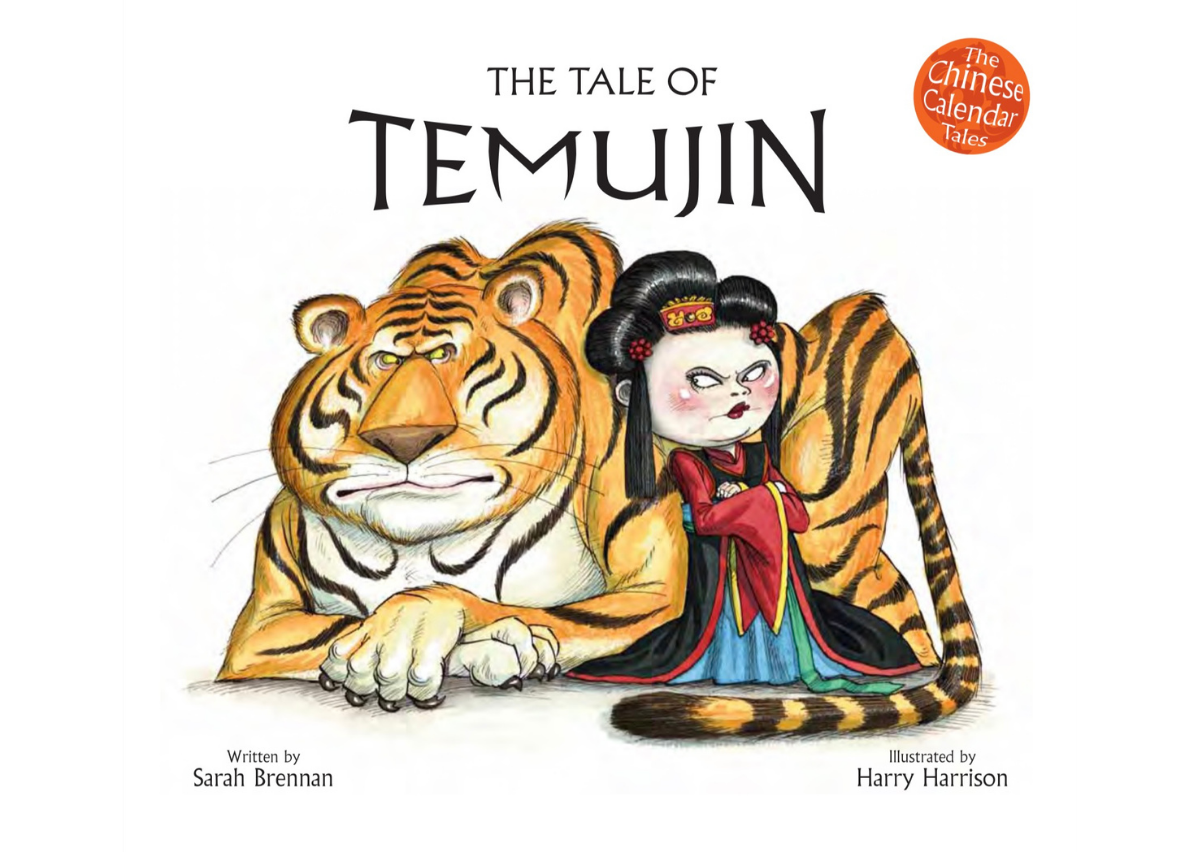 The Tale of Temujin is the Terror of the East. He’s wrought a trail of destruction and fine dinning from Mongolia right up to the gates of the Grand Imperial Palace in Beijing! But Princess Precious is pretty scream! Watch what happens when two irresistible forces collide in this hilarious rhyming tale for kids of all ages.

Features Genghis Khan and the Imperial Palace in Beijing.

Sarah Brennan is an international author and publisher of Chinese Calendar Tales as well as the hugely popular Dirty Story series. Illustrated by Hong Kong’s iconic cartoonist Harry Harrison and published by Auspicious Times Limited, the Chinese zodiac series brings Chinese culture, history, and landscape to young readers everywhere through the medium of humor, verse, and funny illustrations, while at the same time giving children living in East Asia stories that related to their own heritage.