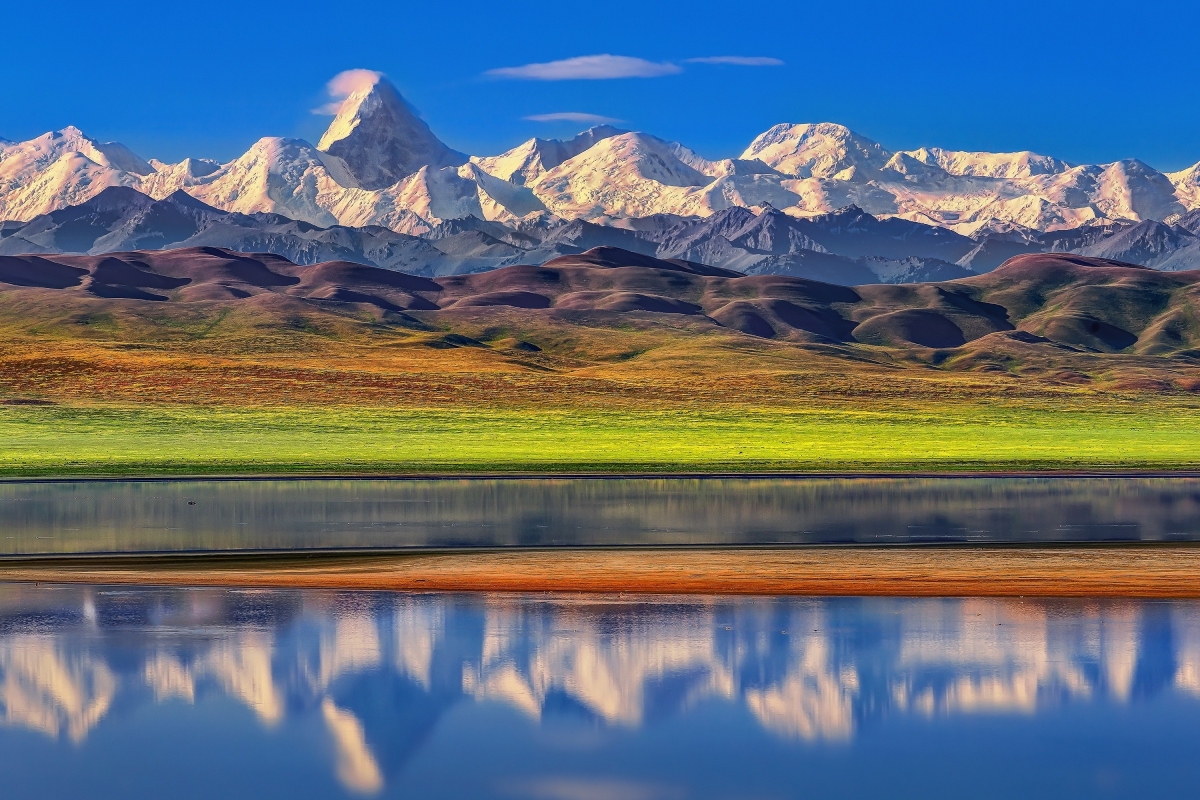 If size matters, Kazakhstan is the ninth largest country in the world, covering an area equivalent to Western Europe, and the largest landlocked country. Kazakhstan is one of the most ethnically and religiously diverse nations, owing to not only its history and nomadic culture, but also its geography, situated in between the major world religions. Formerly known as Astana and renamed Nur-Sultan in 2019 after the only President the country has known since independence in 1991, the Kazakh capital is best described as futuristic and ambitious. Almaty, the former capital, is revered as the country’s most beautiful city. A cultural melting pot of 131 ethnicities, home to stunning nature, including the famed Altai mountains and Kazakh steppe, as well as the Golden Man, the country’s Tutankhamun, Kazakhstan offers the ultimate adventure.

Get to know Kazakh Consul General Rashid Yerishev in an exclusive round of quick fire questions! What was his impression of Hong Kong, when he first arrived? What is his favorite Kazakh food? Which book by a Kazakh author would he recommend? Watch here!

Hong Kong-based Kazakh Consul General Rashid Yerishev shares a brief history about the Kazakh community residing in Hong Kong and some of the activities it engages in locally. He also highlights three interesting facts about Kazakhstan that he would like you to know about.

Kazakh food is heavily influenced by the nomad traditions of the country’s roaming ancestors, favoring meat dishes that are easy to prepare on the move. While traditional cuisine is based on meat and dairy products, nowadays vegetables, fruits, fish, baked dishes and sweets are more frequently found in its gastronomic culture. Enjoy a virtual journey exploring the food, and drinks, of Kazakhstan!

Get an introduction to the National Academic Library of Kazakhstan, located in Astana and founded in 2004. Its collection of books, newspapers, magazines and multimedia materials includes over 1.5 million items, housing the most important works by Kazakh writers, including Abai Qunanbaiuly who founded Kazakh written literature. The library’s digital collection can be found in its Kazakhstan National Electronic Library.

Asia 21 Young Leader Iskander Akylbayev currently works in the arena of foreign policy and diplomacy as Executive Director of the Kazakhstan Council on International Relations, a non-governmental body. He highlights Kazakhstan’s tourism and culture, and discusses the Council and its work, including its key annual publication providing an analytical overview of the politics, economy and security in Central Asia.

In 2020, there are around 300 Kazakhs studying at universities in Hong Kong. Almas Yeskenov, a third-year student at Hong Kong Baptist University, and Rustam Azimov, a graduate student at Education University and President of the Kazakh Students Association in Hong Kong, share their perspectives of being Kazakh and living in Hong Kong, similarities and differences between Hong Kong and Kazakh culture, and more.

Almas Yeskenov, a third-year student at Hong Kong Baptist University, performs the Alkissa kui, Kazakh traditional music created by revered Kazakh composer and conductor Nurgissa Tlendiyev, on the dombra. The dombra is a Kazakh long-necked and plucked musical instrument with two strings, which is used widely as a solo, principal or accompanying instrument in traditional Kazakh music.

Did you know that Kazakhstan was the fourth largest nuclear power in the world until its denuclearization in 1991, the first country to do so? Check out other interesting facts!

Need an introduction to Kazakhstan? Watch this short documentary!

Have you heard of Kazakh-born Islamic philosopher and scientist Abu Nasr Al-Farabi? Kazakhstan celebrates his 1150th anniversary in 2020. Named the second philosopher after Aristotle, Abu made notable contributions in maths, philosophy, medicine and music.

Kazakhstan celebrates the 175th anniversary of the birth of Abai Qunanbaiuly in 2020. A renowned poet, great thinker, composer and philosopher, Abai is widely known as the founder of written Kazakh literature.

Want to sightsee for a day in the capital Nur-Sultan? Browse the guide for what to do!

Almaty, Kazakhstan's former capital, is set in the foothills of the Trans-Ili Alatau mountains. It is the country’s largest metropolis, and its trading and cultural hub.

Baikonur is a complex with the world’s first and largest cosmodrome and a city of the same name. In this location, the first rocket in the world and first artificial earth satellite were launched, in addition to a spaceship with the first man to go to space in 1961.

Kazakhstan has been blessed by Mother Nature. Into adventure? View its natural treasures! Why not ski on the slopes of Central Asia’s biggest ski resort, Shymbulak?

A key Kazakh archaeological site is the Issyk burial mound, in which was found the Golden Man, also referred to as Golden Warrior or Kazakhstan’s Tutankhamun, in 1969.

131 ethnicities call Kazakhstan home, making it one of the most diverse countries in the world. Learn about the country’s culture!

Kazakhstan’s geography has fostered a strong nomadic spirit over centuries. Read about its traditions, including the yurt and felt crafting.

Have you ever heard of Koshpendiler alemi, a festival of the nomad culture, or The Spirit of Tengri ethnic music festival? Explore festivals that are well worth a visit in Kazakhstan!

Kazakh culture uses dance, among other art forms, to preserve history and traditions, and pass along lessons for survival. Take a look at traditional Kazakh dance!