The Globalization of Higher Education

An op-ed synopsis on the changing face of tertiary education 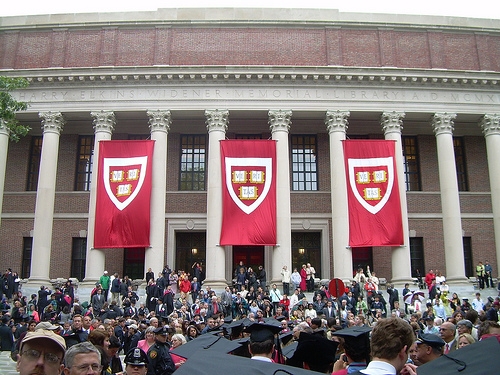 HONG KONG, October 28, 2012 - Hong Kong has a long history of sending students to study overseas where United States, Canada, the UK and Australia are some of the popular destinations. According to a study, Asians account for 52% of all students studying aboard worldwide and the largest numbers of international students are from China, India and Korea. With the increasingly globalized campuses around the world, how the objective of higher education has changed? Peter Gordon, editor of the Asian Review of Books, recently published an op-ed on this subject in the South China Morning Post.

While foreign graduate students have long been common on US campuses, significant numbers of foreign under-graduates is new, due only in part to rising affluence. Elite national universities seem to have lost their lock on the domestic job market and a foreign degree is considered by many a status symbol and, in a perhaps self-fulfilling feedback loop, a ticket to a better life. We are seeing the globalisation of higher education.

Universities are often keen to have foreign students. One reason is financial; another is that the student body might improve, both academically as well as in diversity. But this globalisation is also not without its potential downside.

Who, in the end, are universities for? For themselves, to some extent: to become the best possible. For their students, obviously: to provide the best education and opportunities for those enrolled. But universities also form part, usually a subsidised part, of the societies that nurture them. Large numbers of foreign students are not necessarily entirely compatible with this relationship.

...physical globalisation may be overtaken by another development. In the past year or two, such leading American schools as Harvard, MIT and Stanford have begun offering courses online to all comers. The finances are still uncertain, as is the exact relationship between the institution offering the course and the student, but the writing is on the wall. (E-books, online news and smartphones indicate that once a technology gets traction, it progresses very quickly.)

Asian students may have the opportunity of an international education without the need and expense of travelling to the United States. These courses also potentially allow Asian universities to outsource, for lack of a better word, a great deal of basic teaching in basic subjects and concentrate on what might be called "higher-value-added" activities. Cosmopolitan Hong Kong students, with their considerable exposure to English, may well be among those who benefit the most.

You can find the full op-ed here, but you may need a subscription to SCMP.com in order to access the piece.

Peter Gordon will be moderating a panel on Globalization of Education: The US and Asia at Asia Society Hong Kong Center on October 29, 2012.