Transforming Minds: Buddhism in Art showcases Buddhist works from the world-renowned Mr. and Mrs. John D. Rockefeller III Collection of Asian Art along with contemporary works by leading Asian and Asian American artists that draw inspiration from one of the world’s great religions. The exhibition, which will be on view for over three months, will inaugurate the new Asia Society Gallery (Former Magazine A), at the newly restored 19th century Explosives Magazine site.

Transforming Minds presents sublimely beautiful and deeply spiritual works of art, encompassing traditional and contemporary masterpieces from a mix of Asian cultures. The show asks the diverse local and international audiences visiting new Asia Society Gallery (Former Magazine A) at The Hong Kong Jockey Club Former Explosives Magazine to consider the ways in which Buddhist art has changed over time and space. Although originating in India, Buddhism traveled across Asia and was transformed by local cultures. In recent times, a combination of individualism and an interest in Buddhist beliefs has had an impact on the artistic production of contemporary artists such as Montien Boonma, Zhang Huan, Mariko Mori and Michael Joo. Each of these four artists has a different approach to the theme of Buddhism, from conceptual and scientific to ritualistic and communal. Their works provide the audience with an opportunity to question preconceived ideas about Buddhism and to reconsider religious art and the artistic exploration of religion in contemporary contexts.

Originally trained as a painter in Bangkok, Rome, and Paris, Thai artist Montien Boonma (1953-2000) is best known for his sculptures and installations.  His art works often convey a sense of Buddhist faith combining contemporary aesthetics and a tactile sensitivity. While adopting traditional Buddhist related materials such as herbs and spices, wax, gold leaf, and lotus petals, his works are often accented with a touch of industrial materials such as cement and steel. Because of the artist’s deep belief in Buddhism and the tragic incident of losing his wife to cancer, many of Boonma’s works are metaphors for faith, hope, suffering, and healing. Just as he became more and more visible in the international art scene, he also succumbed to cancer and died prematurely at the age of 47.  His work “Lotus Sound” is an installation that juxtaposes the idea of permanence and transience, solidity and fragility, traditional symbolism in Buddhism and contemporary art language of minimalism.

Michael Joo’s artworks investigate concepts of identity and knowledge in a hybrid, contemporary world. An American artist of Korean descent, Joo’s artworks often blend and collide seemingly disparate elements; science and religion, nature versus human intervention, fact versus fiction, high and low culture and intention and accident are recurring themes in his work.  Using a thoughtful and provocative range of materials and media Joo juxtaposes humanity’s various states of knowledge and culture, addressing the fluid nature of identity itself, and prompting us to question how and why we perceive the world as we do.  In performance/video works, he has swam through a ton of MSG, waited in the wild for elk to lick salt off of his body, and walked against the flow of crude oil along the Trans Alaskan Pipeline.

Buddhism is a recurring subject in his Joo’s art.  In the work Visible, the seated, transparent  sculpture of a headless Buddha reveals its skeleton and internal organs pitting empirical against metaphysical viewpoints.  In Joo’s Bodhi Obfuscatus (Space Baby) the artist scrutinizes and dissects the visage of a third-century B.C. Gandharan Buddha from the Mr. and Mrs. John D. Rockefeller 3rd Collection using live surveillance cameras; evoking thoughts of simultaneity in the cosmic and earthbound; past and present; collective and individual.

One the most visible Japanese artists in the international art world, Mariko Mori (born 1967) is a video and photographic artist. Her works often juxtapose Eastern philosophy with Western culture; pop culture with traditional Japanese identity. Through computer-generated photographs and large scale multi-media installations, she has produced renowned art pieces such as Birth of a Star in 1995; Nirvana in 1997; and Dream Temple in 1999. Kumano, one of the exhibits in “Transforming Minds: Buddhism in Art,” is a single channel video with sound, exploring iconography and belief of different belief systems.

Mori’s works have been exhibited at various shows, including “Apocalypse: Beauty and Horror in Contemporary Art” at The Royal Academy of Arts in London; “Always a Little Further“ at The 51st International Art Exhibition, Venice Biennial in Venice and “Mariko Mori: Kumano” at Asia Society in New York. “Oneness”, a survey of Mori’s work that opened at the Groninger Museum in Groningen, Holland, then traveled to the ARoS Aarhus Kunstmuseum, in Aarhus, Denmark, the PinchukArtCentre, in Kyiv, Ukraine and to Centro Cultural Banco do Brasil, in Brasília, Rio de Janeiro and São Paulo, Brazil in 2011.

Zhang Huan was born in 1965 in Anyang, Henan Province, China, and currently lives and works in Shanghai and New York. He was active in Beijing in the 1990’s, where he was considered one of the foremost avant-garde artists in the country. In 1988, he relocated to New York and became a full-time artist involved in all different artistic mediums. In 2005, He returned to Shanghai, and established Zhang Huan Studio, where he continues to expand his artistic works, creating new forms and expanding into new areas. The ash painting technique he created has added another method of painting to art history, other techniques, such as sculpting in cowhide, door carvings and feather woodcuts, to name a few, have all been pioneered by Zhang Huan. While he considers himself a Buddhist, it was only after his trip to Tibet in 2005 that his works showed a strong reference to the religion. In 2011, Zhang’s Buddhist sculpture, Three Heads Six Arms was installed and exhibited outside 1881 Heritage in Hong Kong.  The creativity and awesomeness of this sculpture lay in its scale – it was eight meters in height.

Among other places, Zhang’s works have been exhibited in the “2002 Whitney Biennial and Rituals” at the Akademie der Künste in Berlin and the “Haunted: Contemporary Photography/Video/Performance” at The Guggenheim Museum in New York. His solo exhibitions include “Q Confucius”at Rockbund Art Museumin Shanghai; “Neither Coming Nor Going” at PaceWildenstein in New York; “Ashman”at PAC Museum in Milanand “Zhu Gangqiang”at White Cubein London.

His works are also in the public collection of Centre Georges Pompidou in Paris, Metropolitan Museum of Art in New York, and Solomon R. Guggenheim Museum in New York.

Gallery Guided Tours will be available at the following times and days during the week and tours start at the Gallery Reception.

Lectures:
Manifestations of the Buddha: Ideas and Visuality of Buddhist Icons
Devotion And Patronage: Why And How Were Buddhist Monasteries Built?
Buddhism from a Scientific Perspective
Life and Buddhism: Secrets of the Heart
From Natural to the Supernatural: Asian Buddhist Art and Its World View 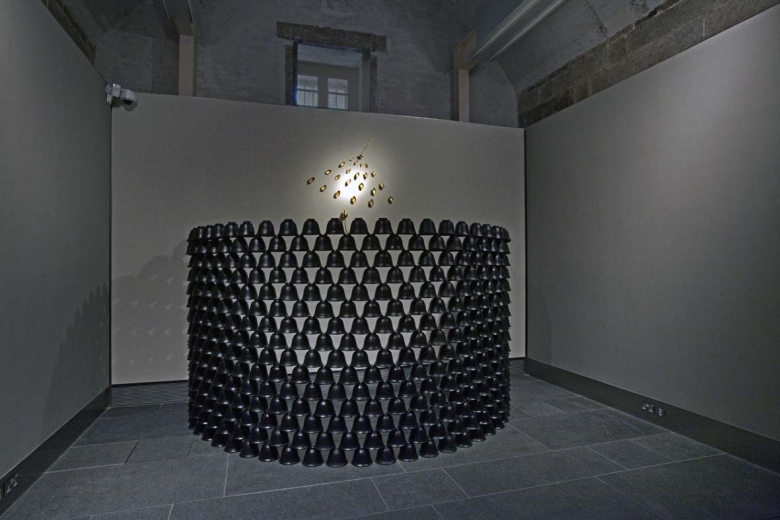 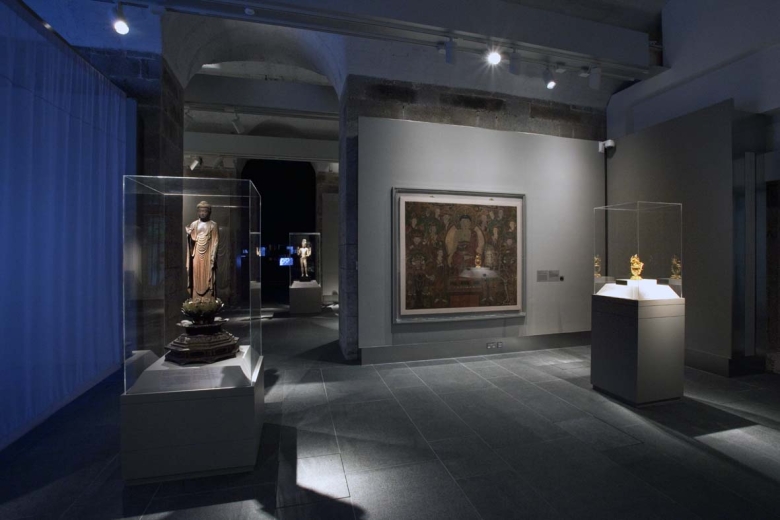 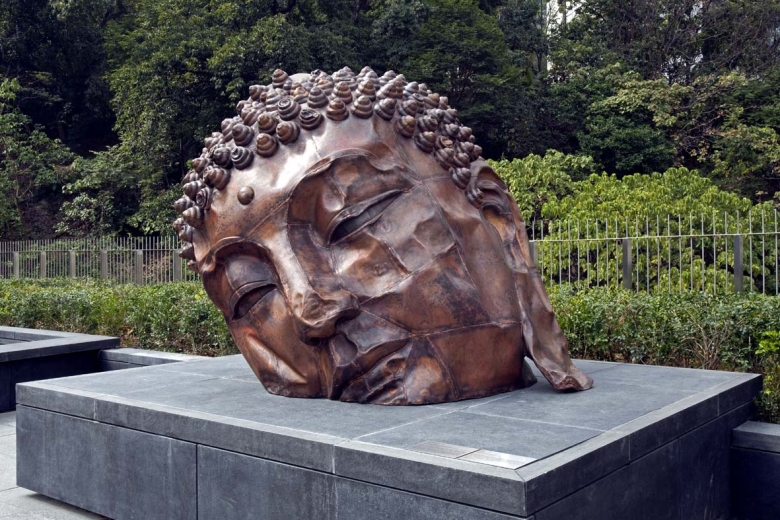 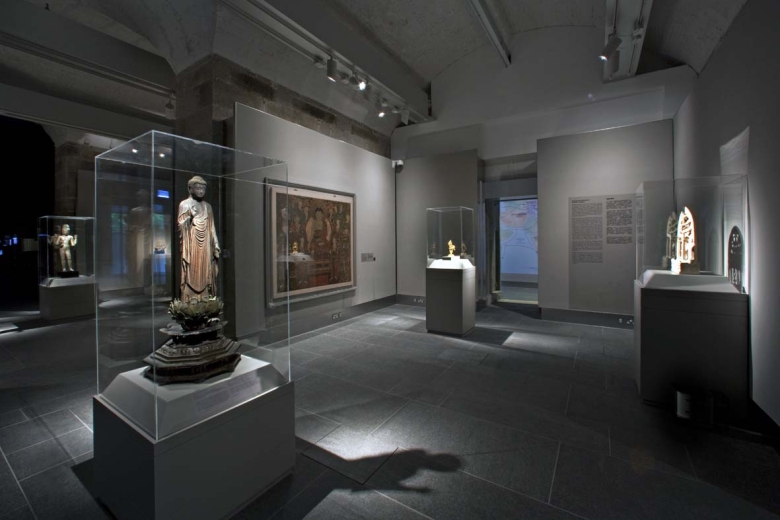 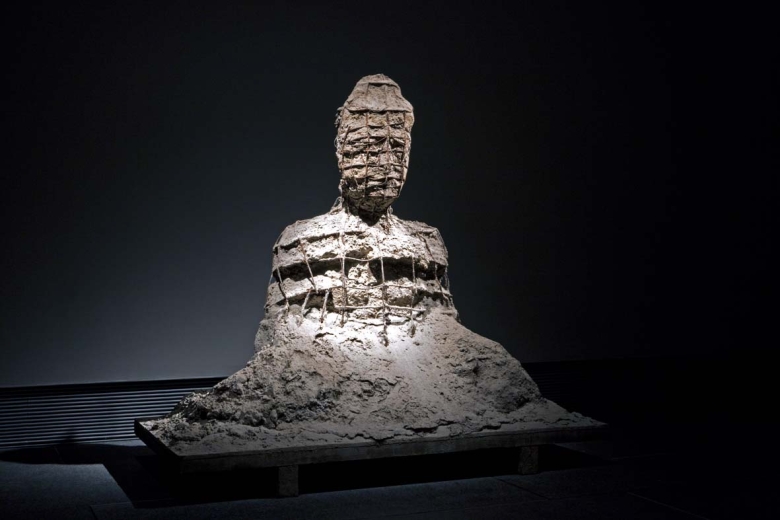 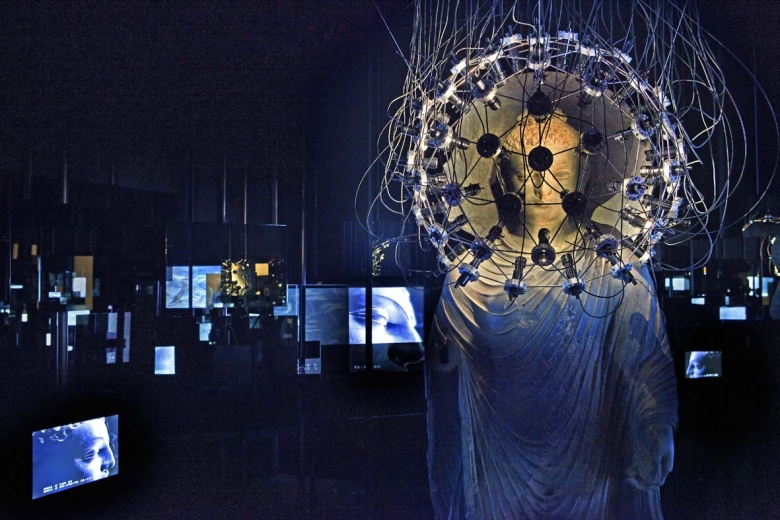 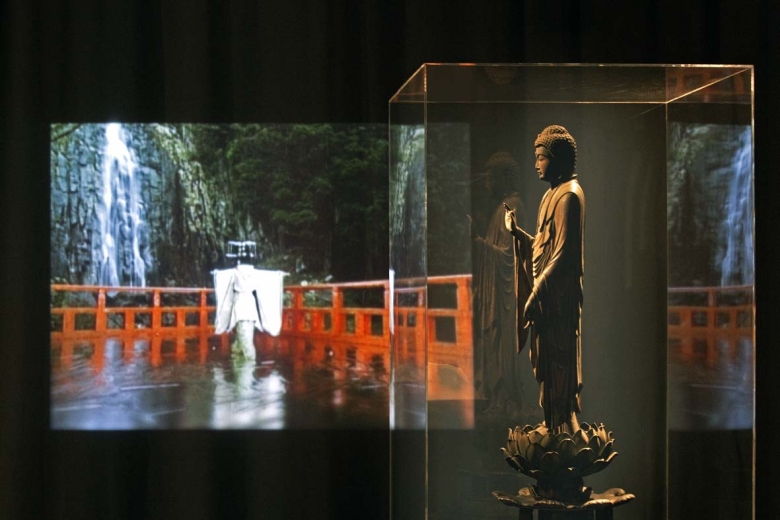 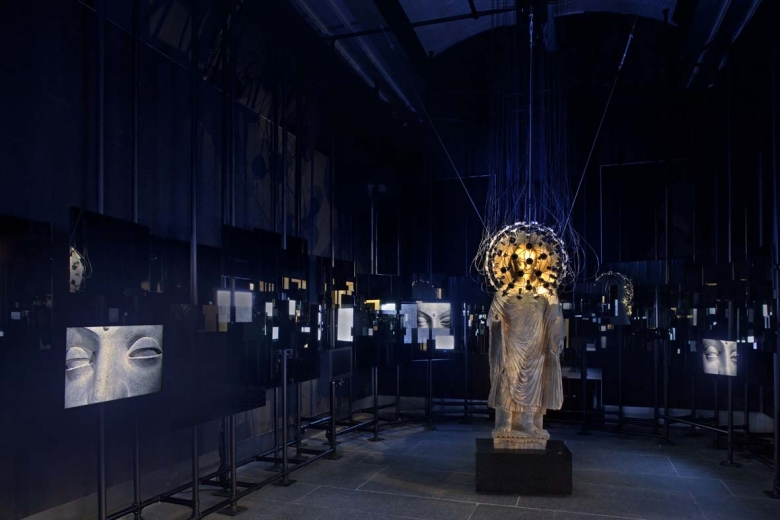