For the first time in Asia and for a strictly limited season, the Consulate General of Italy in Hong Kong and the Asia Society Hong Kong Centre, with the generous support from The Hong Kong Jockey Club Charities Trust, are proud to present Light and Shadows — Caravaggio • The Italian Baroque Master. The exhibition will be held from March 12 to April 13, 2014.

This is an once-in-a-lifetime opportunity to see one of the most famous paintings in the world, by one of the greatest artists of our time and a pioneer of modern painting. The exhibition also brings Hong Kong audiences up-close with one of Michelangelo Merisi da Caravaggio's most important works, Supper at Emmaus.

A haunting Baroque masterpiece, Supper at Emmaus (1605-06) was painted during a dark period in the artist's life when he was exiled after committing an act of manslaughter. It depicts Jesus Christ revealing himself to his disciples following his resurrection, in the town of Emmaus. It is a portrait of a flawed humanity, vulnerable to sin and expresses the artist's desire for salvation offered by faith in Christ.

Also on display are contemporary works by four Hong Kong artists — Chow Chun-fai, So Hing-keung, Tsang Kin-wah, and Wucius Wong — which showcase how techniques found in Caravaggio's paintings were adopted centuries later. The exhibition is curated by Professor Frank Vigneron of the Department of Fine Arts, the Chinese University of Hong Kong.

Organized around the themes of "shadows," "theatricality," "mystery," and "realism," this exhibition illustrates different characteristics of Caravaggio's style, which were so influential that they shaped the painting practices of many later European artists.

"Shadows" emphasize aesthetic choices rooted in the European liturgical tradition of its time; Tsang Kin-wah's projection of moving texts both relates to darkness as a setting and illustrates its ideological content.

"Theatricality" not only relates to the use of strong contrasts between light and darkness but also to the choice of powerful and simple gestures to accentuate the action of the painting; the photographic montages of Chow Chun-fai are a very personal take on this dramatic style.

"Mystery" represents the sense of spirituality emanating from Caravaggio's paintings; Wucius Wong's paintings exemplify a philosophical choice rooted in a concept borrowed from Taoist philosophy that can be compared to the darkness of Christian cosmology.

"Realism" is a characteristic of Caravaggio's painting that has had a profound influence on the whole of European art; the photographic portraits of So Hing-keung are reminiscent of Caravaggio's interest in using the disenfranchised as models for his historical and religious figures.

Through the interaction of Caravaggio's famous painting with works by four Hong Kong artists, each representing an aspect of contemporary art practices, audiences can experience a contemporary perspective on the art of one of the greatest and most influential artists of all time.

Thanks to the initiative and support of the Consulate General of Italy in Hong Kong and Macau and the Italian Cultural Institute that have made the exhibition possible, in collaboration with the Italian Ministry of Cultural Heritage and Activities and Tourism and Pinacoteca di Brera in Milan.

Free Docent Tours: Registration is not required for the walk-in docent-led tours. Please kindly arrive earlier and wait at Asia Society Gallery reception for the tour to begin.

A 6-month of Italian art and cultural educational program, made possible by The Hong Kong Jockey Club Charities Trust’s donation, has been organized as an extension of the exhibition to arouse the public interests on Caravaggio’s works and Italian arts.

Lectures:
A Master in Transition: Caravaggio's second Supper at Emmaus and its legacy
Meditating in Painting: Spiritual Art of the East and the West in the 17th century
Caravaggio and the Science of Light
Continuity & Creativity: Inspirations from the Classics

In additional, Asia Society Hong Kong Center has hosted 8 sessions of Little Caravaggio - Light and Shadows Multimedia Learning App Workshop at Pacific Place to demonstrate how to create your very own Baroque style masterpiece with this app. If you missed out on our workshops previously, download our Little Caravaggio app now from iTunes or Google Play store and follow the demonstration video below. 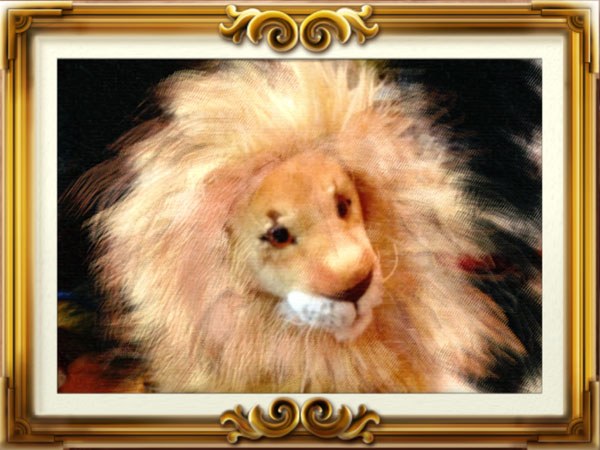 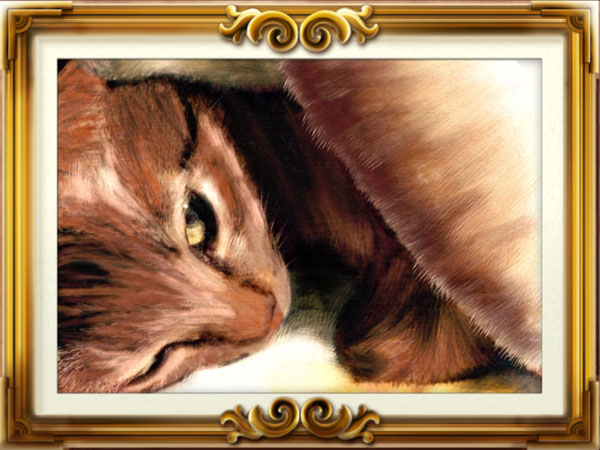 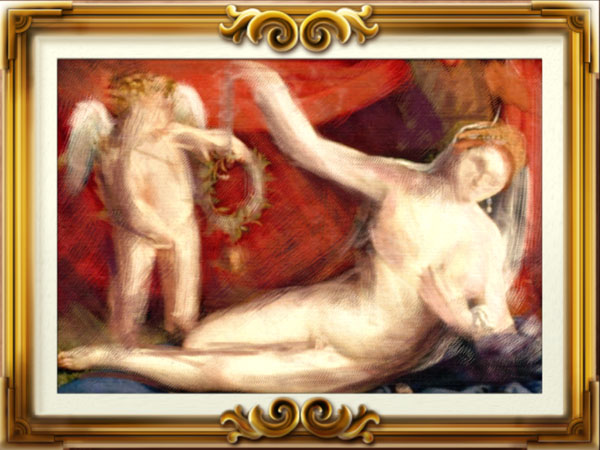 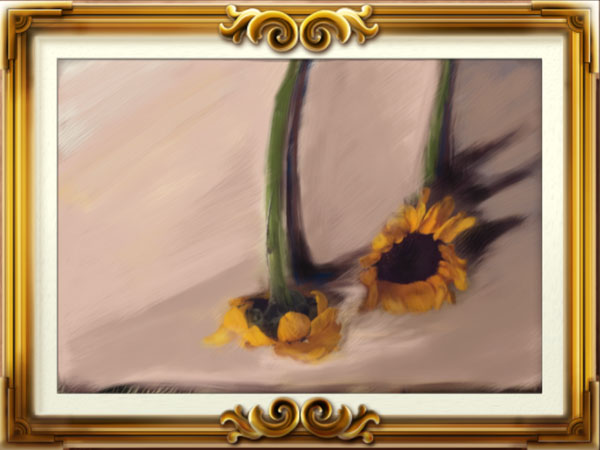 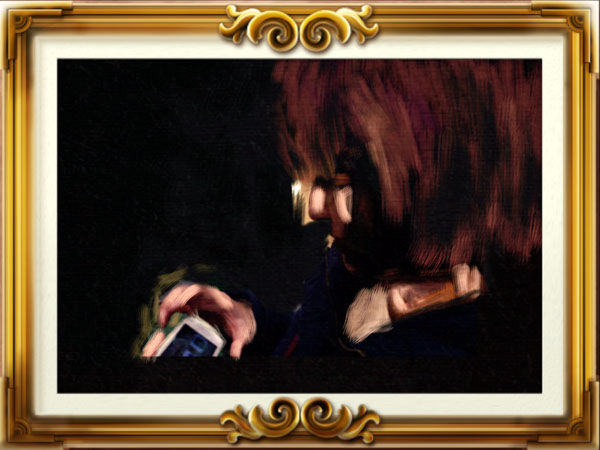 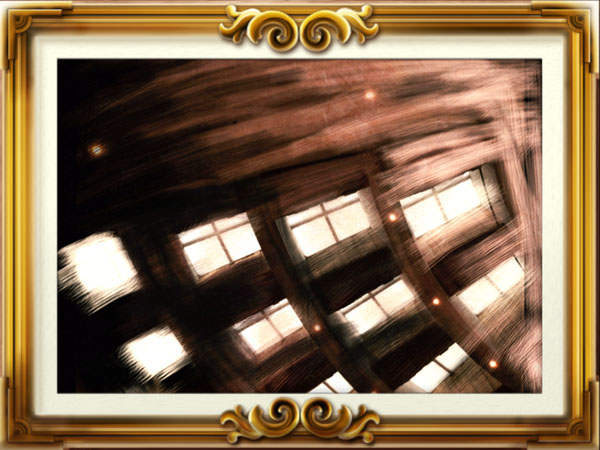 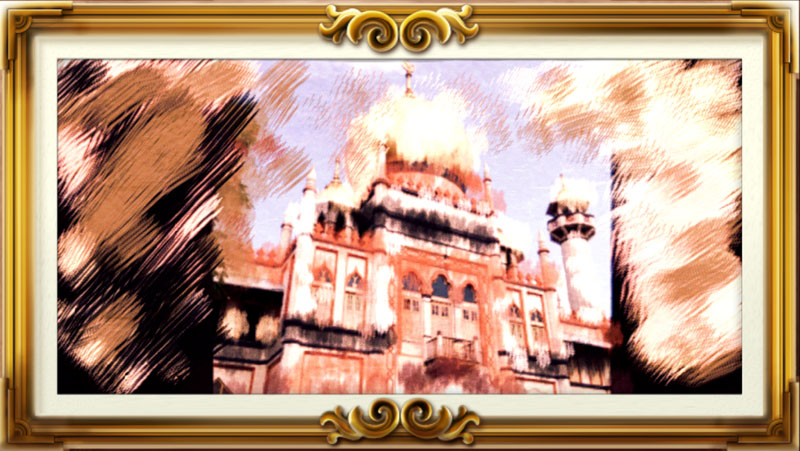 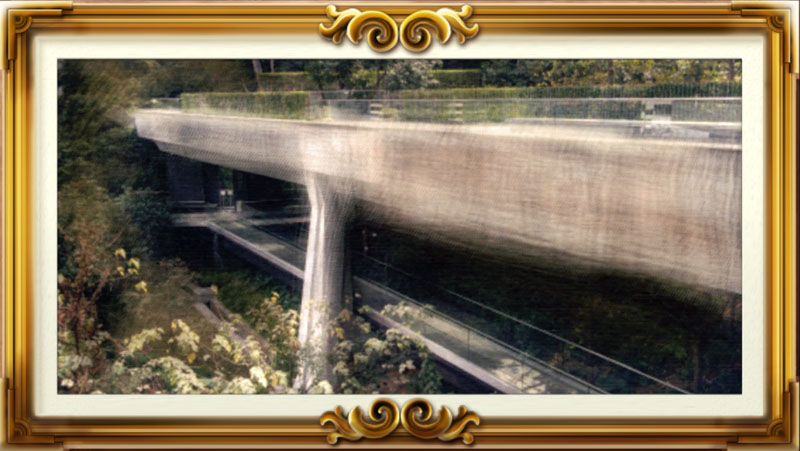 A Masterpiece in Our Midst: Caravaggio’s Supper at Emmaus is Coming to Hong Kong, Localiiz, March 4, 2014.

Be careful with that! Caravaggio masterpiece worth HK$640 million is unpacked in Hong Kong, South China Morning Post, March 10, 2014.

The Supper at Emmaus by Caravaggio in Hong Kong, Hong Kong Tatler, March 11, 2014. 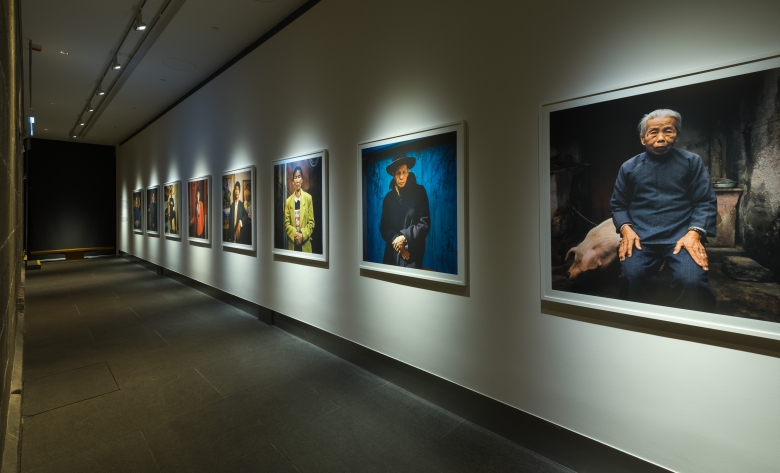 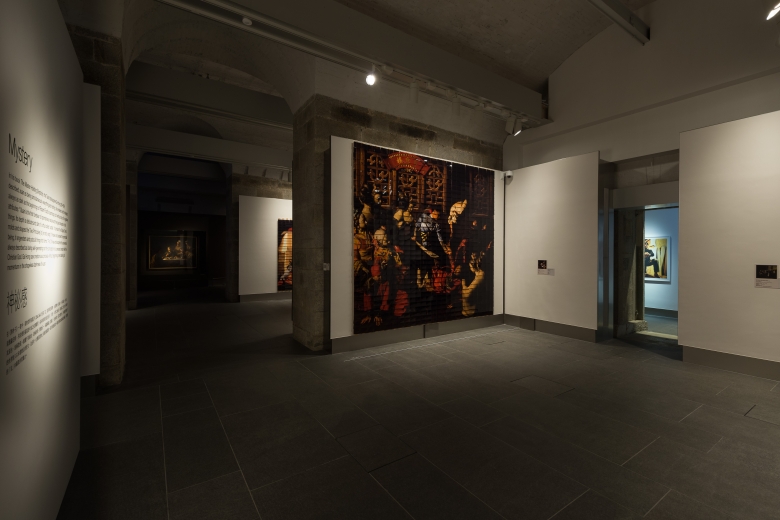 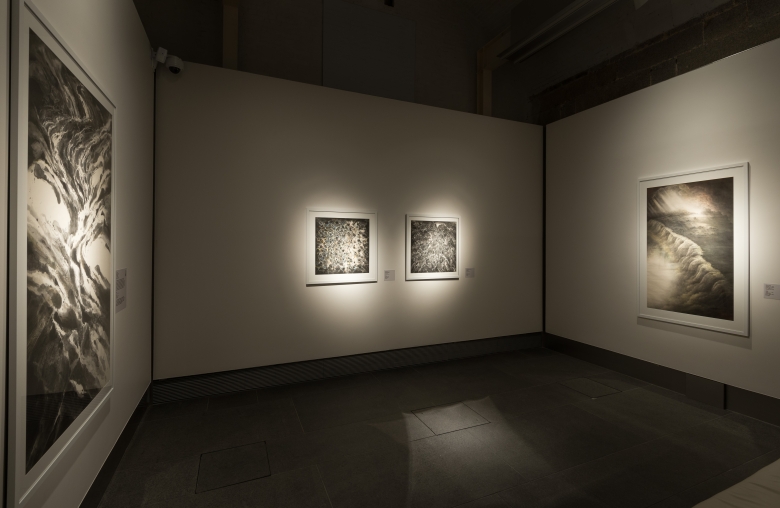 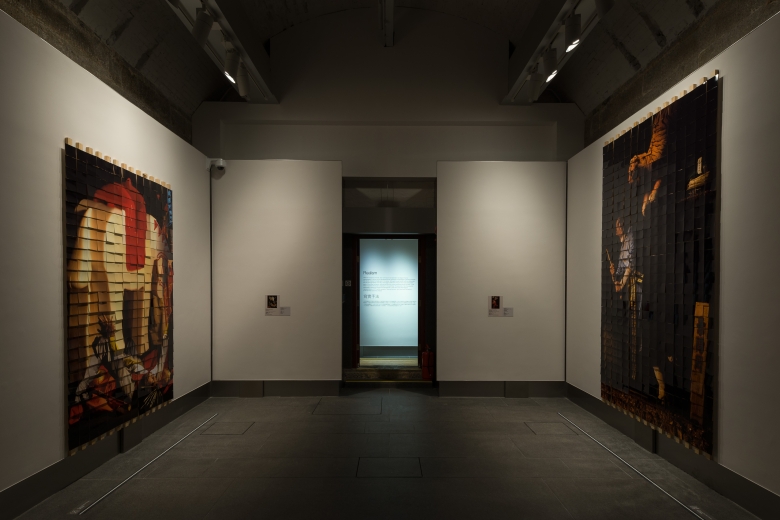 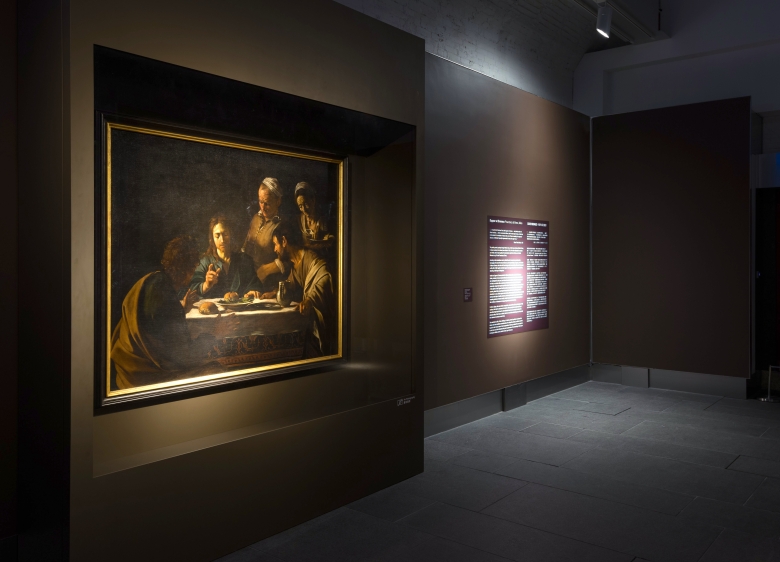 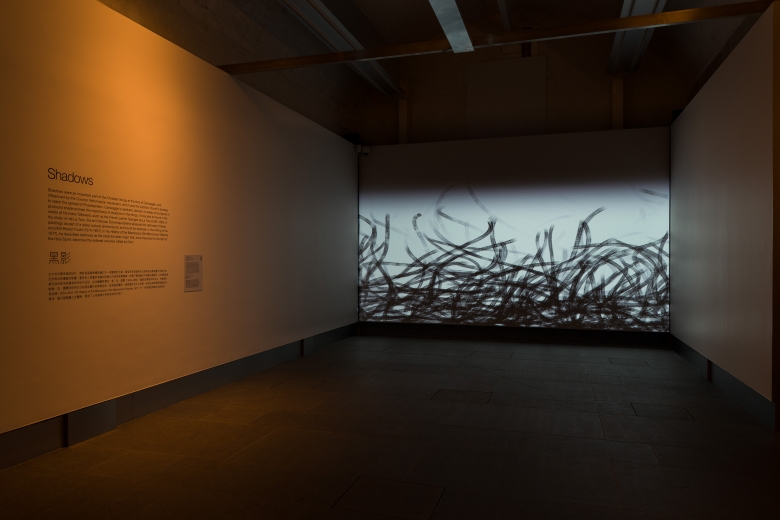 Q2: How do I get a ticket for the exhibition?
A: As our collaboration with Pacific Place ends with an impressive 20,000 plus people having queued up for tickets to the Light and Shadows exhibition, we have partnerships in place with Hysan and sky100 Hong Kong to ensure the public continues to have easily accessible locations – in addition to Asia Society Hong Kong Center – to obtain tickets for the show.

From now until the end of the exhibition, free admission tickets are available from the Lee Gardens and Lee Gardens One Concierge Desks. Tickets will also be available from sky100 Hong Kong Observation Deck 1/F Ticket Centre from April 1. Don’t miss this opportunity to see this remarkable Baroque masterpiece. Tickets are limited, first-come-first-served.

Q3: How many tickets can I get?
A: Each person can get maximum 10 tickets for any designated day.

Q5: How will visitor’s traffic and crowd control management be done during the exhibition?
A: As we expect a great number of visitors for this exhibition, especially at weekends, for security and conservation reasons, visitors may be required to wait for 20 to 30 minutes before getting into the Gallery when the venue reaches its maximum capacity.  For your enjoyment pleasure, we encourage visitors to visit the exhibition on weekdays, and from 9am to 12 noon or after 5pm on weekends. We aim to minimize the waiting period but your patience is highly appreciated.