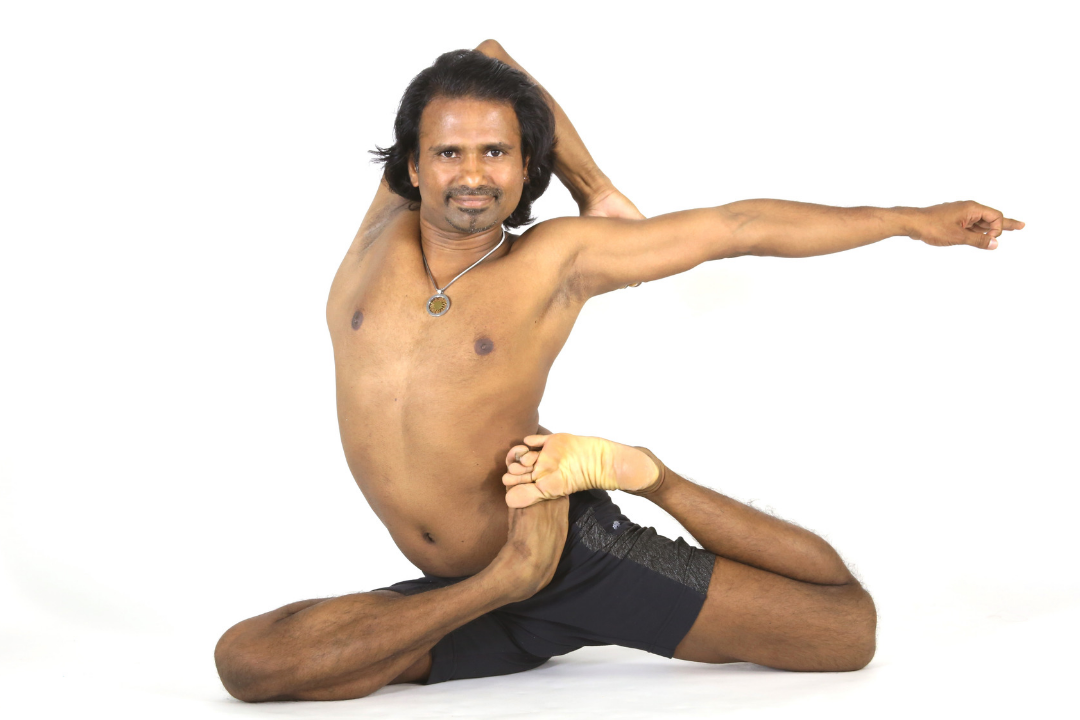 Part II: Will focus on yin yoga postures with deep stretches, careful adjustments and relaxation to target the connective tissues of the body and cultivate a peaceful and meditative mind. (Class is Intermediate level, there are different options for beginners & advanced practitioners)

Yogaraj CP started teaching Yoga at the age of 17 and came to Hong Kong in 2003. He now has 25 years of yoga teaching experience and aspires to ultimately bring good health and wellbeing through yoga. He is well known in Asian Countries. He holds 5 Guinness World Records in Yoga received in 2009 (The Longest Yoga Marathon lasted 28 Hours with 1019 different Yoga Postures), 2011 (The Most Consecutive Yoga Positions whilst Driving a Motorcycle), 2015 (The Longest Yoga Marathon lasted 40 Hours and 15 Minutes with 1600 different Yoga Postures) & 2018 (The heaviest weight balanced doing a headstand and The longest duration in an Acro Yoga Human Chair). The latest one was awarded when he completed more than 1,500 different yoga postures in 40 hours and 15 minutes. This is the longest marathon in yoga. He has had the privilege to lead a performance of 300 students at Temple of Heaven in Beijing during the Indian Prime Minister' visit in China.

He judges yoga competitions on behalf of organizations and is regularly invited for workshops by yoga studios and for yoga performances in different countries. He is the designated yoga teacher for City University of Hong Kong for 8 years and was honoured with the title of "THE YOGA GURU" of City University of Hong Kong. He was awarded Dr APJ ABDUL KALAM (Former President of India) award for Nation Building by the YOUTH PARLIAMENT OF INDIA in 2017.