The World’s Greatest Challenge: Fear of Difference and How We Can Solve It | Asia Society Skip to main content

The World’s Greatest Challenge: Fear of Difference and How We Can Solve It 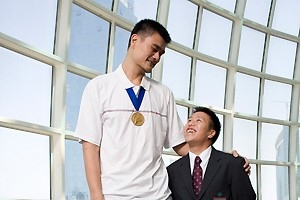 At a time where fear of ethnic, religious and displaced minorities is increasing, people throughout the world are looking for models of how countries, communities and even families can remain open, welcoming and inclusive of difference. In a time of widespread stress and anxiety, who are the leaders capable of promoting a tolerant and peaceful future? How can we educate our children so that they know how to live in a more integrated and peaceful‎ world? As Timothy Shriver, social leader, educator and author, will explain, the surprising answers are closer to us than we realize and yet more revolutionary than we can imagine. He will be joined by Yao Ming, retired Houston Rockets player and Founder of Yao Foundation. 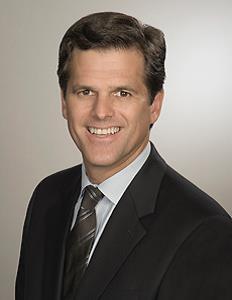 Timothy Shriver is a social leader, educator and author. He is Chairman of Special Olympics which has more than 4.4 million athletes in 170 countries. During his tenure, the organization has created new programs in athlete leadership, cross-cultural research, health, education and family support. Mr. Shriver has testified before the US Congress and challenged government leaders worldwide to respect the dignity and possibilities of people with intellectual disabilities. In 2014, he wrote the New York Times bestseller “Fully Alive: Discovering What Matters Most” on the life-changing impact of people with intellectual disabilities and their capacity to inspire others. Mr. Shriver is a leading educator focusing on the social and emotional factors in learning, and co-founded and chairs the Collaborative for Academic, Social and Emotional Learning (CASEL), a leading research organization. He is the recipient of numerous awards and honorary degrees. A member of the Council on Foreign Relations, Mr. Shriver graduated from Yale University, received his Master's degree from the Catholic University, and a doctorate from the University of Connecticut.

Yao Ming is one of China’s most well-known athletes. He is a retired professional basketball player, most recently with the Houston Rockets, and a Global Ambassador for the Special Olympics. Mr. Yao began his career with the Shanghai Sharks, but after leading them to a victory in the Chinese Basketball Association championship at the age of 22, he moved to the Houston Rockets, and became the number one drafted player in the National Basketball Association (NBA). During his career, Mr. Yao was selected NBA all-star in all eight of his seasons, earning All-NBA recognition five times. Mr. Yao was a member of the Chinese national basketball team representing China at three Olympic Games between 2000 and 2008, leading the national team to its best record in China’s history. In April 2016, Mr. Yao was elected into the Naismith Memorial Basketball Hall of Fame, alongside Shaquille O'Neal and Allen Iverson. He is actively involved in charity and public welfare activities including his founding of the Yao Foundation in 2008 which aims at helping children find warmth and hope in life. 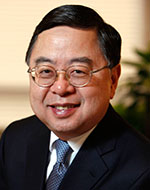 Ronnie C. Chan is Chairman of Hang Lung Properties. He is also Co-Chair of the Asia Society and Chairman of the Asia Society Hong Kong Center. In addition, Mr. Chan serves as Chairman of the Better Hong Kong Foundation, Governing Board member of the China-United States Exchange Foundation, Advisor and former Vice President of the China Development Research Foundation in Beijing. He is Director of the Board of the Peterson Institute for International Economics, member of the Council on Foreign Relations and former member of the governing boards of the World Economic Forum. Mr. Chan holds an M.B.A. from the University of Southern California. (Moderator)