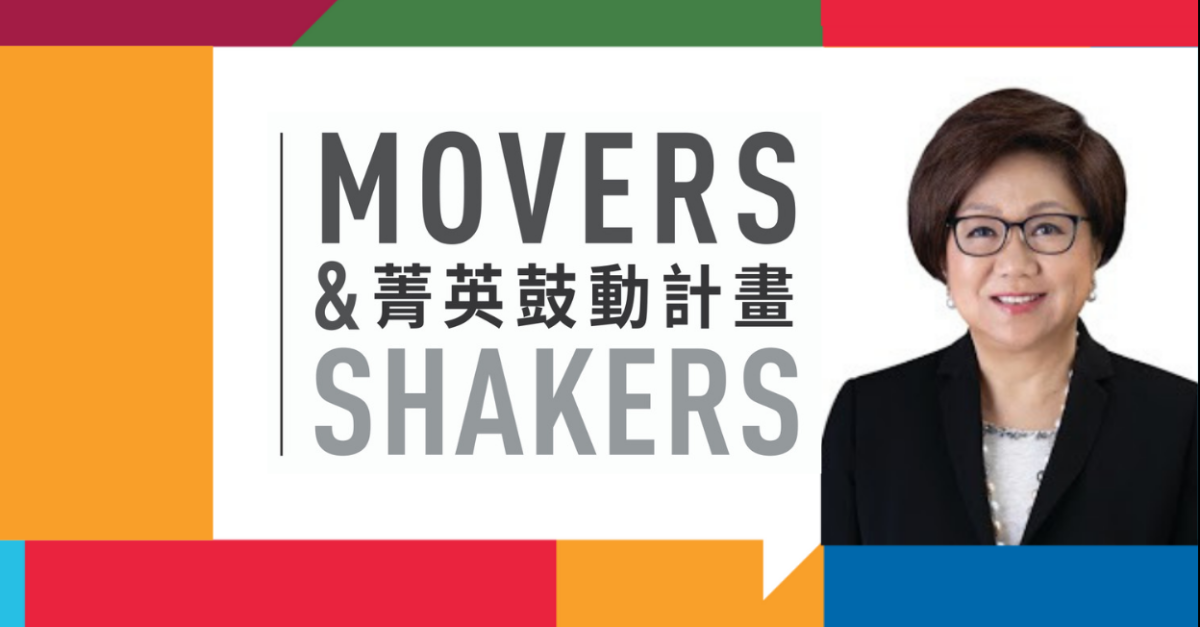 Despite gender disparity in the workplace, and women holding only 15% of senior-level executive positions amongst MNCs and international organizations, there are more stories of women role models than ever before. In Hong Kong, we have a female Chief Executive, a female Secretary for Justice and now for the first time, a female chairwoman of the Hong Kong Exchanges and Clearing (HKEX). Laura Cha has become a trail-blazer in the financial world, and her role as the first chairwoman of the HKEX has paved the way for many women to reach for higher management positions. Featured on Hong Kong Tatler’s list of Hong Kong’s 15 most powerful women, she has led from the front on diversity and the advancement of women, making rule changes that would lead to greater gender diversity and speaking out about the value of more women on boards and as senior executives. Join this conversation with Laura as she shares her personal journey on how she has surmounted challenges and defined herself by her values and experiences, while giving voice to empowering today’s young women who aspire to re-define the future of management.

Laura May-Lung Cha is Chairwoman of Hong Kong Exchanges and Clearing (HKEX) and Director of the World Federation of Exchanges. She is a non-official member of Hong Kong’s Executive Council. Before joining HKEX, she served as Vice Chairman of China Securities Regulatory Commission (CSRC) and was the first person outside mainland China to join the Central Government of the People’s Republic of China at the vice-ministerial level. She previously served as the Chairwoman of the Financial Services Development Council, Chairwoman of the University Grants Committee and the Advisory Committee on Corruption of the Independent Commission Against Corruption. She later was awarded the Gold Bauhinia Star and the Grand Bauhinia Medal by the Hong Kong government for her public services. She holds a JD degree from Santa Clara University and a BA degree from the University of Wisconsin.

Anita Fung is a former Group General Manager of HSBC Holdings plc and former Chief Executive Officer of   The Hongkong and Shanghai Banking Corporation Limited, Hong Kong. She has held a number of positions with key financial bodies in Hong Kong, and has been actively promoting the development of financial markets in Hong Kong and other regions. She is a Director of The Hong Kong Mortgage Corporation Limited, Trustee of Asia Society Hong Kong Center, Court Member of HKUST, former member of the Financial Infrastructure Sub-Committee of the Hong Kong Monetary Authority’s Exchange Fund Advisory Committee and former Independent Non-Executive Member of the Board of the Airport Authority Hong Kong. (Moderator)

Movers & Shakers
Organized by the Asia Society Hong Kong Center and sponsored by the Ng Teng Fong Charitable Foundation, Movers & Shakers is a 12-month program aimed at developing global competence and leadership skills among Hong Kong students. The goal is to inspire and instill an innovative and entrepreneurial mindset amongst students, and to strengthen their future competitive edge in Hong Kong and beyond.