we don't dance for nothing | Asia Society Skip to main content

we don't dance for nothing 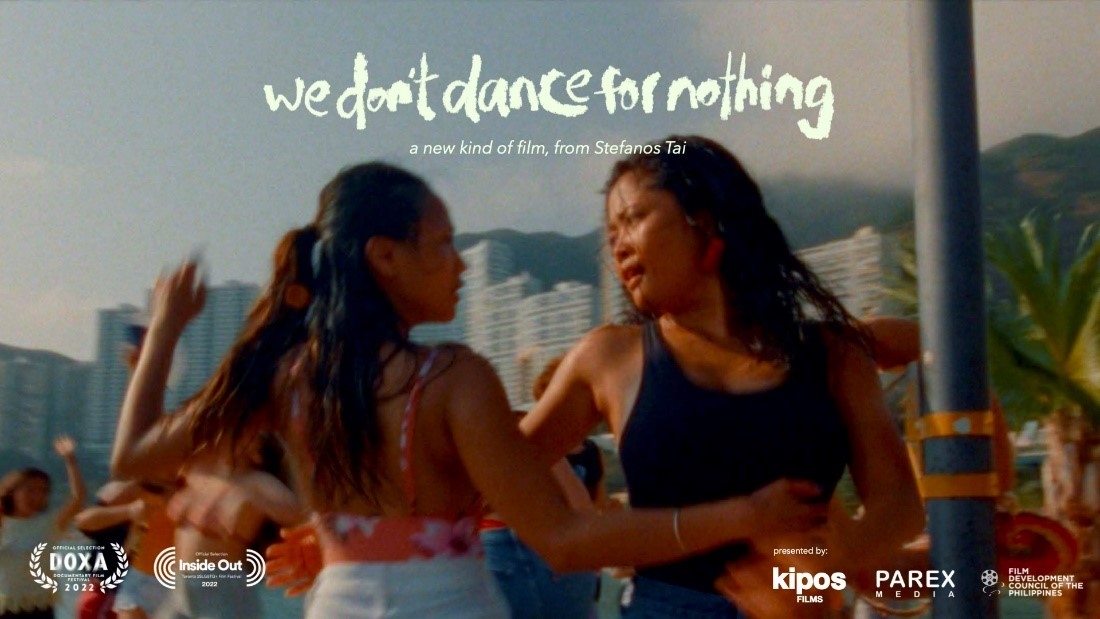 We Don't Dance for Nothing will be available to stream via the Eventive platform from 8 a.m. June 3 to 10 p.m. June 5 Hong Kong time.

Tune in at 9:30 a.m. Hong Kong time for a free livestream of the conversation with Stefanos Tai, Xyza Cada, and Miles Sible.

In collaboration with Asia Society New York, Hong Kong and The Philippines, enjoy a virtual screening of the film We Don't Dance for Nothing, and a conversation with director Stefanos Tai and actors Xyza Cada and Miles Sible on the movie's theme and messages, looking behind the scenes from filming and representation to the hidden and not-so hidden parts of the subculture.

We Don't Dance for Nothing is a photo-montage love letter to the Filipina domestic workers of Hong Kong. This visual recreation of true memories shared by this community of 400,000 women follows one woman's plan to run away. Captured on Super-16 amidst the Hong Kong protests, the film blends stills with motion to highlight the passionate street dancing of these marginalized women, and touch upon LGBTQ+ themes, issues of workers' rights, and Hong Kong's changing political landscape.

From Chinese-Greek-American director Stefanos Tai, the film has been described as La Jetée meets La La Land, and its use of stills versus motion represent a bold new method of filmmaking, one which invites the viewer to viscerally experience the entrapment felt by these women, and their release into freedom when they dance. The film moves beyond the staid media coverage of these women, and show them beyond their job descriptions, as people full of talent, joy, and grace.

The event is held to celebrate Pride Month.

Stefanos Tai is a Greek-Chinese-American director. His works are intensely anthropological, and aim to remind us of a simple idea: we have more in common than sets us apart. He's screened at Tribeca, BAM, Cinequest, DOXA, Woodstock, and Savannah– and he’s received an Impact Doc Award, a Scholastic Gold Key, and the “One to Watch” award from the Asian American Film Festival. He has also directed branded content for the Google Creative Lab and TBWA\ Worldwide. Clients include Breguet, Hennessy, Kipling, Li & Fung, and the Hong Kong Stock Exchange.

Miles Sible is an up-and-coming Filipina performer in Hong Kong. She has been acting since the age of seven, and prior to her work in films, she has appeared in several drama television shows, musicals, and online ads, and was featured in the Philippines’ ABS-CBN “Star Hunt”. Upon moving to Hong Kong, she was immediately welcomed by several Filipino church choir groups in the city, and WDDFN is her effort to represent her community with pride. Through acting, her goal is to inspire and entertain all kinds of audiences, bringing Asian representation to the big screen.

Xyza Cada is a performer best known for her supporting role in 2019’s “Still Human”, which picked up several accolades at the Hong Kong Film Awards. In the years following, she has been cast in several HK-based and international productions, most recently Lulu Wang’s upcoming Amazon series. Off screen, Xyza has been a champion for the Filipino community in Hong Kong and globally, through her work with causes: EmPowerU, Christian Action, Rise and Raise the Roof: Juan for the Visayas.
In her portrayal of Sampa, she brings her experience as a single mother to create a character at once familiar within the DW community, yet illuminative to external audiences of the complex struggles these women face laboring far from home, raising the children of another woman.