The Unwanted Population: An Autopsy, Excavation and Intervention of A Forgotten History | Asia Society Skip to main content

The Unwanted Population: An Autopsy, Excavation and Intervention of A Forgotten History

Transgressing space and time, the body of ongoing works by Tiffany Chung unveil the connection between imperialist ideology and vision of modernity. In this evening dialogue, Chung will discuss her ongoing project of tracking the current Syrian humanitarian crisis in concurrence with her in-depth study of the Vietnam mass exodus between 1975-1995, by reading selected entries from her upcoming monograph and research notes. The aftermath of the Vietnam Conflict and the new government’s denial of antithetical ideologies and refusal of harboring people with different views in postwar Vietnam led to a mass outflow of almost two million boat people with an estimated one third dying at sea. An immense number of the populations of Syria and Iraq are being driven out of their homeland as a result of the colonial partitioning in the Middle East [1916 Sykes-Picot Agreement] and the failure of the Arab world to confront the divergence in its own social fabric, reveals that history repeats itself time and again. The current crisis provides different perspectives for looking into Vietnam conflict, through which Chung’s personal refugee experience can be analyzed and understood within a larger global context. Her interest in imposed political borders and their horrendous, traumatic impacts on different groups of human populations have underpinned her commitment to exploring and recording other histories. These projects function as a form of protesting – a protest against politically driven historical amnesia, a protest against the politics of memory and forgetting. 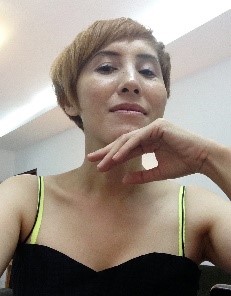 Tiffany Chung is one of Vietnam’s most respected and internationally active contemporary artists. She is noted for her cartographic drawings, sculptures, videos, photographs, and theater performances that examine conflict, displacement, migration, urban progress and transformation in relation to history and cultural memory. Chung’s work studies the geographical shifts in countries that were traumatized by war, human destruction or natural disaster. Her map drawings layer different periods in the history of devastated topographies, reflecting the impossibility of accurately creating cartographic representations of most places. Her maps interweave historical and geologic events, spatial and sociopolitical changes with future predictions, revealing cartography as a discipline that draws on the realms of perception and fantasy as much as geography.