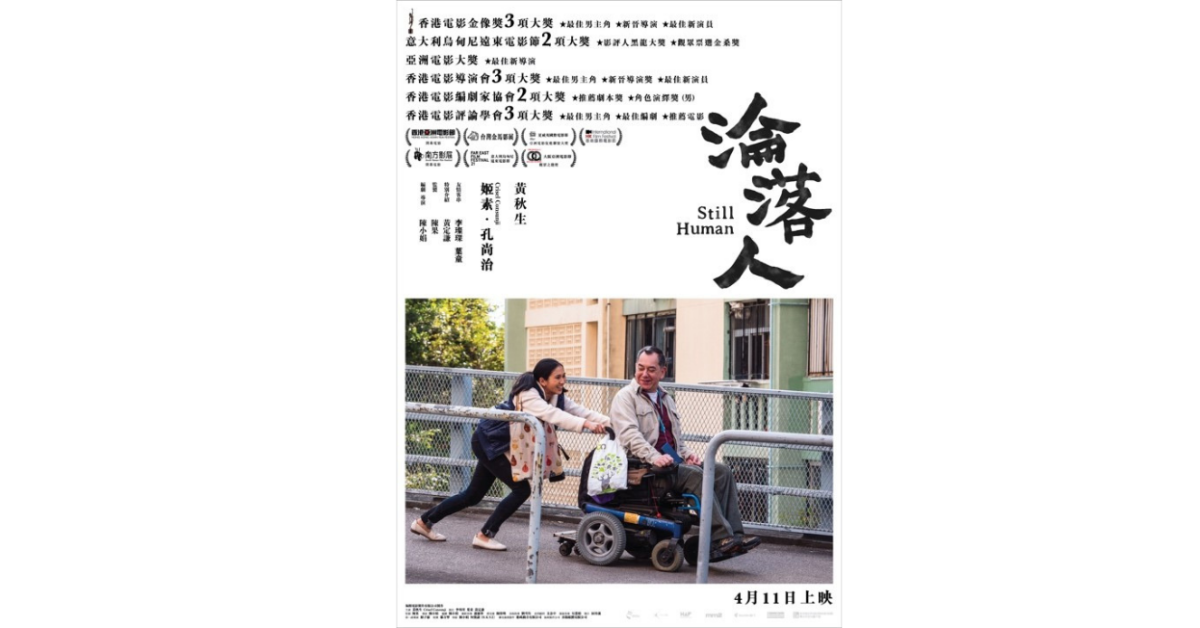 Still Human is a film about a Filipino domestic helper, Evelyn (Crisel Consunji), who arrives in Hong Kong to work as a caregiver of a paralyzed man Leung Cheong-Wing (Anthony Wong), putting her dreams on hold to earn a living. Becoming unlikely friends, they discover shared humanity that helps them face the mounting hardships and struggles in life.

All proceeds from Still Human screenings will go to support the United States tour of Mila, a chamber opera commissioned by Asia Society Hong Kong Center. After a sold-out Hong Kong premiere in January 2018, the opera will have its U.S. premiere in New York and San Francisco in December 2019, thanks to support from the Hong Kong Arts Development Council. Mila is a trilingual story sung in Cantonese, English, and Tagalog that shines a light on the struggle of domestic migrant workers in Hong Kong. Bringing Mila to the U.S. is a special opportunity to share with new audiences a uniquely Hong Kong chamber opera and a collaboration of creative talents from Hong Kong, the Philippines, and the United States.