Starting Young Starting Smart | The Next Dialogue: The Entrepreneurial Bridge Between India, Hong Kong and China 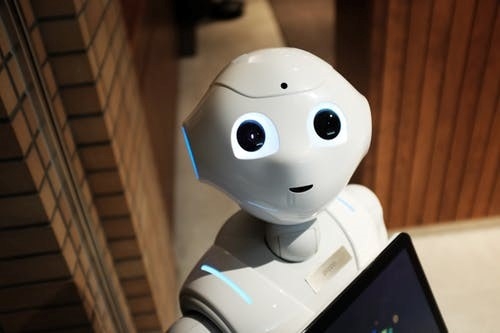 Join us for an interactive session at Hong Kong University of Science and Technology, (HKUST) in Central. India and China are homes to the world’s largest and most influential entrepreneurial ecosystems. The two countries have forged a different path to support their entrepreneurs, making many of them thrive and succeed in their own markets and beyond. Well-known Indian unicorns such as OYO Hotels & Homes, Ola Cabs and HKUST’s homegrown DJI in Hong Kong and China have found their own recipes for success. What can Hong Kong’s entrepreneurs learn from these three ecosystems? How can Hong Kong cultivate more homegrown start-ups by connecting their entrepreneur-friendly experiences? This interaction will provide a platform for some of the fastest-growing startup founders and seasoned entrepreneurs from India, Hong Kong and China across industries to share their experiences of how they build their companies, challenges and opportunities and identify potential areas of collaboration. They will compare and contrast the three entrepreneurial ecosystems, best practices and the future outlook in Hong Kong, China and India. The discussion will also provide new start-ups and younger entrepreneurs with inspiration, role models and connections. Speakers include:

Prof. Kar Yan Tam, Dean of Hong Kong University of Science and Technology (HKUST) Business School. He is a founding member of the School and an accomplished information systems scholar specializing in big data and electronic commerce. Under his leadership, the HKUST Business School is moving ahead with several major academic plans, including FinTech. He is currently heading a team of cross-disciplinary scholars to work on a major FinTech project funded by the Research Grants Council under the Theme-based Research Scheme. Prof. Tam is a graduate from Purdue University and was Assistant Professor, 1987-1992 at University of Texas, Austin.

Tarun Mehta, Chief Executive Officer and Co-Founder, Ather Energy. Mr. Mehta along with fellow student and co- founder Swapnil Jain, conceptualized and started Ather Energy in 2013. This is India’s first smart electric scooter that aims to revolutionize two-wheeler driving in India. It is valued at around $400 million. By 2023, Ather plans to set up 6,500 charging stations across 30 cities for its electric vehicles. Mr. Mehta and Mr. Jain were listed on the Forbes 30 under 30 in 2018 and Fortune 40 under 40 list in 2017 and 2019 for their innovative product that is disrupting the Indian auto industry. Mr. Mehta graduated from IIT Madras (Indian Institute of Technology, the country’s premier engineering institute) in Engineering Design and has worked on more than a dozen prototypes with six co-patents pending.

Rohit Dugar is the founder of Young Master Brewery, a leader among Asian craft breweries. Recognized for its distinctive, genuine and world-class beer program, their beers include time-honoured classics and unique, avant-garde styles. They are the highest rated and most awarded in Asia, and help set and elevate craft beer standards across the region. Prior to founding the brewery, he worked in investment banking in HK and NYC with Goldman Sachs and Merrill Lynch respectively. He has a Masters' Degree in Business Administration from the Tuck School at Dartmouth College and a Bachelors' in Computer Engineering from Nanyang Technological University Singapore.

Shanti Mohan is the Co-founder and CEO of LetsVenture. She is a seasoned entrepreneur and angel investor with a passion to make difference. Shanti's expertise is in consumer internet, embedded technology and enterprise. Her notable investments has been in Aureus Analytics, Tripoto and Online RTI

Amit Goyal, Head edX for S.E. Asia. edX is the world’s largest non-profit E-Learning portal founded by MIT & Harvard University. Prior to edX, he headed Education Solutions business for Samsung, where he successfully launched Ed-Tech products used by educational groups & businesses worldwide eg. Byju Tab Learning, Tab MBA by Amity. He has worked closely with governments globally to bridge the digital divide. He has been accoladed as the man behind launching world’s cheapest tablet PC ‘Aakash’ with the Government of India. He holds a Master’s Degree from Oxford.

Ashish Wadhwani, Managing Partner IvyCap Ventures. He has worked with companies across the investment lifecycle, from incubation to exit. Ashish has led and managed investments across technology, consumer and traditional industries including a NASDAQ listing. He has founded and run his own ventures and has been a member of several boards. He has advised companies globally on business strategy, growth, implementing new business models, value creation and monetisation, M&A and new investments. He holds a post-graduate diploma in management from the IIM Ahmedabad, and a B.Tech. degree from the IIT Delhi.

Kevin Wong, Co-Founder and CEO of Origami Labs, a wearable tech company based out of Hong Kong and Taipei.  They make ORII, the world's first voice powered smart ring that creatively uses bone conduction to turn the hand into a powerful communication device.  Kevin leads the team's vision, innovation, fundraising, and coffee consumption.  He won Hong Kong's inaugural Elevator Pitch Competition in 2016, and is actively involved in coaching and mentoring a new generation of hardware startup companies. The Origami Labs team has since received numerous awards, most recently being selected as Deloitte-HK Rising Stars 2017, and placing second in CES 2018 Techstar's pitch competition in ORII's first exposure abroad.

Nikhil Kamath, Co-founder Zerodha & True Beacon. Nikhil Co-founded Zerodha with his brother Nitin in 2010 with an aim to revolutionise the financial markets by adopting a transparent, ultra-low cost, tech-driven strategy to engage the largely untapped consumer market in India. Zerodha today has grown to over a million active users, facilitating 3 million orders daily, which accounts for about 15% of the daily equity volume in India. He co-founded True Beacon in 2019 to bring his fund management experience to a global group of ultra-high net worth strategic investors.

Duncan Chiu, Co-founder & MD of Radiant VC. Mr. Chiu graduated from Pepperdine University in the United States with a Bachelor’s in Business Administration. He has over 20 years of investment, merger and acquisition experience across Greater China, North America and Israel. He founded Radiant Venture Capital in 2014 to focus in early stage investments into tech startups.  Radiant Venture Capital has already invested more than 30 startup companies in China, United States, Israel and Hong Kong. He regularly participates in and holds technology and entrepreneurship exchange activities to share experience and provide guidance to startup entrepreneurs. Mr. Chiu is currently the President of Hong Kong Information Technology Joint Council, Director of Hong Kong Cyberport Management Company Limited and Member of the Board of Directors of Hong Kong Applied Science and Technology Research Institute Company Limited.

Sam Garg, Associate Professor Entrepreneurship and Strategy, Hong Kong University of Science and Technology (HKUST) Business School.  Prof. Garg is a pioneer and global leader in the research on board dynamics in privately-held ventures and when these ventures scale up into public-listed firms. Co-author of “Inspire to Innovate: Management and Innovation in Asia, which was shortlisted for the best management book of the year, he has co-founded an online payments venture. Prof. Garg has a PhD and M.A. from Stanford University and a B.Eng from National University of Singapore.

Prof. Erwin Huang, Adjunct Professor, Department of Information Systems, Business Statistics and Operations Management, Hong Kong University of Science and Technology (HKUST) Business School. He is an entrepreneur and a leader in a social enterprise in the eLearning field. He is the Co-Founder of DreamStarter, a community initiative that makes dream projects initiated by school students, by raising awareness, mentoring, crowdfunding and crowdsourcing support and Chairman of VR Educate Limited – Consultative Group. He is also Founder of Agent of Change, a young social enterprise aiming to provide low-price high-quality daily necessities to grassroots. Prof Huang has a PhD in Engineering Science and a BSc in Business Administration from Boston University