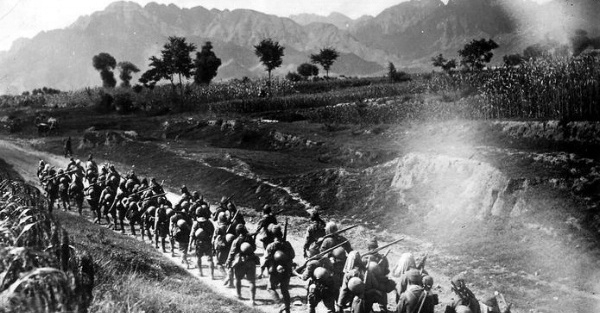 Facing History and Ourselves was founded in 1976 by educators who believed that instilling intellectual vigor and curiosity goes hand-in-hand with teaching facts and figures. Through the study of troubling events in history, such as the Holocaust and other historical moments of collective violence, we invite students to reflect on ethical and moral decision-making and the range of human behavior. Facing History has educational partnerships around the globe. We engage 5.8 million students yearly via our network of 58,000 educators and connect with the public through community events and extensive online resources.

In commemoration of the 80th anniversary of the atrocities committed at Nanjing, please join Asia Society Hong Kong, the Hong Kong Holocaust and Tolerance Centre, and Facing History and Ourselves for a public speaking engagement with Professor Rana Mitter, an award-winning scholar of Chinese history.

The Hong Kong Holocaust and Tolerance Centre (HKHTC) co-organizes this event with Facing History and Ourselves and ASHK. The HKHTC is a non-profit organization dedicated to the promotion, across Asia, of education and awareness of the Holocaust and different genocides. The HKHTC actively promotes seminars, workshops, exhibits and remembrance events that use the lessons of history to prevent anti-Semitism, discrimination, and genocide, as a way to advance tolerance and understanding among people, in order to make a positive contribution to our society and future generations.

Rana Mitter is the director of the University China Centre at the University of Oxford, where he is the professor of the History and Politics of Modern China. He is the author of several books, the most recent of which China’s War with Japan, 1937-45: The Struggle for Survival (Penguin, 2013: US title: Forgotten Ally) won the 2014 RUSI/ Duke of Westminster’s Medal for Military Literature, was named as a 2013 Book of the Year in the Financial Times and the Economist and was named a 2014 Choice Outstanding Academic Title. In the U.K., he is a regular presenter of the arts and ideas program Free Thinking on BBC Radio 3. He comments regularly on contemporary Chinese politics and society in media around the world, and his reviews and essays have appeared in newspapers including the Financial Times, International New York Times, Guardian, Telegraph, Caijing, and Outlook (India). He has spoken at forums including the World Economic Forum at Davos and the National Bank of Abu Dhabi Global Financial Forum. He was elected a Fellow of the British Academy in 2015.