(POSTPONED) Eye on 2020: The Upcoming U.S. Presidential Election and Its Potential Impact on Asia | Asia Society Skip to main content

(POSTPONED) Eye on 2020: The Upcoming U.S. Presidential Election and Its Potential Impact on Asia 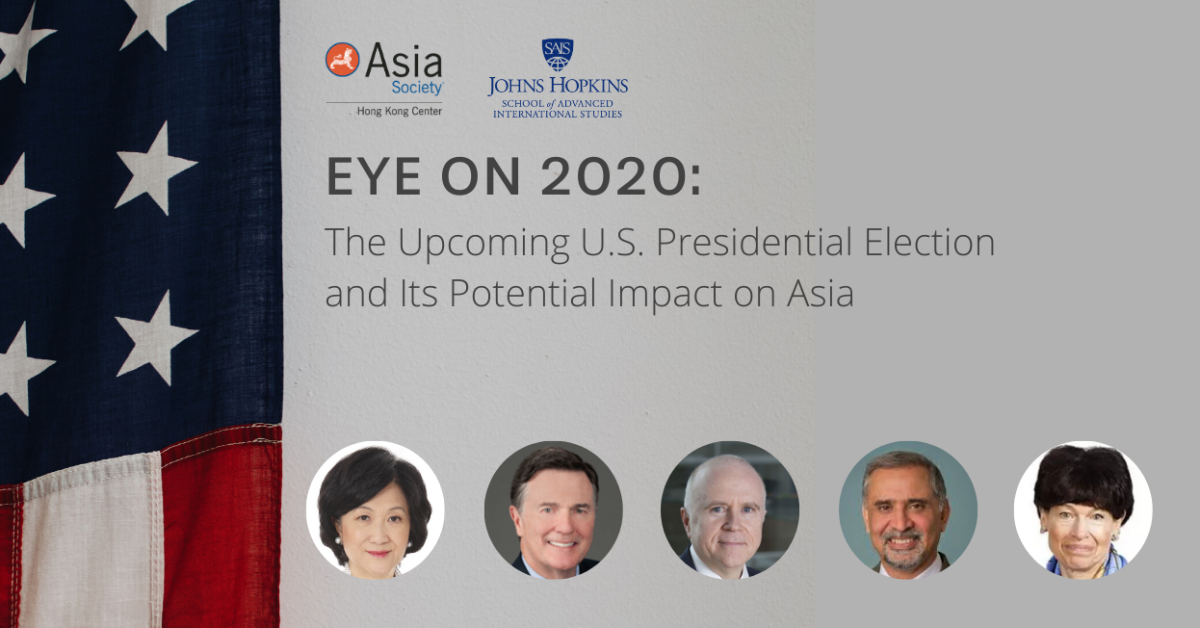 This event is postponed until further notice. We are sorry for any inconvenience caused!

Asia Society Hong Kong Center, in partnership with Johns Hopkins SAIS, is pleased to host the 3rditeration of the Johns Hopkins SAIS FORESIGHT and Regional Strategies Series. FORESIGHT is an annual program that convenes leaders from government, business and academia who shed light on various global geopolitical and economic challenges. As we begin 2020, the world’s attention will be on the U.S. presidential election, the result of which will likely impact Asian economies vis-à-vis trade and geopolitics. How will the outcome of the presidential race affect U.S.-China relations? What political and economic changes and risks will it bring to Asia? Join us for an evening of thought-provoking debate on the upcoming U.S. presidential race and its potential impact on the Asia-Pacific region.

Regina Ip is a Member of the Executive Council for the fifth term of the Hong Kong S.A.R. Government. She joined the Hong Kong Government in 1975, rising to the position of Secretary for Security, and resigned in 2003. Mrs. Ip established think tank Savantas Policy Institute in 2006. She was elected as Member of the Fourth Legislative Council in September 2008, and was re-elected in 2012 and 2016, respectively. Mrs. Ip founded the New People’s Party in 2011 and was appointed as Non-Official Member of the Executive Council in 2012. She established the Maritime Silk Road Society in 2015. She ran in both 2012 and 2017 Chief Executive elections.

Dennis Lockhart is former President and Chief Executive Officer of the Federal Reserve Bank of Atlanta. In that capacity, he served on the Fed’s Federal Open Market Committee. His tenure spanned the financial crisis, the Great Recession and several years of recovery. Mr. Lockhart retired in 2017. He is currently a distinguished Professor-of-the-Practice in the Nunn School of International Affairs at Georgia Tech.  Mr. Lockhart also sits on several for-profit and non-profit boards. His earlier career comprised banking, private investment and teaching at Georgetown University and Johns Hopkins University.

James McCormack is Managing Director and Global Head of Sovereign and Supranational Ratings at FitchRatings. He rejoined Fitch in 2013 from the Bank of Canada, where he held a senior credit role. Prior to this, Mr. McCormack served as Executive Director in credit risk management and advisory at Goldman Sachs in Hong Kong. He joined Goldman Sachs in 2010 from Fitch, where he held various senior roles in the Sovereign Ratings Group, including Head of the Asia-Pacific Sovereign team. Prior to joining Fitch, James was Country Risk Analyst for Export Development Canada and Economist for the Department of Foreign Affairs in Ottawa.

Vikram Nehru is Distinguished Practitioner-in-Residence at Johns Hopkins SAIS. He is an expert on development economics, growth, poverty reduction, debt sustainability, governance, and the performance and prospects of East Asia. His research focuses on the economic, political and strategic issues confronting Asia, particularly Southeast Asia. Mr. Nehru was Chair in Southeast Asian Studies at the Carnegie Endowment for International Peace, where he continues to serve as a Non-Resident Senior Fellow. He previously served in the World Bank, last as Chief Economist and Director for poverty reduction, economic management, and private and financial sector development for East Asia and the Pacific.

Henny Sender is Chief Correspondent for international finance at The Financial Times (FT), based in New York and Hong Kong. Before joining FT in 2007, she was The Wall Street Journal’s Senior Special Writer for Money and Investing, covering private equity and hedge funds. Prior to this, Ms. Sender spent 10 years in Hong Kong, covering regional finance for WSJ Asia and the Far Eastern Economic Review. She was part of a team at WSJ that won a Loeb award for coverage of the meltdown of the Amaranth hedge fund. She holds a Master’s degree from Columbia University School of Journalism and is a Council on Foreign Relations member.(Moderator) 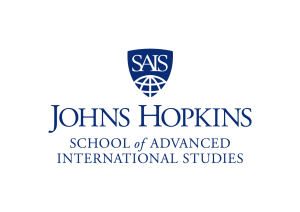