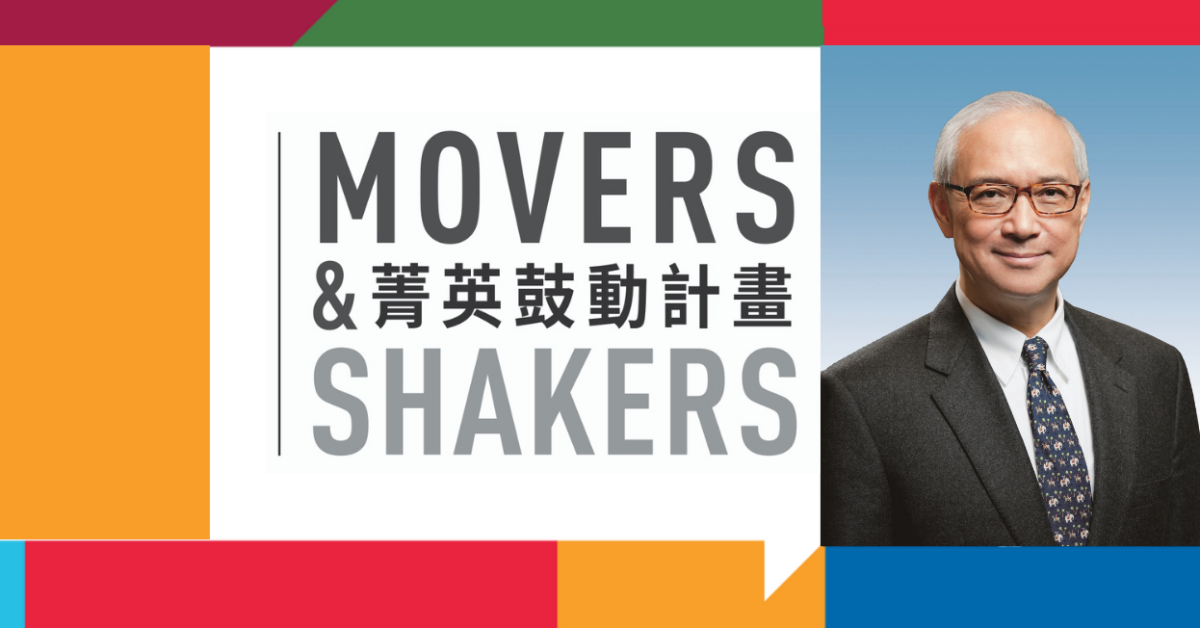 UPDATE - Please note that this event was originally scheduled to be held on August 13, but has now been POSTPONED until further notice.  We will be in touch with registered participants to advise of the new date once it is confirmed. Thank you for your understanding.

Our lives and careers are shaped by the sum of the decisions that we make on a daily basis. In every decision, we must choose between often divergent paths to travel towards the destinations we desire to reach. This is all the more true for anyone who aspires to be in a position of true leadership. As leaders, how important is it that our sense of direction and the road we take others on is guided by a strong moral compass? How does one calibrate such a moral compass – that is, how can we align our values, goals and deeds with a set of over-arching ethical principles? Is having such a moral framework a valuable tool and when should we lead with it even when it may be viewed as an inconvenient impediment to our professional goals? In this evening dialogue moderated by Mr. Ronnie C. Chan, Dr. Raymond Ch’ien, Chairman of Hang Seng Bank Limited, will unpack his highly accomplished life and career journey to demonstrate through his personal example why a fine-tuned moral compass is an essential tool for any effective and respectable leader.

Dr. Raymond K.F. Ch’ien, GBS, CBE, JP is Chairman of Hang Seng Bank Limited. He serves on the boards of The Hongkong and Shanghai Banking Corporation Limited, China Resources Power Holdings Company Limited, Swiss Re Limited and Swiss Re Asia Pte. Limited. His previous positions included Chairman of MTR Corporation Limited, Chairman of CDC Corporation and China.com, Non-Executive Director of HSBC Holdings and Group Managing Director of Lam Soon Hong Kong Group. In public service, he is an honorary President and past Chairman of the Federation of Hong Kong Industries. From 1992 to 2002, he was a member of the Executive Council of Hong Kong first under British Administration and subsequently Hong Kong SAR. He was Chairman of the Hong Kong/European Union Business Cooperation Committee. He was previously the Chairman of the Advisory Committee on Corruption of the Independent Commission against Corruption, the Industry and Technology Development Council and the Hong Kong Industrial Technology Centre Corporation Limited. Dr. Ch’ien received a doctoral degree in Economics from the University of Pennsylvania in 1978 and became a Trustee of the University from 2006 to 2016. He was appointed a Justice of the Peace in 1993 and a Commander in the Most Excellent Order of the British Empire in 1994. In 1999, he was awarded the Gold Bauhinia Star Medal. In 2008, he was conferred the honor of Chevalier de l’Ordre du Mérite Agricole of France.

Ronnie C. Chan is Chairman of Hang Lung Group Ltd. and its subsidiary Hang Lung Properties Ltd., both publicly listed in Hong Kong. The Group expanded into Mainland China in 1992, developing, owning and managing world-class commercial complexes in key tier one and tier two cities. He founded and chairs the China Heritage Fund, is Co-Founding Director of The Forbidden City Cultural Heritage Conservation Foundation, Beijing, and is former Vice President and former Advisor of the China Development Research Foundation in Beijing. He is a Fellow of the American Academy of Arts and Sciences, Chairman Emeritus of Asia Society and Chairman of the Asia Society Hong Kong Center, and Founding Chairman of the Centre for Asian Philanthropy and Society. He serves or has served on the governing or advisory bodies of several think tanks and universities, including Peterson Institute for International Economics, World Economic Forum, East-West Center, Pacific Council on International Policy, Eisenhower Fellowships, The Maureen and Mike Mansfield Foundation, University of Southern California, Indian School of Business, Yale University, Tsinghua University and Fudan University. (Moderator)

Movers & Shakers
Organized by the Asia Society Hong Kong Center and sponsored by the Ng Teng Fong Charitable Foundation, Movers & Shakers is a 12-month program aimed at developing global competence and leadership skills among Hong Kong students. The goal is to inspire and instill an innovative and entrepreneurial mindset amongst students, and to strengthen their future competitive edge in Hong Kong and beyond. To find out more about Movers & Shakers Programs and keep update with upcoming programs, join our community now on our dedicated Facebook Group @ASHKMoversShakers. Interesting and relevant content on our activities will be shared among the Group, and students will be encouraged to contribute.