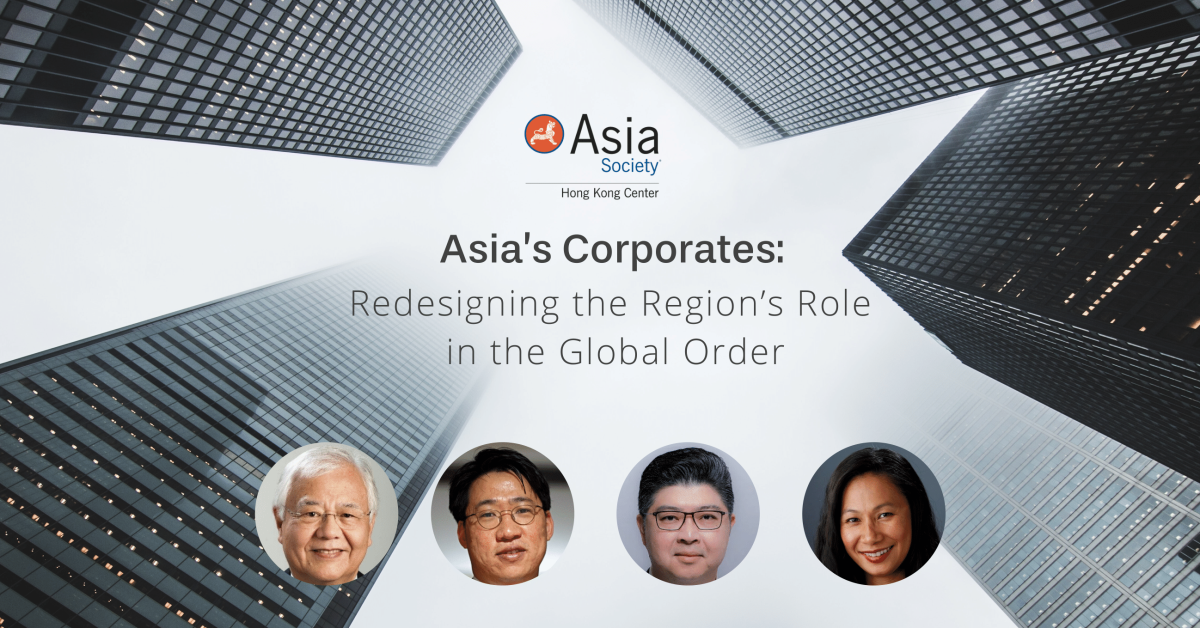 The Asian century has already begun. As the world’s largest regional economy, Asia has the potential to reshape the next phase of global business. The Earth’s largest and most populous continent already accounts for 42% of global GDP in purchasing power parity, with the share expected to rise to more than 50% by 2040. Asian firms now account for 40% of global revenue and invested capital, a significant increase of 10% points in a mere 10 years. Among all, family firms are a particularly prevalent form of business ownership, accounting for 85% of businesses in the region. What are the opportunities and evolving networks in the coming decade for Asian corporates? How will dominant family businesses evolve with a growing Asian market? In this context, this panel of Asia corporate experts will explore the future of Asia’s corporates and the ways in which Asia can redesign its role in the global order.

Roger King is Founder and Senior Advisor of the Tanoto Center for Asian Family Business and Entrepreneurship Studies, and Thompson Center for Business Case Studies at HKUST. He is also Adjunct Professor of Finance at the University. His teaching and research interests include family business, family office, corporate and family governance, and entrepreneurship. Among others, Prof. King is an Honorary Court Member of HKUST, member of the Ernst & Young Family Business Advisory Council and member of the Editorial Board of the Journal of Family Business Strategy. He is a graduate of the University of Michigan, New York University and Harvard Business School, and received his Ph.D. in Finance at HKUST.

Jeongmin Seong is Partner at McKinsey Global Institute (MGI), McKinsey & Company’s business and economics research arm. He leads MGI research teams in China, working on global as well as Asia and China-focused themes. Mr. Seong is currently working on a series of research with the theme of The Future of Asia, which unveils the potential opportunities from Asia’s network, corporate, technology and consumer. He also focuses on technology and innovation. Prior to joining MGI, Mr. Seong worked with companies focusing on consumer facing industries, including consumer electronics, retail and automotive as Associate Partner at McKinsey Greater China. He received his M.B.A. from Harvard Business School.

Lennard Yong is Group Chief Executive Officer at Tricor Group. In this role, he is responsible for the Group’s strategy and commercial operations. Prior to Tricor, his international experience spanned financial services in insurance, asset management and banking, having worked and lived in Australia, Asia and Europe for global financial services companies ING Group, MetLife and FTLife. Mr. Yong has held Chief Executive Officer roles in these financial services companies. He was an advisor from 2014  to 2018 to the Hong Kong S.A.R. Government’s Insurance Advisory Committee, former Chairman of the Hong Kong Federation of Insurers’ Life Insurance Council and serves as a current member of the Board of Governors of the American Chamber of Commerce in Hong Kong.

K. Oanh Ha is a senior reporter at Bloomberg News in Hong Kong covering business stories in the Asia region. She joined joined the news organization in 2010 as Vietnam bureau chief and also led a team overseeing Asia coverage of consumer and health care. She's also president of the Asia chapter of the Asian American Journalists Association. Before joining Bloomberg, she worked as a host and reporter for KQED Public Radio in San Francisco on its nationally-syndicated program, Pacific Time, examining the connections between Asia, the U.S. and Asian American issues. She also reported for the San Jose Mercury News, covering Asia Pacific affairs, technology and small businesses. She was born in Vietnam and grew up in California.

Click for directions
20200207T121500 20200207T140000 Asia/Hong_Kong Asia Society: (POSTPONED) Asia’s Corporates: Redesigning the Region’s Role in the Global Order This event is postponed until further notice. (President’s Circle Members Only) What are the opportunities and evolving networks for Asian corporates? In this context, this panel will discuss this.