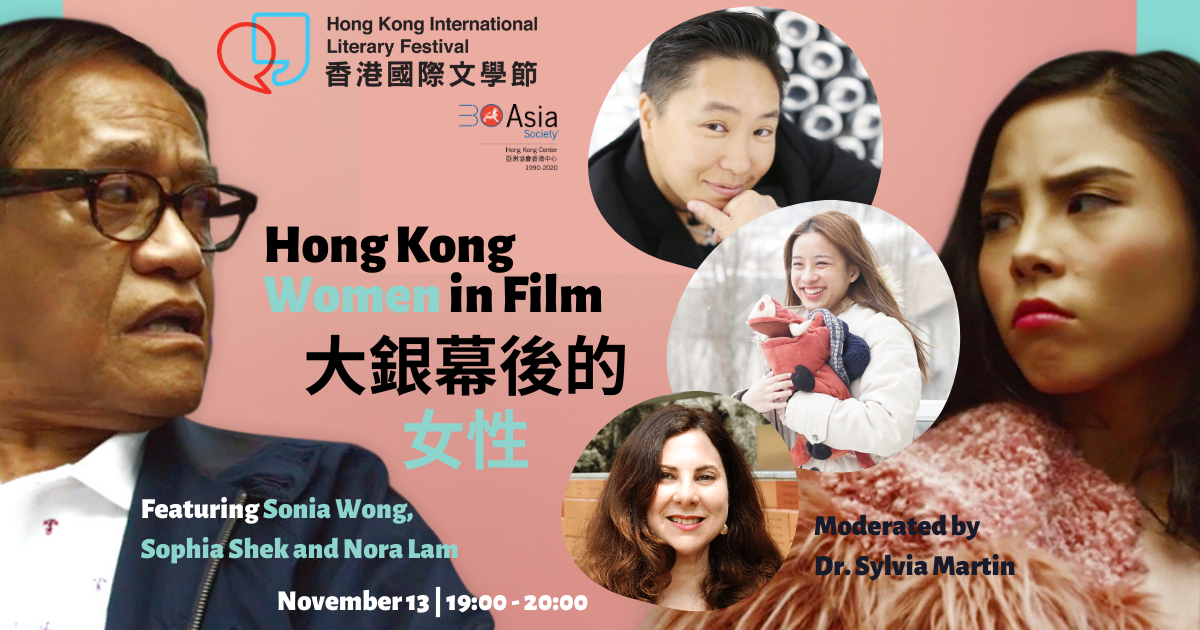 Our Hong Kong Film Focus series looks at writing and storytelling in the ever-popular medium of film, and tonight’s event examines the expanding role of women filmmakers. We welcome upcoming filmmakers Sophia Shek and Nora Lam, along with Sonia Wong, founder of Reel Women HK, an independent film festival devoted to the promotion of female-created films and art works. They consider issues of representation, diversity, and opportunity in the Hong Kong film industry, and how technology is changing how films are made, with Dr. Sylvia J. Martin, of the University of Hong Kong, author of Haunted: An Ethnography of the Hollywood and Hong Kong Media Industries.

Sophia Shek loves a good script and exciting challenges. Her passion for storytelling has taken the Scottish-Chinese filmmaker around the world. Sophia has worked on independent films and documentaries that explore queer and diaspora identities in recent years.

A 2017 Comparative Literature/ French graduate from the University of Hong Kong, Nora Lam is the director of documentary Lost in the Fumes, the Film of Merit awarded by the Hong Kong Film Critics Society in 2017. Her career started when she started making documentaries in 2014 when she was still a student in HKU. She has also directed fictional short films since 2018. Her films have been screened in international film festivals such as International Film Festival Rotterdam. She is now working as director, scriptwriter and film editor for various commercial and independent film and TV productions.

Sylvia J. Martin received her PhD in Anthropology from UC Irvine and is an assistant professor at the University of Hong Kong where she teaches in the Media, Culture, and Creative Cities in the Sociology MA program. A media anthropologist, Dr. Martins’ recent work examines the convergence between the U.S. state and Hollywood imagineering. Her monograph Haunted: An Ethnography of the Hollywood and Hong Kong Media Industries (Oxford UP 2017) is based on extensive fieldwork in both production sites, and she has published on media industries in Visual Anthropology Review, Media, Culture & Society and Critical Studies in Media Communication.