Muse from the Sea | Asia Society Skip to main content

Muse from the Sea 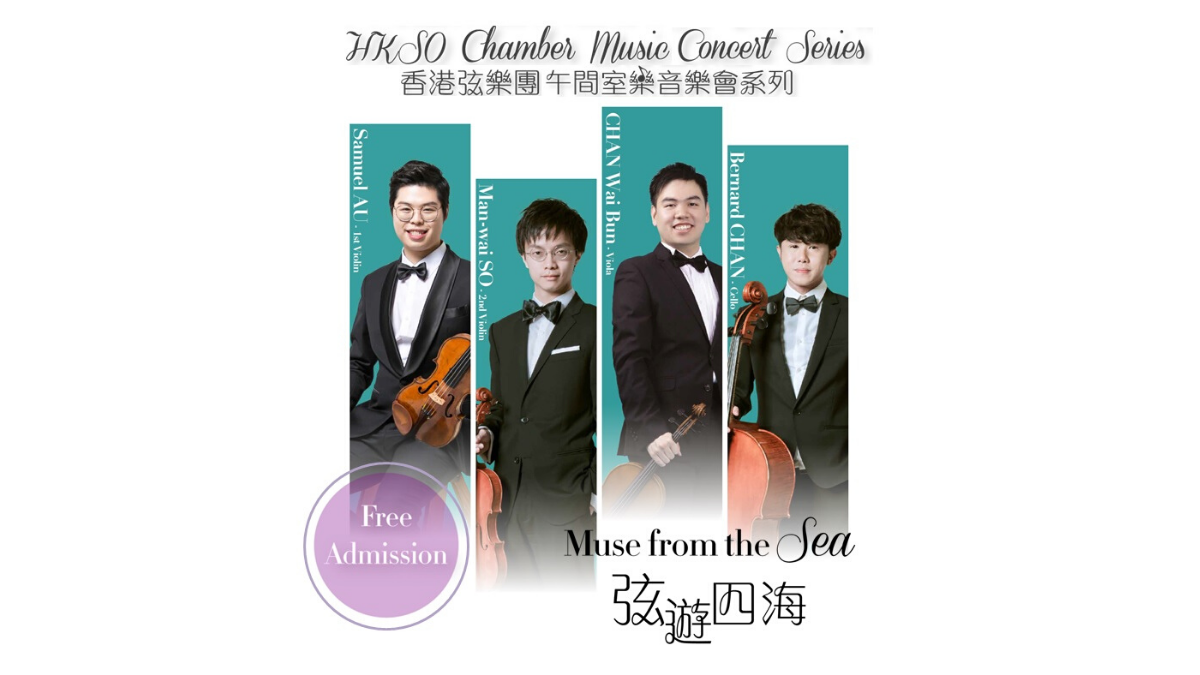 *Please note the program will be held at our Lippo Amphitheater, a semi-outdoor area, so please do dress up warmly.*

Some said ‘Life is an ocean and love is our boat’. Shall we make music our boat? Hong Kong String Orchestra Luncheon Chamber Music Concert will bring a wonderful afternoon to the audience. Musicians selected a series of works from different territories and proudly present Muse from the Sea. Enjoying their performance, you can wandering in the world with classic quartet pieces. Perhaps, in this hustle and bustle city, we need some good music to inspire us and carry on.

Samuel Au graduated with a Bachelor’s degree with first class honours under the tutelage of Nathaniel Vallois and further studied at the Royal Academy of Music, London, under the renowned violinist Maurice Hasson. He accomplished Master’s degree in Violin Performance with Academy’s highest performing award, the DipRAM. In Vienna, he achieved post-graduate diploma in Universitat fur Musik und darstellende Kunst Wien with Anton Sorokow, Concertmaster of Wiener Symphoniker.

Chan Wai Bun received his undergraduate musical training at The Chinese University of Hong Kong, studying viola performance with Ricardo Zwietisch. Supported by a scholarship, he then completed the Guildhall Artist Master programme under the tutelage of Matthew Jones in the Guildhall School of Music and Drama in London. He is one of the founding members of a local chamber music group The TimeCrafters.