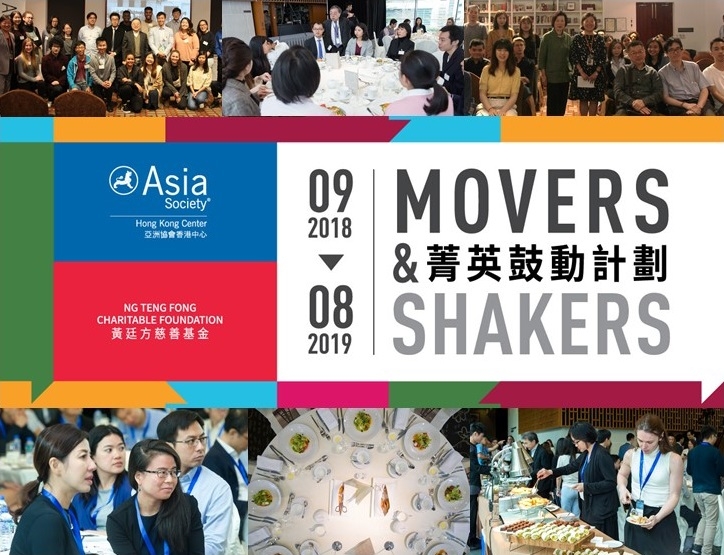 Please note the program is bilingual.

As the first year of the Movers & Shakers program series comes to a close, please join us for the closing dinner in the company of Jason Yip, Community Engagement Director, MWYO and Former Regional Head of Market, International Committee of the Red Cross and Ruby Yang, Academy Award-winning director and producer. These distinguished leaders will facilitate a sharing session with students and speakers who have participated in the series, and it will serve as an opportunity of reflection for students to share what they have learned, and for speakers to impart further career advice and experience sharing.

Ruby Yang has worked on a range of feature and documentary films exploring Chinese themes as director, producer and editor. She won an Academy Award for Documentary Short Subject in 2007. Ms. Yang is also known for her feature documentary Citizen Hong Kong and award-winning documentary My Voice, My Life, which was named one of “Hong Kong’s five most notable films of 2014” by The Wall Street Journal. She is a member of the Directors Guild of America, and Academy of Motion Picture Arts and Sciences. Ms. Yang was appointed by The University of Hong Kong as Hung Leung Hau Ling Distinguished Fellow in Humanities in 2013. She now heads the Hong Kong Documentary Initiative at The University of Hong Kong, which aims to nurture the next generation of documentary filmmakers in the region.

Jason Yip is Community Engagement Director at the Hong Kong-based youth think tank, MWYO. Prior to this, he was Regional Head of Market of the Government Affairs and Donor Relations Division of the International Committee of the Red Cross (ICRC), covering Greater China, Malaysia and Singapore. During his time at the organisation, Mr. Yip has worked at the Geneva headquarters to develop dialogue and mobilize resources with member states to the Geneva Convention, and was also stationed in Palestine, Afghanistan and Myanmar as ICRC Delegate. He was responsible for developing and implementing ICRC’s humanitarian initiatives in the battlefield and also engaged in emergency relief. Mr. Yip began his career as an analyst at Goldman Sachs, and speaks English, Cantonese, Mandarin, French and Japanese.

Movers & Shakers
Organized by Asia Society Hong Kong Center and sponsored by the Ng Teng Fong Charitable Foundation, Movers & Shakers is a 12-month program series aimed at developing global competence and leadership skills among Hong Kong students. The goal is to inspire and instill an innovative and entrepreneurial mindset amongst students, and to strengthen their future competitive edge in Hong Kong and beyond. To find out more about the series and keep up-to-date with upcoming programs, join our community in our dedicated Facebook Group @ASHKMoversShakers. Interesting and relevant content on our activities are shared with the group, and students are encouraged to contribute and exchange their thoughts.