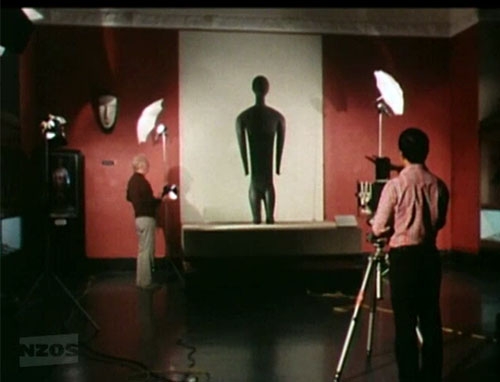 Brian Brake (1927-1988) is regarded as New Zealand's most successful international photographer. He was primarily known as a documentary photographer; his work appeared regularly in iconic photo journals Life, Paris Match and National Geographic. Brake also worked in motion pictures, as both director and cinematographer. He shot or directed many classic films for the government's National Film Unit in the late 40s and early 50s, including the first New Zealand’s film nominated for an Academy Award (Snows of Aorangi). Later he headed overseas to work for prestigious photo agency Magnum and snapped famous shots of Pablo Picasso at a bullfight and the Monsoon series for the Life magazine.

In the documentary Inspiration — made shortly before his 1988 death — Brake reviews his lifelong quest for “mastery over light”: from an Arthur’s Pass childhood to a fascination with Asia. He recalls his time at the National Film Unit and is seen framing waka huia, Egyptian tombs, and punters at Castlepoint’s beach races (for a new version of the book Gift of the Sea).