India by the Bay 2022 | Asia Society Skip to main content 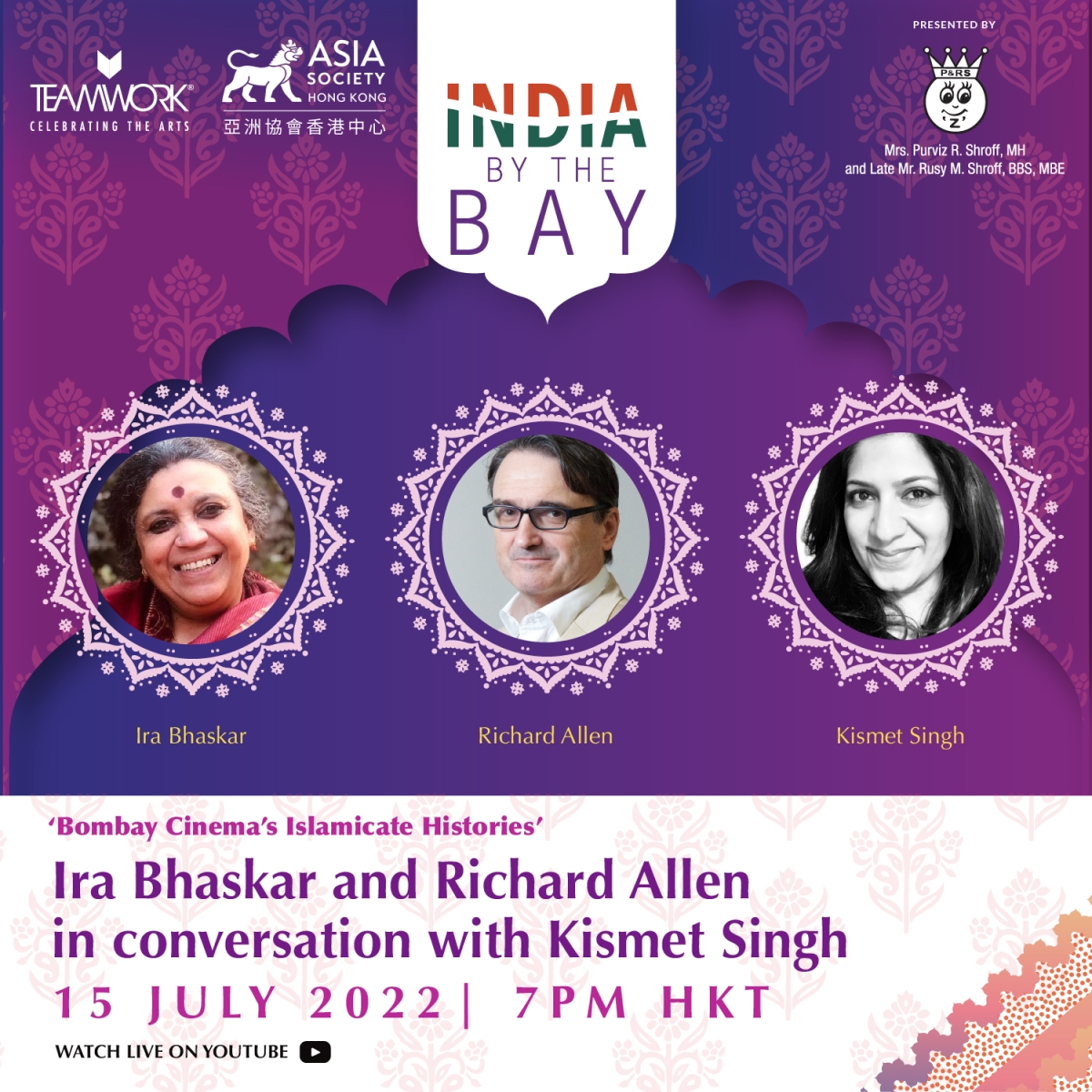 India by the Bay presents a conversation with the editors of the book Bombay Cinema’s Islamicate Histories, an engaging account of the history and influence of these cultures on Bombay cinema.

Moderated by Kismet Singh, a Hong Kong-based journalist with a career that’s spanned Hong Kong, New York and New Delhi, the session promises to be an exciting one. Kismet will be in conversation with Richard Allen, acting dean of the School of Creative Media and chair professor of Film and Media Art at City University of Hong Kong; and Ira Bhaskar, professor of cinema studies at the School of Arts and Aesthetics, Jawaharlal Nehru University, New Delhi as they discuss their book. It is comprised of 14 essays written by major scholars, exploring the ways in which the traditions of Islamicate culture permeate and inform the cinema of Bombay, now known as Bollywood.