India by the Bay 2020 | Asia Society Skip to main content 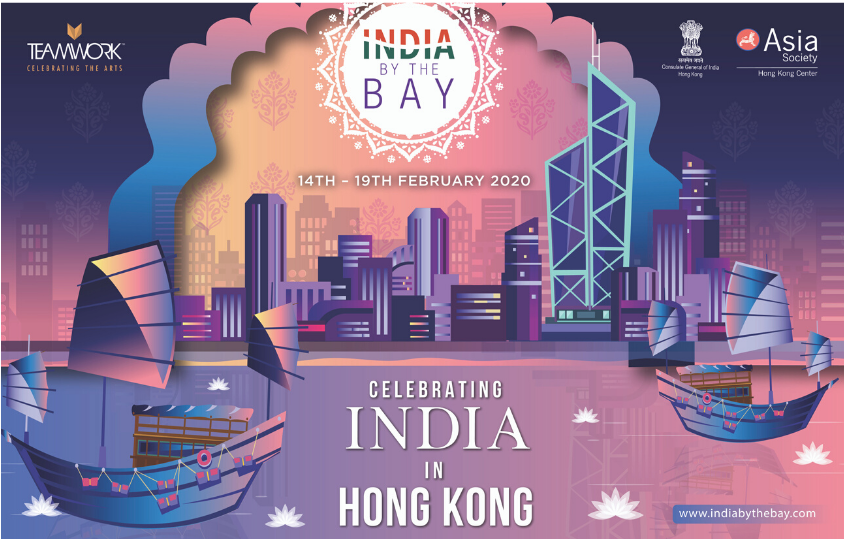 India by the Bay returns for its sixth edition to Hong Kong from February 14th to 19th, 2020.

The relationship between India and Hong Kong has strengthened each year as the Festival reaches out to a wide audience across a diaspora of communities. This year, India by the Bay continues to showcase a diverse and vibrant programme, bringing the best of India to Hong Kong in a week-long celebration of the arts.

The Festival is carefully curated to represent a mix of artistic expressions through a mix of programming that includes the classical and the contemporary, across genres of music, theatre, dance, food, wellness, film and literature. 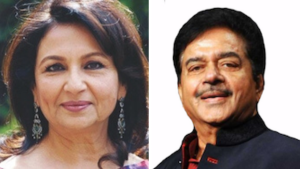 Join the iconic Bollywood film stars Shatrughan Sinha and Sharmila Tagore in an intimate session where they share their stories, thoughts & views. Both are recipients of awards for their multiple achievements, have gone beyond the silver screen and are actively involved in philanthropy and other activities.

Sharmila Tagore recipient of the Padma Bhushan, began her acting career in 1957 with Satyajit Ray’s Apur Sansar. Since then, she has acted in over 100 Bengali and Hindi films and has won numerous awards for her performances. In 1999, she was honoured with the distinction of Officer de L’Ordre des Arts et des Lettres by the Government of France. She is also a member of the prestigious Academy of Motion Picture Arts and Sciences and is actively involved in social work in both India and abroad.

Shatrughan Sinha is one of India’s most beloved film stars, a popular political leader and committed social crusader.  Sinha began his film career in 1967; he had his first significant break in the movie 'Saajan'. With his impressive baritone and dialogue delivery, he was soon catapulted into the big league of mainstream commercial cinema while remaining a powerful persona in 'parallel' films. He has acted in over 200 Hindi films and is a recipient of several prestigious awards. He is an active philanthropist and a widely-travelled dignitary having addressed the United Nations General Assembly twice.

There will be a post event cocktail reception from 8pm to 9pm. 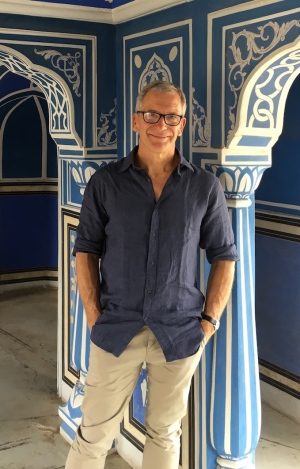 Join John Zubrzycki’s as he travels down magical roads in his session at India by the Bay where he discusses Jadoowallahs, Juggler and Jinns, a book that traces the evolution of Indian magic. The diplomat and author’s new book tracks fakirs and rope tricks and explores how Indian enchanters and their traditions have had a huge influence on the rest of the world.

John Zubrzycki’s first experience of India was a dorm bed at the Salvation Army Guest House in Calcutta 40 years ago. Since then, he’s chalked up a degree in Indian history, travelled to every corner of the subcontinent, worked as a diplomat and foreign correspondent in New Delhi and written three eclectic books on India.

Session 2 : Gandhi in Times of Violence 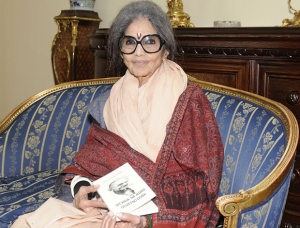 Mohandas Karamchand Gandhi was destined to be the conscience and political catalyst of his age. His distinguished granddaughter, Tara Gandhi Bhattacharjee, speaks to Sanjoy K. Royof the vision of the Mahatma, his genius, his vulnerability, and the enduring legacy of non-violence that he bequeathed to a troubled world

Tara Gandhi Bhattacharjee was born in 1934 in New Delhi. She is vice-chairperson of the Gandhi Smriti, an activist who works extensively with rural women and children, and the author of Reflections of an Extraordinary Era. For over 25 years, she has worked for the Kasturba Gandhi National Memorial Trust, founded by Mahatma Gandhi in the memory of his wife, a trust that serves women and children of rural India.

Session 3 : Khooni Vaisakhi a poem from the Jallianwala Bagh massacre 1919 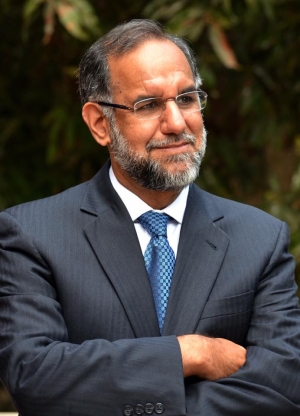 Written originally in Punjabi by former diplomat Navdeep Suri’s grandfather who survived the brutal Jallianwala Bagh massacre, Khooni Vaisakhiis not only a poignant piece of protest literature but also a historical artifact and a witness to how Sikhs, Hindus, and Muslims came together to stand up to colonisation and oppression during one of India’s darkest moments. Featuring the poem in translation and in its original, this bilingual book is accompanied by essays by Navdeep Suri, Punjabi literature scholar H.S. Bhatia and BBC correspondent Justin Rowlatt.

Navdeep Suri recently retired as India’s Ambassador to the United Arab Emirates and has earlier held diplomatic assignments in Australia, Egypt, South Africa, the UK and the United States. After The Watchmaker and A Life Incomplete, he has translated Khooni Vaisakhi, an epic poem written in 1920 by his grandfather Nanak Singh.

Session 4 : Close to The Bone - A Memoir 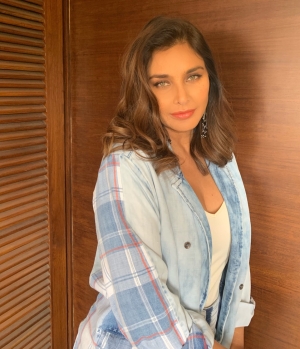 Lisa Ray’s bestselling debut novel Close to the Bone chronicles her life in a personal and moving narrative. Her illustrious career in the modelling and entertainment arts began at the early age of sixteen. Recognised as one of India’s first supermodels, Lisa has made several forays into acting, memorably in the Oscar-nominated ‘Water’, and television ('Top Chef Canada' and 'Oh My Gold'). Her upcoming acting releases include A.R. Rahman’s first production, ‘99 Songs’. When she was first diagnosed with a rare blood cancer in 2009, she chose to share her experiences in a blog called ‘The Yellow Diaries’ which led to the publication of her much-acclaimed memoir. She is a well-known advocate for cancer awareness through her writing and public talks. She often shuttles between Mumbai and the world and in the past, she has also lived in Hong Kong for 4 years 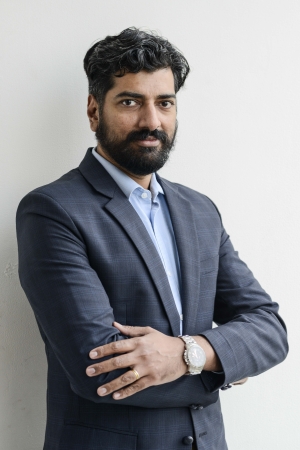 Join Author Sandeep Unnithan as he discusses his bestselling book, Operation X, an authentic account of the guerilla operation that contributed towards India’s ultimate victory in the December 1971 Indo-Pak war.

Sandeep Unnithan is Executive Editor with India Today, where he writes on issues of national security. His first book, Black Tornado: The Three Sieges of Mumbai 26/11, deals with the military aspects of the November 26 Mumbai terrorist attack

Session 6 : Koh-i-noor – The Mountain of Light 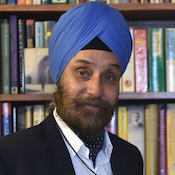 Navtej Sarna’s passionate biography, The Exile, is a poignant novel about Maharaja Duleep Singh, the younger son of the great Maharaja Ranjeet Singh of Punjab, who signed away the Kohinoor to Queen Victoria when he was only 11. In this session, he presents the riveting story of the Kohinoor, the Mountain of Light.

Navtej Sarna is the author of the novels The Exile and We Weren’t Lovers Like That, the short story collection Winter Evenings, non-fiction works The Book of Nanak, Second Thoughts and Indians at Herod’s Gate, as well as two translations, Zafarnama and Savage Harvest. A professional diplomat since 1980, he has served as High Commissioner of India to the UK and Ambassador to Israel. He was India’s Ambassador to the United States till December 2018. 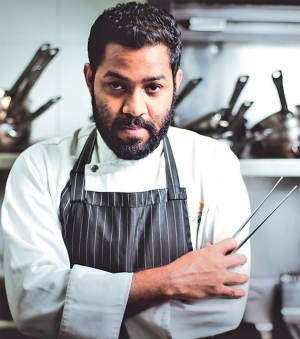 The much-awaited ‘Gala Dinner’ is always an irresistible draw. A flavourful mix of exotic and subtle cuisine and inimitable style against a backdrop of elegance, this year India by the Bay takes you on a culinary and a sartorial journey across the country.

A culinary journey: Chef Picu of Jamun will be in conversation with Sanjay Garg of Raw Mango the rich textile legacy of India followed by an exquisite fashion show highlighting India’s bounty of weaves. Models wearing quintessential Raw Mango attire will present outfits that reflect the beauty of Indian fashion as Chef Picu serves up delicacies from the states they represent in their textile choices.

The Chef: Acclaimed Indian chef, Rahul Gomes Pereira or Chef Picu, will provide the perfect gastronomical experience in Indian fine dining and delight guests with authentic flavours from across India. His well-known restaurant Jamun in Delhi is an eclectic food destination, embracing India’s vast range of flavours with recipes from Kashmir to the Deccan.

The Food: Indian cuisine reflects a 5000-year history of regions, cultures, and communities that have resulted in a vast range of flavours and a host of indigenous traditions. Chef Picu has created a menu with handpicked dishes from Bengal, Goa, Kashmir, Kerala and Rajasthan. A medley of spices, aromas and taste awaits you.

Raw Mango by designer Sanjay Garg is known for its signature colours and motifs which draw from the philosophies and cultures of India to create a unique perspective through design. With roots in craft and community, Raw Mango’s relationship with handloom began in 2008 as an investigation of possibilities. As a design house, it continues to create new conversations in textile, culture and politics through a range of saris, garments and objects. Created with artisans across Rajasthan, Madhya Pradesh, West Bengal and Varanasi, Raw Mango’s designs innovate upon centuries-old skills to define a new aesthetic vocabulary.

9:00 am to 9:30 am: Morning Ragas
Start the day with positivity and calm with soothing ragas.

9:45 am to 10:30 am: Dynamic Yoga with Daniel Simpson (Postural Practice)
Join Daniel Simpsonas he teaches yogic postures sequenced with breathing techniques. A scholar and teacher of yoga, Daniel draws on traditions that have shaped modern practices, touching on Ashtanga and the Iyengar methods.

Kindly bring your own Yoga Mats. This session is on a first come first serve basis.

11:45 am to 12:30 pm: Music with Harpreet
Harpreet’s deep and soulful voice will take you on a mystical journey of making new perspectives.

12:30 pm to 1.00 pm: Lunch Break
A specially designed vegetarian lunchbox by SpiceBox Organics will be available for sale to all participants. This is not included in the ticket price.

1:15 pm to 2:00 pm: Ayurveda & your body with Dr Ramkumar
This special workshop on the ancient science of Ayurveda, presented by Dr Ramkumar,Founder-Director of Punarnava Ayurveda, will demonstrate how Ayurveda can be applied to daily life.

2:15 to 3:15 pm: Connect Through Story Telling - Discovering India through stories
Storytelling is in our DNA. It is how we have connected since the dawn of history and shared knowledge and lived-experiences through generations.  Join Hong Kong Storiesfor an hour of true stories on the theme of India - stories that may remind you that you are not alone, and we are not that different after all!

3:30 pm to 4:30 pm: Art Therapy with Puneeta Roy
Spend an hour immersed in the deeply meditative space of art in a workshop conducted by Puneeta Roy. Using art as tools for self-exploration, Puneeta encourages creative visualisation and pushes the boundaries of one’s imagination. 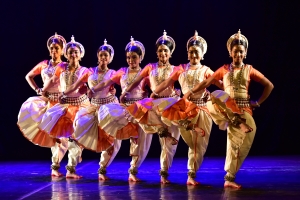 Indian Classical Dance (Odissi): Spend a mesmerising evening with this dynamic group of dancers who perform a bouquet of neo-classical Odissi dances at India by the Bay. The Srjan ensemble is one of India’s leading Odissi dance repertory groups. Under the artistic direction of Guru Ratikant Mohapatra, Srjan performs extensively within India and abroad, presenting compositions in the neo-classical Odissi style, which includes new and improvised movements from the Natyashastra. Trained in the legendary Guru Kelucharan Mohapatra’s style, the ensemble members perform Anweshanaa, a bouquet of Odissi dances which feature - Vinayaka Smarane, Synthesis, Jatayu Mokshya, and Kirwani Madhurima, concluding with Vande Mataram. 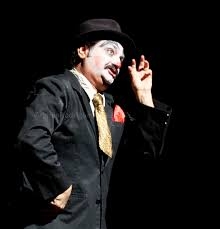 Nothing Like Lear is a devised performance based on Shakespeare’s King Lear, this solo act seesKing Lear through the eyes of a clown and views him as a man, a father, an outcast, and as a child. A fool is seen through the eyes of a fool with a single actor on stage, an old clown: an entire life is lived within the tempest of theatre.

The search for Lear brings us to the eye of the storm - the self. Memories are unravelled, stories half-sung, a whirlwind ensues where Shakespeare’s pages are strewn about only to resurface as a murky collage, a flight of dreams is plunged into darkness, a daughter is lost to the mountains of the past and so many lifetimes are relived to arrive at one single moment of preciousness. This is a search for a contemporary tale of a father and daughter. 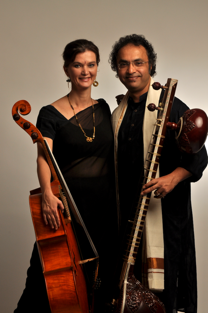 A concert by Sitar player Shubhendra Rao, leading disciple of 20th century sitar maestro Ravi Shankar in duet with Cellist Saskia Rao-de Haas. To celebrate the birth centenary of  Maestro Ravi Shankar the performance will showcase the collaborative elements of his legacy. The evening will include the classical and traditional and also have collaborative performances with local pipa performer Belle Shui (with the kind permission of the Hong Kong Chinese Orchestra) and guitarist Tjoe Man Cheung. 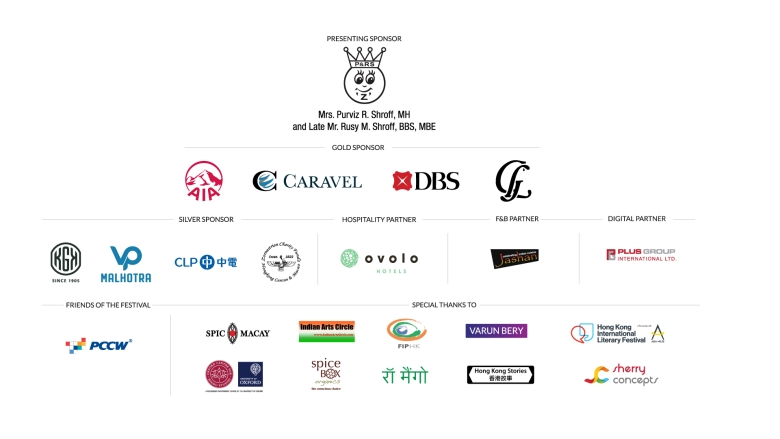