India by the Bay 2019 | Asia Society Skip to main content 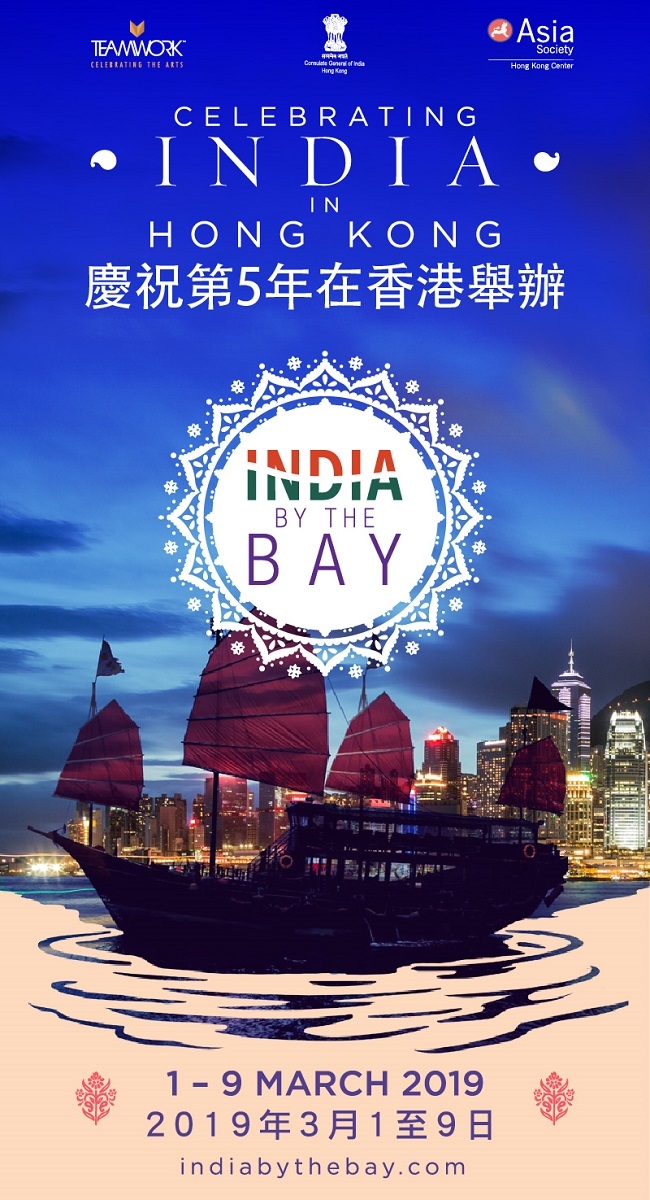 India by the Bay returns for its fifth edition to Hong Kong! The relationship between India and Hong Kong, already infused by the warmth of the multi-cultural canvas that both possess, is strengthened each year by the Festival’s showcase of a diverse and vibrant program. India by the Bay brings the best of India to Hong Kong with a marvellous mix of events across a breadth of genres. Music, dance, film, food, theater, yoga, literature and art will be on offer in a diverse and eclectic program that audiences can savor through the course of the Festival week.

A unique opportunity to experience India’s eclectic culture, both classic and contemporary, India by the Bay 2019 hopes to reach out to a wide audience, from local as well as diasporic communities. It promises a rich mix of artistic expressions through a week-long celebration of the arts.

Film — In conversation with Manisha Koirala 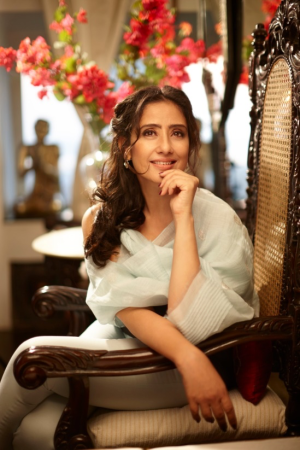 Spend an evening with one of Bollywood’s most versatile and multi-faceted actresses: Manisha Koirala. Manisha will be in conversation with Sanjoy K. Roy, to share her extraordinary journey in life and cinema.

Koirala made her acting debut in 1989 in Nepali Cinema before making her maiden Bollywood film Saudagar in 1991. From hits like 1942 a Love Story in 1994 to the biopic Sanju in 2018, Koirala has portrayed a variety of interesting characters. She is a stage performer and has contributed as an author to the book Healed which chronicles the story of her successful battle against cancer. She aligns herself to social causes that work towards women's rights, prevention of violence against women, prevention of human trafficking, cancer-awareness, has been Goodwill Ambassador for the United Nations Population Fund, and was involved in relief works after the April 2015 Nepal earthquake. 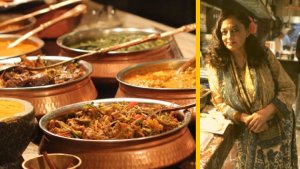 Savor a regal feast delving into flavors straight from Delhi’s majestic past and eclectic present — served fresh at an evening in Hong Kong!

Author of the cookbook Jasmine and Jinns: Memories and Recipes of My Delhi, Sadia Dehlvi belongs to a family that has a centuries-old connection with the city of Delhi, which has served as the capital to several empires, has had its history and cuisine influenced and refined by years of interaction with different communities.

Join Sadia as she shares her family’s carefully-preserved recipes that showcase the flavors of Delhi and its rich and complex culinary tradition at an evening of cuisine and culture from one of the world’s oldest and most fascinating cities. 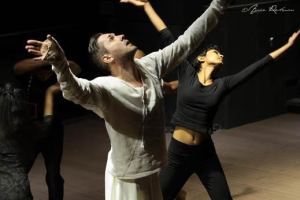 Gilles Chuyen has trained in France in folk, modern jazz, ballet and contemporary dance styles & has been working in India since 1994. He has been teaching Bollywood dance styles extensively in India, U.K. and South Africa.

The workshops at India by the Bay are in collaboration with the Hong Kong Youth Arts Foundation. Workshops are conducted in English.

Rooted in the Indian tradition of using the body as a medium for storytelling, Bollywood Dance is a high-energy mix of classical Indian folk dance fused with new dance influences. In this upbeat workshop, after learning how to effectively isolate various parts of the body you will be taught a choreography blending traditional elements of facial expressions and hand gestures with modern moves.

Come & explore with us this exhilarating dance style, where words become gesture and emotion gives birth to movement. This public workshop is open to all ages and skill levels. Whether you have been dancing for years or just experiencing Bollywood dance for the first time, you will surely come away feeling alive & energized. 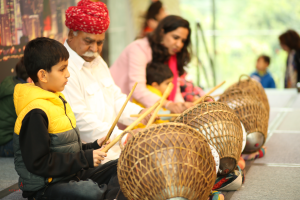 After the 2018 event that saw over 800 attendees, we bring Family Day back with a specially curated event for children and parents. ‘Family Day’ will feature fun-filled activities and performances that will fire up the imagination of children across ages. The day will give children an opportunity to learn and “ideate” with versatile mentors outside the walls of a classroom.

Literature — Stray Birds on the Huangpu: A History of Indians in Shanghai 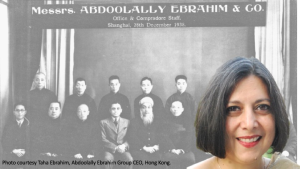 Stray Birds on the Huangpu: A History of Indians in Shanghai is a work of history that chronicles the struggles, the stories and the triumphs of the Indian diaspora in Shanghai.  Join the co-editors; Mishi Saran and Dr. Zhang Ke as they discuss the book.

This evening’s panel discussion will also include Madhavi Thampi, author of the seminal work, Indians in China: 1800-1949.

Mishi Saran is an award-winning novelist. She also authored an acclaimed Silk Road travelogue, following the footsteps of 7th Buddhist monk Xuanzang to India: Chasing the Monk’s Shadow, A Journey in the Footsteps of Xuanzang will be relaunched by Penguin in August 2018. Her novel The Other Side of Light was shortlisted for the 2013 Commonwealth Writers Book Prize. Saran has published articles/essays in global media and participated in numerous literary festivals and literary residencies. She lived in Shanghai from 2006-2014. She is writing a new novel set in 1930s Shanghai. Saran was born in India and has lived in Hong Kong and China since 1994. She writes in English and is fluent in Mandarin, French and Hindi.

Dr. Zhang Ke, Executive Director of the Asia Research Center at Fudan University to be co-editor. Dr. Zhang got his Ph.D. Degree at the department of history in Fudan University in 2009, and now works as an associate professor there. He is a published scholar in the field of the transnational history of ideas. His current book project focuses on Sino-Indian cultural connections in the modern era. He too helped shape the book’s direction and added to the concept note. 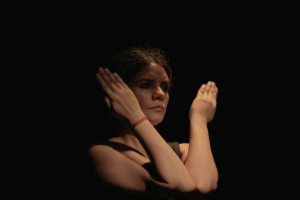 Jyoti Dogra’s Notes on Chai makes its Hong Kong debut following acclaimed performances in India and around the globe. It is a collection of snippets of everyday conversations inter woven with abstract sound explorations that attempt to relocate our relationship with the everyday. The numerous conversations that take place over a cup of tea (chai) has inspired this contemporary solo play. The abstract sound explorations are inspired by Tibetan chanting, Western Harmonics and Extended vocal techniques.

The play attempts to explore the inner and outer landscape of individual lives bringing forth the immediacy, humor and pathos of the everyday through metaphors created with the body, voice and text. While images, stories and segments work with singular details, the collage attempts to create a collective experience of life in big cities through a series of images and conversations simultaneously in the everyday world and at the edge of it.

Jyoti Dogra is a theatre practitioner based in Mumbai. She has been devising, directing and performing original works that are strongly invested in the body exploring physical and vocal (sound) imagery, with only minimal design support. Her works have been showcased in India, Singapore, Tokyo, USA, London, Manchester, Denmark, Zurich and Berlin. 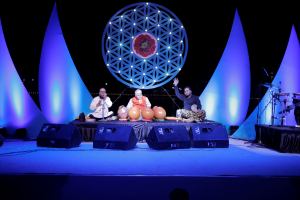 At India by the Bay 2019, three generations of the gifted Vinayakram family will perform together as testimony to their unmatched dedication and love for music. They will enthrall audiences with their superlative skills across a series of traditional percussion instruments: the ghatam (Vikku Vinayakram), hand-drums (Selvaganesh), morsingh (Umashankar) and the kanjeera (Swaminathan). 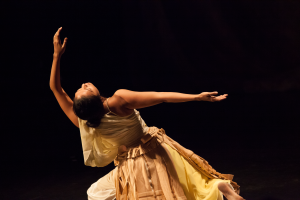 Majuli is a stunning and picturesque island in Assam’s mighty Brahmaputra river and also the world’s biggest river island. This performance tells the tale of Majuli through an intense and evocative narrative of movement, dance and theatre. Inspired by the mystique of the Brahmaputra, the landscape of Majuli and the social, cultural and spiritual life of its people, it weaves together a story of the intricate bond between people and their land, and their close relationship with ‘their’ river, both life-giver and destructor.

Set to music created by instruments used by the Assamese, Deori and Mising communities of Majuli, the performance has dancer Shilpika Bordoloi meander in the rhythm of a river. Pleasure, pain, flirtation, love, catharsis, and spiritualism characterize her performance, which is overlaid by the motif of the ‘boat’ against a backdrop of rain. Shilpika Bordoloi is a well-known classical dancer and has trained in Manipuri and Bharatanatyam dance forms as well as in martial arts. 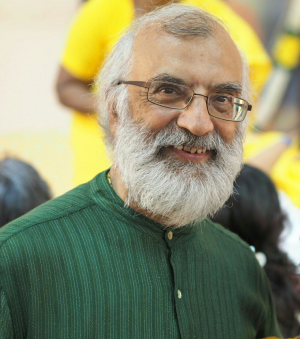 Yoga Meditation – Mind in the Moment. A Lecture Demonstration on Yoga Psychology

A lecture-demonstration on Yoga Psychology by Dr. Ramesh Pattni, D.Phil. (Oxford) which brings a rare opportunity to learn from one of the most accomplished global scholars of Yoga. Keep your mind in the moment with techniques on meditation and mindfulness to help you reach that elusive state of mental equanimity. This will be an invigorating session to equip attendees with the tools needed for an ideal balance in everyday life as they begin to think clearly and positively.

A psychologist and a Hindu theologist with four Master’s degrees, Dr. Ramesh Pattni’s research lies at the intersection of both theology and the science of psychology. 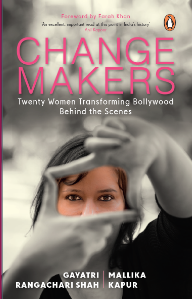 The power of women, the power of film, and the juxtaposition of the two will form a heady mix at an evening’s presentation at the Festival. Authors Mallika Kapur and Gayatri Rangachari Shah will be in conversation with award-winning fashion stylist Anaita Shroff Adajania (Fashion Director, Vogue India) to discuss their book Changemakers, a collection of unique stories outlining the lives and experiences of twenty of the women (of which Adajania is one) who work tirelessly behind the scenes to fuel Bollywood, one of world’s largest and busiest film industries.

Historically women have played a part in Bollywood’s success, both in front of the camera and away from it. This book tells the story of twenty incredible women, many with no prior 'connections' in the industry, who have carved successful careers despite significant challenges. They often work away from the public gaze-as studio heads, producers, directors, make-up artists, stylists, script writers, lyricists, editors, choreographers, stunt artists, set designers, and in the many other jobs that support the making of a movie. These women deserve to be applauded and their journeys acknowledged, as they succeed in transforming Bollywood and in the process, create a new India. 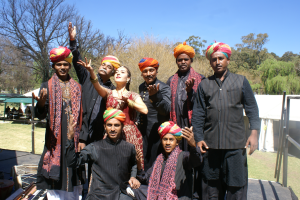 Mesmerizing music by award-winning Rajasthani World Music band Rajasthan Josh. The performers will create magic with the ‘nagada’, a drum they have mastered over generations of traditional training, along with vocal styles ranging from the mystic Sufi to bhajans and popular folk songs of Rajasthan. With sold-out shows across the globe, this band can’t be missed by those who would like to enjoy a music. A once-in-a-lifetime experience of sublime and electrifying music. 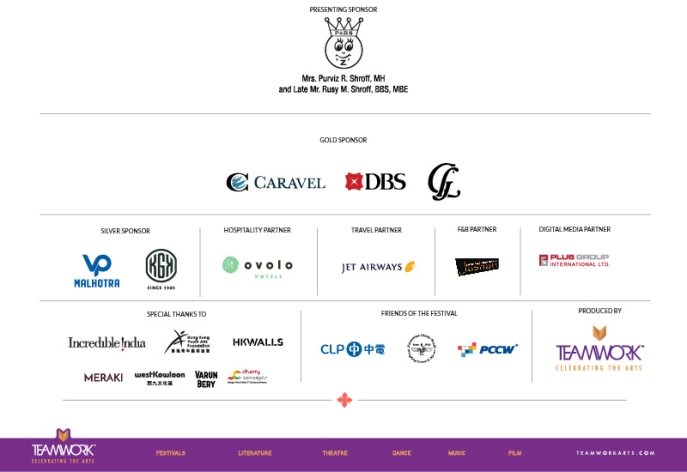