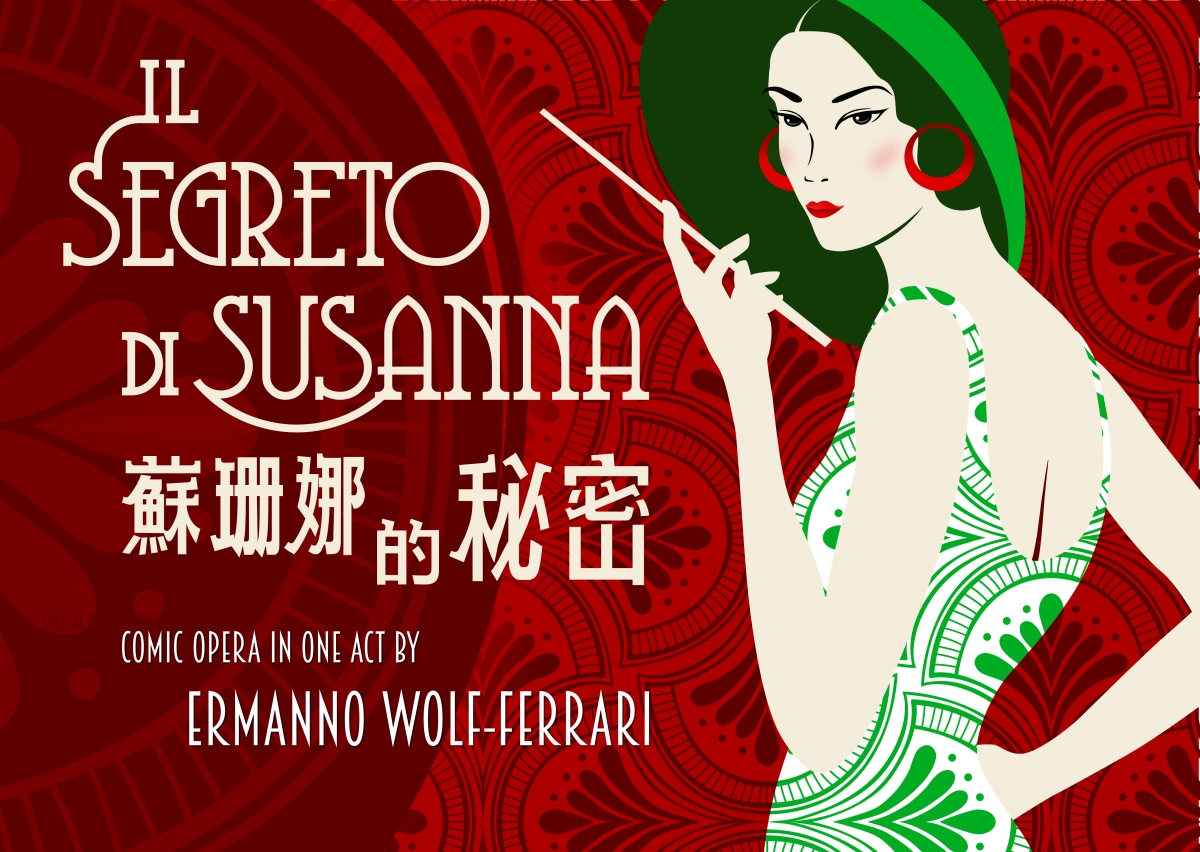 * Sung in Italian, with English and Chinese subtitles

A joint production of the Dante Alighieri Society and ASHK as part of the Italia Mia Festival with sponsorship of the Muses Foundation for Education & Culture.

The delightfully frivolous Il segreto di Susanna (Susanna’s Secret) is an intimate and approachable one act comic by Ermanno Wolf-Ferrari from 1909. Reset in Hong Kong during the roaring 20s, this production will be, we believe, the first time the opera has been performed in the city.

Societal disapproval of women smoking leads Gil to believe, when he smells cigarette smoke, that his new bride Susanna is having an affair, because she couldn’t possibly be smoking. There can be no other explanation, but Susanna’s secret is that she’s a modern woman who’ll do whatever she wants, regardless of what anyone else thinks.

The ensemble cast has appeared together most recently in the French May’s 2022 production of Jacques Offenbach’s operetta Pomme d’Api. Previously, they starred in the Italian Cultural Institute Hong Kong’s opera-films of Gaetano Donizetti’s Rita (filmed at the Haw Par Mansion) and Waitress on Top, a contemporary re-imagining of Giovanni Battista Pergolesi’s La serva padrona with additional music from Donizetti, filmed at the Peninsula Hotel, both broadcast on RTHK. The productions were also staged in 2020 and 2019 respectively.

Etta Fung is one of Hong Kong’s leading coloratura sopranos and known for her “charm and verve” (Opera Today) having sung in Germany, Italy, the USA, Canada as well as Hong Kong.

Isaac Droscha frequently performs leading baritone roles and in recital. He teaches at HKUST, where he is also the co-artistic director of the Cosmopolis Festival.

Wei-En Hsu is an award-winning pianist on the faculty of the Hong Kong Academy for Performing Arts.