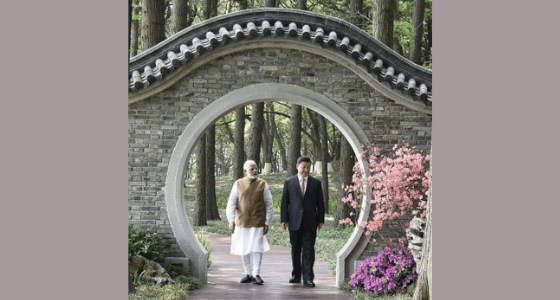 India and China are two of the fastest growing economies in the world. They share historical and civilizational ties, and have seen rapid reform and growth. As the world’s leading developing countries with a combined population of over two and a half billion, they are among the largest markets today. They also share many common interests and positions on global issues. Both are looking to enhance their relationship and investments in agriculture, pharmaceuticals, IT services, start-ups, small and medium enterprises, and tourism. China ranks among the fast growing foreign direct investors in India and bilateral trade has crossed US $80 billion. Despite trade imbalance issues, both are looking at greater bilateral engagement on economic and geopolitical areas. His Excellency Mr. Vikram Misri, India’s Ambassador to the People’s Republic of China, will provide an overview on the future of India-China relations and the opportunities that lie ahead.

H. E. Mr. Vikram Misri is Ambassador of India to the People’s Republic to China. He was India’s Ambassador to Myanmar until December 2018. Mr. Misri has served as Ambassador of India to Spain from 2014 to 2016, Consul General of India in Munich from 2011 to 2012, and Deputy High Commissioner of India in Sri Lanka from 2008 to 2011. He has served in the Prime Minister’s Office in New Delhi as Private Secretary to the Prime Minister of India, Mr. Narendra Modi, and Private Secretary to Prime Ministers Dr. Manmohan Singh and Mr. I.K. Gujral. Mr. Misri joined the Indian Foreign Service in 1989. He has a Bachelor’s degree from the Hindu College, University of Delhi and an M.B.A. from XLRI, Jamshedpur, India.