The Creative Economy of Contemporary Art in Hong Kong 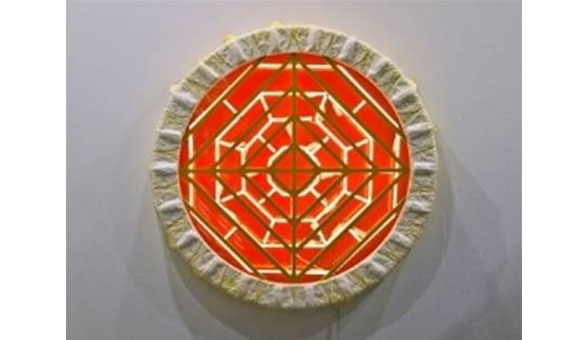 With the fundamental mechanisms of the contemporary art industry reliant on the upkeep of the creative economy both locally and globally, this evening discussion will examine contemporary art in Hong Kong from three perspectives; that of the artists, the collector and the curator. This panel aims to demystify the inner workings of the contemporary art industry, from conception, creation, curation and collection, and sequence the course that contemporary art follows as well as the opportunities it brings to the community both culturally and creatively. Moderated by artist and professor, Frank Vigneron, the discussion will highlight recent changes that have occurred in the art market and thus both the intrinsic and instrumental values of visual art in Hong Kong.

Alan Lo, a restaurateur, a property investor and a leading voice in Hong Kong’s art and design scene, is listed as one of Asia’s best young entrepreneurs by Bloomberg Business Week as well as one of the “30 rising power players in the eastern art scene” by Blouin Artinfo and "40 under 40 Asia Pacific" by International art publication, Apollo. Through his roles as co-founder and executive director of Classified Group and Blake’s, chairman of non-profit organization Design Trust, member of Art Basel’s Global Patrons Council, Tate Modern Asia Pacific Acquisition Committee, as well as board member of Para Site, he has consistently shown commitment to promote Hong Kong as an important emerging culture and creativity hub. Alan has also served on a number of government committees including Greater Pearl River Delta Business Council and Harbourfront Commission.

Tina Pang is curator of Hong Kong Visual Culture at M+, Hong Kong’s museum of visual culture located in the West Kowloon Cultural District, a position that she has held since 2014. Prior to joining M+, she was curator at the University Museum and Art Gallery, The University of Hong Kong, and honorary assistant professor in the Department of Fine Arts where she taught Museum Studies and Chinese Material Culture. She was a 2010 recipient of the Lee Hysan Foundation Fellowship from the Asian Cultural Council to research curatorial practices in the U.S. Recent projects have included working as contributing curator to the Vancouver Art Gallery’s MashUp:The Birth of Modern Culture (2016), and co-organiser with Aric Chen of M+ in Matters: Confronting Activist Art and Design from a Museological Perspective (2016). Tina is a graduate of the School of Oriental and African Studies, University of London, and St. Hilda’s College, The University of Oxford.

Prof. Frank Vigneron received a Ph.D. in Chinese Art History from the Paris VII University, a Ph.D. in Comparative Literature from the Paris IV Sorbonne University and a Doctorate of Fine Arts from the Royal Melbourne Institute of Technology. He joined the Department of Fine Arts at CUHK in 2004, teaching courses on History of Western Art, Theories of Modernism and Post-modernism in art, and Chinese and Western Comparative Aesthetics. His research focus is on the history of Chinese painting from the 18th century onwards and on different aspects of contemporary Chinese art seen in a global context. In 2010, he became chair of the Hong Kong Art School Academic Committee as well as a member of the Hong Kong Art School Council. He is also a member of the International Association of Art Critics Hong Kong. Professor Vigneron is also a practicing artist. He has held several solo exhibitions in Hong Kong and has taken part in local and international exhibitions.