The Complexities of Text in Art 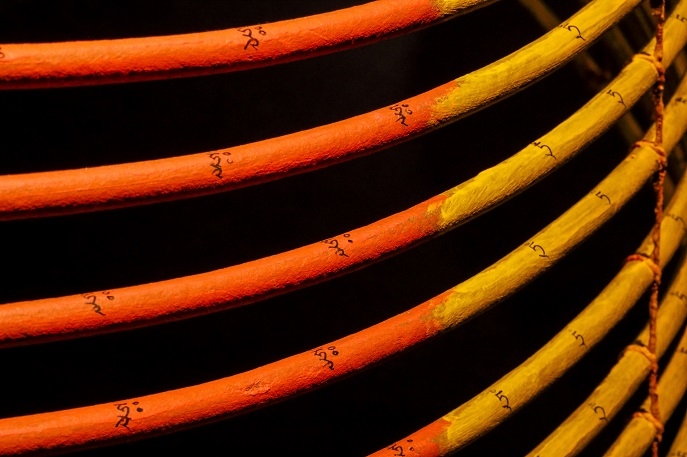 While the appearance of text in art was often criticized in the 1960s, in particular when Robert Indiana came to the forefront of the newly emerging Hard-edge painting and pop art scene, it has since become omnipresent as a key ingredient of visual expression. This discussion, in light of the current exhibition at the Asia Society Hong Kong Center LOVE Long: Robert Indiana and Asia that brings together works by Robert Indiana and those by contemporary Asian artists along the unifying theme of use of language in visual art, will bring to discussion some of the complexities the presence of text has instilled in art.

Charwei Tsai (b.1980, Taipei, Taiwan) is a multi-media artist with a strong interest in the relationship between people and nature. She captures simultaneously personal and universal concerns through performance, photography, and video, encouraging viewer-participation outside the confines of passive contemplation. Working with motifs of geographical, social and spiritual significance, Tsai meditates on the complexities of cultural beliefs, spirituality, and transience. Tsai has held solo and group exhibitions at Hayward Gallery at Southbank Centre, London; the Museum of Modern Art, New York; Yokohama Triennial; the 6th Asia Pacific Triennial, Queensland.

Click for directions
Free Admission with any Art Central Ticket; Registration not required
20180328T160000 20180328T170000 Asia/Hong_Kong Asia Society: The Complexities of Text in Art A discussion on some of the complexities the presence of text has instilled in art.