China Love takes us on a billion-dollar ride of fantasy exploring contemporary China through the window of the pre-wedding photography industry. The film is a feature-length observational documentary which follows Chinese and Australian participants as they navigate love, weddings, and family in the lead up to the most important ritual of Chinese society –getting married.

Join the director Olivia Martin-McGuire and two of the film subjects Jenny Cheng and David Shaw for the screening of China Love followed by a panel discussion.

Olivia Martin-McGuire is an Australian documentary filmmaker/ photographer based in Hong Kong. She recently directed the feature-film documentary, China Love, for ABC Television /Screen Australia. It premiered at Sydney Film Festival and internationally at DOCNYC – and is screening regularly on the international festival circuit. The photo series from this project was featured in TIME, The Guardian and VICE. A photobook from the series is published by Media Stockade. Olivia has exhibited throughout Australia and China in galleries, museums and photo festivals. She is part of a group of photo and video journalists called Eyes On China, and currently developing several new hybrid documentary projects and a television series in China. The China Love photo series is currently being exhibited at the Shanghai centre of Photography.

Jenny Cheng ﹙程詩淇﹚grew up in Urumqi, Xinjiang Autonomous Region of China, and later moved to Beijing for university. She is an event producer and has worked for international events and PR agencies in Beijing, Shanghai, and Hong Kong.

David Shaw grew up in Byron Bay and first visited China on a holiday to Shanghai in during university. It left such an impression that he started studying Chinese after he returned to Australia, and later signed up to a yearlong exchange program to Shandong University. After graduation, David began working in the Beijing Branch of a major Australian bank and later relocated to Shanghai. After 8 years working and studying in China he moved with Jenny to Hong Kong in 2017. 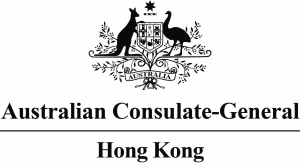