The Art and Philosophy of Japanese Cuisine 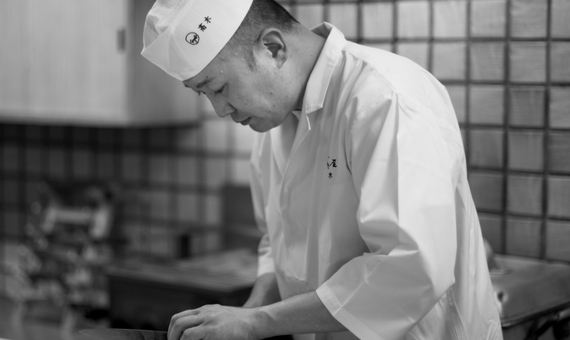 Awarded “Ryori Master” by the Japanese government and “Distinguished Professional and Cultural Achievement” by the Japan Society of Boston, Chef Shinichiro Takagi (高木 慎一朗) is a world-class Japanese chef based in his native city of Kanazawa and is the owner and executive chef of the Michelin 2-star restaurant Zeniya. He specializes in the traditional gourmet kaiseki (懐石) cuisine and the regional Kaga (加賀) cuisine that originated in Kanazawa.

In 2017, Chef Takagi was appointed as the Japanese Cuisine Goodwill Ambassador from Japan’s Ministry of Agriculture, Forestry and Fisheries. He has also been a guest chef and speaker at international organizations including UNESCO, World Food Symposium, and at institutions such as Harvard University.

In this evening, Chef Takagi will be meeting Hong Kong culinary students for an insightful sharing session about his encounters of pursuing the art and philosophy of Japanese cuisine.

For over 250 years in the Edo era (1603-1868), the Kaga Domain was the wealthiest region in Japan after the capital. Situated on the northwestern coast of Honshu Island, the region prospered with the trading of seafood and excellent crafts under the sophisticated patronage of Maeda Clan.

Kanazawa is the capital city of Ishikawa Prefecture on the Sea of Japan and a thriving historical center with the beautifully restored medieval downtown built around the castle. The artistic and architectural legacy of the past is still present in the streets, nurturing the creative spirit. Traditional crafts, such as Kaga Yuzen silk dyeing, gold leaf, lacquerware and Kutani ceramics, remain active in the present day. Among these traditions, the tea ceremony is a practice that is deeply rooted in Kanazawa. Kanazawa maintains the culinary traditions from the Edo era. It is renowned as the unique culinary crossroads marrying the nest of the elegant Kyoto and freshness-obsessed Edo traditions, blessed with various high-quality foodstuffs from the adjacent fishing ports and farms.

Want to experience Chef Tagaki's menu? Join us for dinner at Kaiseki Journey: An Insight into Japanese Culture Through Food