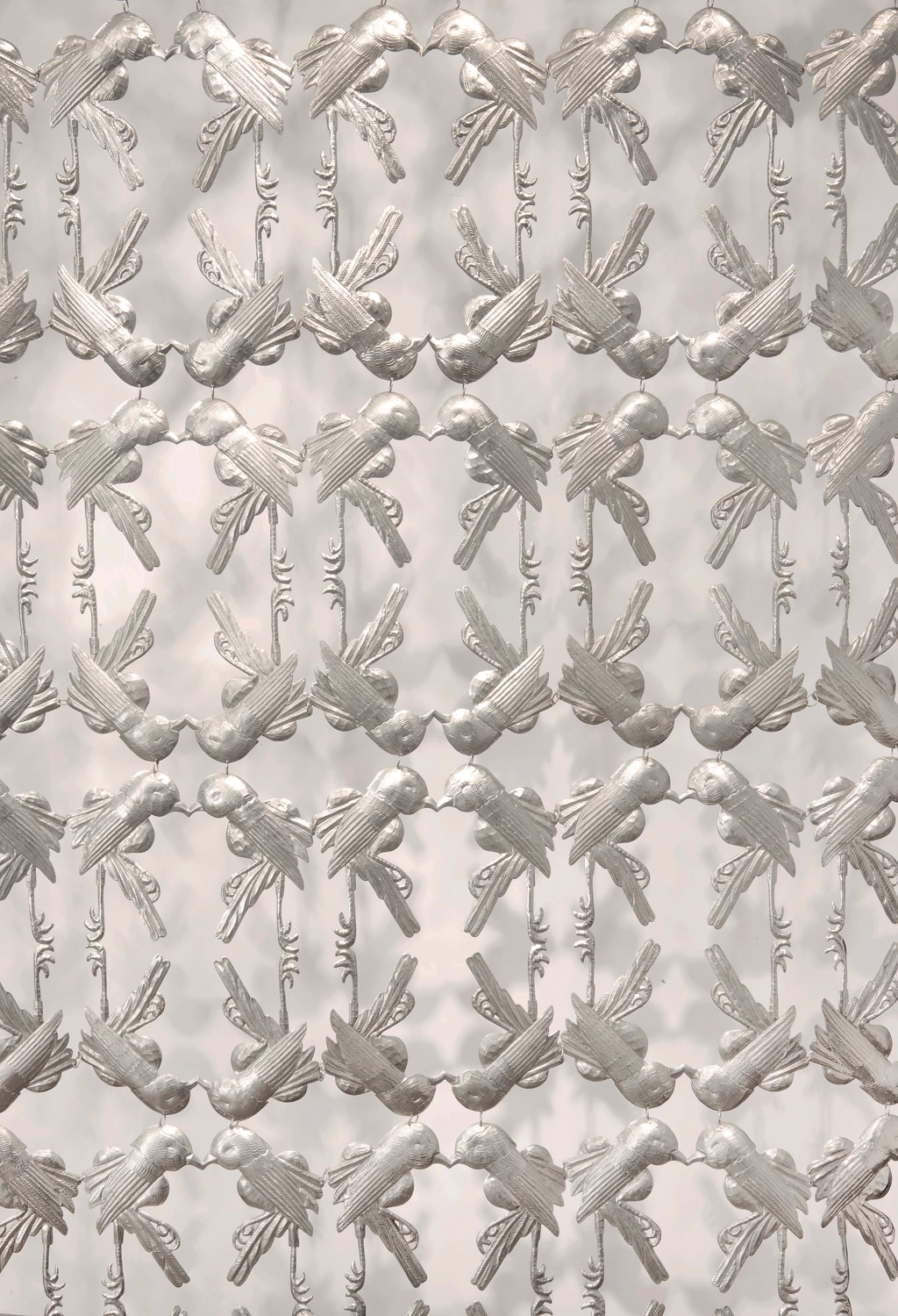 Adeela Suleman, After All It's Always Somebody Else Who Dies series, 2010, Steel.

Image Courtesy of the Artist and Aicon Gallery New York

Through experiences of trauma and loss in times of global conflict and war, art can be a channel through which to heal. Moderated by Maurice Benayoun, academic, curator and acclaimed artist whose installation ‘World Skin — A Photo Safari in the Land of War’ won the Golden Nica, Ars Electronica (1998), this panel will discuss the relationship between the traces of chaos & violence left behind on local landscapes after conflict, and the ways in which it informs the growth of artistic development and pushes creative minds to bold actions, rousing motifs of identity, memory, history and reconciliation.

Nathalie Johnston is the founder of Myanm/art, which she opened in 2016. Myanm/art is an exhibition space, gallery and reading room, in order to further investigate contemporary Myanmar art, assist in collaborations between creative fields in Yangon and cities such as Beijing, Singapore and Stockholm, and promote artists and their work to a local and international audience. She began her work in Myanmar in 2009, completed her MA thesis on the evolution of performance art in Myanmar in 2010, and has organized numerous projects since, including 7000 Padauk, Myanmar Art Resource Center and Archive (MARCA), TS1 Yangon, Mobile Library Myanmar, and several others involving architecture, photography, and experimental music.

Dinh Q. Lê was born in Ha-Tien, Vietnam. He received his BA in Art studio at UC Santa Barbara and his MFA in Photography and Related Media at The School of Visual Arts in New York City. In 1994, Lê returned to Vietnam and in 1997 Lê settled down in Ho Chi Minh City. Lê’s artistic practice consistently challenges how our memories are recalled with context in contemporary life. Whether he provokes the dominance of film and media in the creation of historical legacy; the confluence of cultural tradition and contemporary tragedy in his woven photographs; the re-placement of everyday urban objects into artistic wonders; or by documenting the un-chronicled stories of those who endured the first helicopter war — what all of these artistic investigations elucidate is a commitment to the artistic process as a means of excavating history, in the uncovering and revealing of alternate ideas of loss and redemption. Lê’s work has exhibited worldwide. His solo exhibitions include, Memory for Tomorrow at Mori Art Museum in 2015, Tokyo and will travel to Hiroshima City Art Museum in 2016, A Tapestry of Memories: The Art of Dinh Q. Lê at the Bellevue Art Museum, Washington State; Destination for the New Millennium, The Art of Dinh Q. Lê at the Asia Society, New York, and Project 93: Dinh Q. Lê at Museum of Modern Art (MoMA), New York.

Maurice Benayoun is currently a Professor at the School of Creative Media, City University of Hong Kong and Chair of Graduate Studies Committee. As well as being an artist, theorist and curator, Maurice Benayoun is a pioneering figure in the field of New Media Art. Benayoun’s work freely explores the boundaries of media, encompassing video and virtual reality, interactive, mobile, urban media and large-scale public art installation. Benayoun’s work has been exhibited and awarded (Golden Nica Ars Electronica 1998…) in many major international museums including the Centre Pompidou in Paris, the museums of contemporary art in Lyon, Montreal, Seoul and Helsinki, Eyebeam and Museum of the Moving Image in New York, the Machida Museum, the ICC Tokyo, including the permanent exhibition inside the Arc de Triomphe, Paris, and Curator of the Open Sky Gallery on the ICC Tower media façade, HK.

Click for directions
Free Admission with any Art Central Ticket; Registration not required
20180328T150000 20180328T160000 Asia/Hong_Kong Asia Society: Art and Conflict Panelist will discuss the relationship between the traces of chaos and violence left behind on local landscapes after conflict and how it influences artistic development.