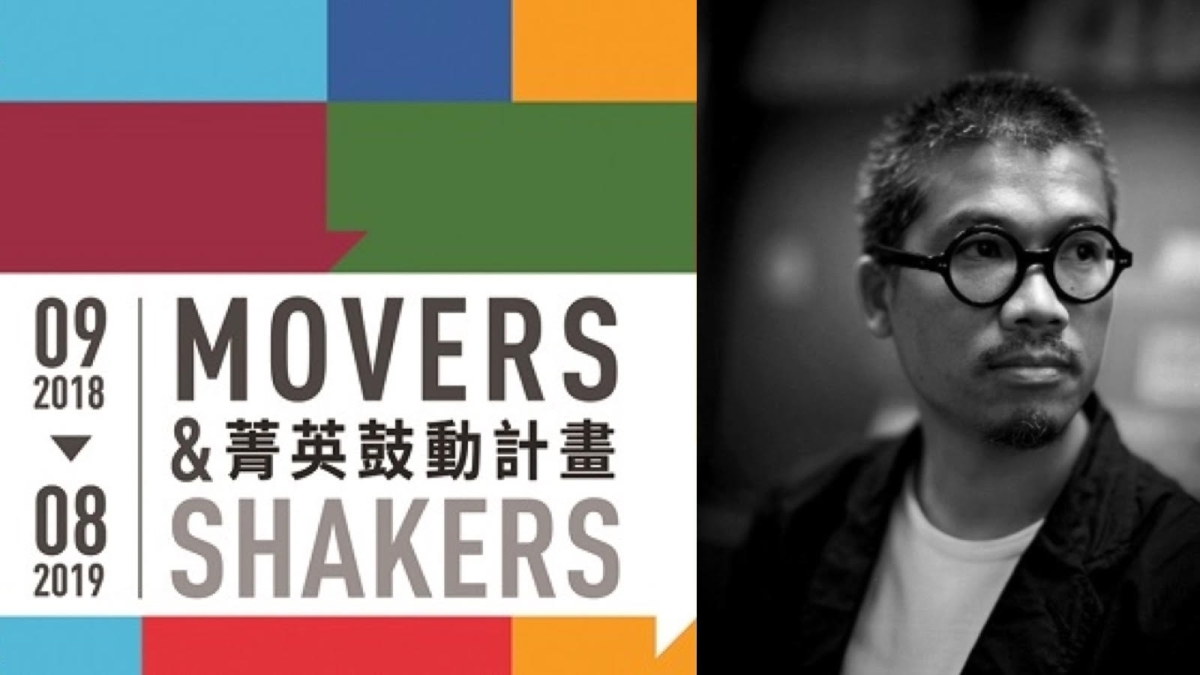 Stanley Wong started his career in graphic and advertising design. He has produced numerous great advertisements, such as the Bobby dog ​​from the MTR advertisement, the cat in the Town Gas TV commercial , Liu Xiang in the broadband advert with & "walking in front of myself", and the love porridge in Love HK campaign.

In 1993, apart from commercial design, Stanley hoped to promote the harmony between people. Therefore, with his respect to “Eight Great Mountain Man” (Bada Shanren), he gave himself another name, anothermountainman, to create a voice for himself.

In 2001, Stanley launched "redwhiteblue" series, from which he took the "redwhiteblue" tea and chat" to the 51st Venice Art Biennale. For the last twenty years, anothermountainman created a new identity of art exhibition curator. His exhibitions show the creativity of the "authentic" and unique culture of Hong Kong, which creates a subtle resonance between Hong Kong audiences and evokes the "Hong Kong people's spirit"

Advertisement, personal ideals, conceptual art: these are all the core elements that make up the artist Stanley Wong. How does he drift between his role of artist/non-artist, designer/non-designer? How does this atypical identity affect his creation? What advice will he give to the younger generation who are interested in the career of design and art?

This program allows students to understand Stanley Wong / anothermountainman’s philosophy behind his creation, his identity as a Hong Kong born designer, and his unique ideals and insights into the design markets.

After five years as a graphic designer, anothermountainman (Stanley Wong) started his career in the advertising industry and worked as a Chief Executive and Creative Director for many international advertising companies for fifteen years. Later, with his passion and enthusiasm for creative designs, Wong became a director for television commercials and established 84000Communications in 2007 and branched out his artistic career. Wong is the recipient of more than 600 Asian and international awards for his art, design, photography and advertising works. Many of his art works have been exhibited overseas in international museums and are now part of their permanent collection. In May 2012, Wong was also awarded the Artist of the Year 2011 (Visual Arts) from Hong Kong Arts Development Awards and the Hong Kong Contemporary Art Awards 2012 from Hong Kong Museum of Art.

Additionally, anothermountainman is also a very passionate photographer, focusing his work on social issues. For the past 10 years, Wong gained international awareness with his ‘redwhiteblue’ artwork collection, representing the ‘positive spirit of Hong Kong.’ He came to international attention with this series, which he presented at the 51stVenice Biennale in 2005 representing Hong Kong.

Movers & Shakers
Organized by the Asia Society Hong Kong Center and sponsored by the Ng Teng Fong Charitable Foundation, Movers & Shakers is a 12-month program aimed at developing global competence and leadership skills among Hong Kong students. The goal is to inspire and instill an innovative and entrepreneurial mindset amongst students, and to strengthen their future competitive edge in Hong Kong and beyond.

To find out more about Movers & Shakers Programs and keep update with upcoming programs, join our community now on our dedicated Facebook Group @ASHKMoversShakers. Interesting and relevant content on our activities will be shared among the Group, and students will be encouraged to contribute and exchange thoughts.

Click for directions
Register Now
Limited seats; Online registration required│座位有限；需網上登記 *This program will be conducted in Cantonese│此節目將以粵語進行
20190708T190000 20190708T203000 Asia/Hong_Kong Asia Society: anothermountainman X Stanley Wong又一山人 X 黃炳培 Advertisement, personal ideals, conceptual art: these are all the core elements that make up the artist Stanley Wong. How does he drift between his role of artist/non-artist, designer/non-designer?