During the 1980s, China began opening up to the world and was entering an era of economic and cultural reformation. Under this influence, Chinese avant-garde art transcended conventional artistic practices and developed new forms of creative expression. What role did history play in shaping this avant-garde movement? What influence did these artistic practices have on the post-1980s generation of artists? Directors from all over the world have attempted to capture by lens this pivotal period in Chinese art history. Beginning in May, and running through August, the Asia Society Hong Kong Center will screen two Chinese arts documentaries each month at the Miller Theater. 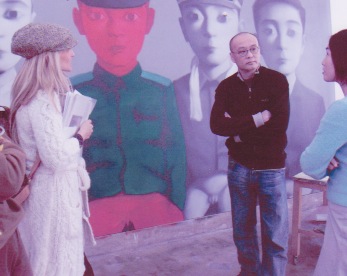 Chinese Art has caught the world's attention. Once considered obscure and exotic, it now commands millions at international auction. China's contemporary artists are the rock stars of the art world, living a lifestyle more synonymous with New York than the People’s Republic of China. China Power is a reflection of modern China by its artists, filmmakers, and curators. 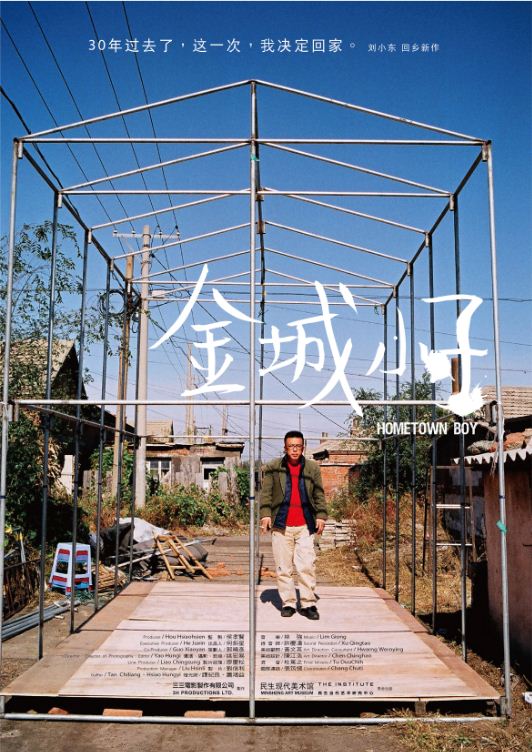 Hometown Boy recounts the visit of acclaimed contemporary Chinese artist Liu Xiaodong, on a return trip to his hometown of Jincheng, which he left in 1980, at the age of 17 to study painting in Beijing. Known for his paintings of ordinary people, on his return to his hometown Liu contemplates the changes that have taken place in the lives of his family and friends, and sensitively captures it on canvas. 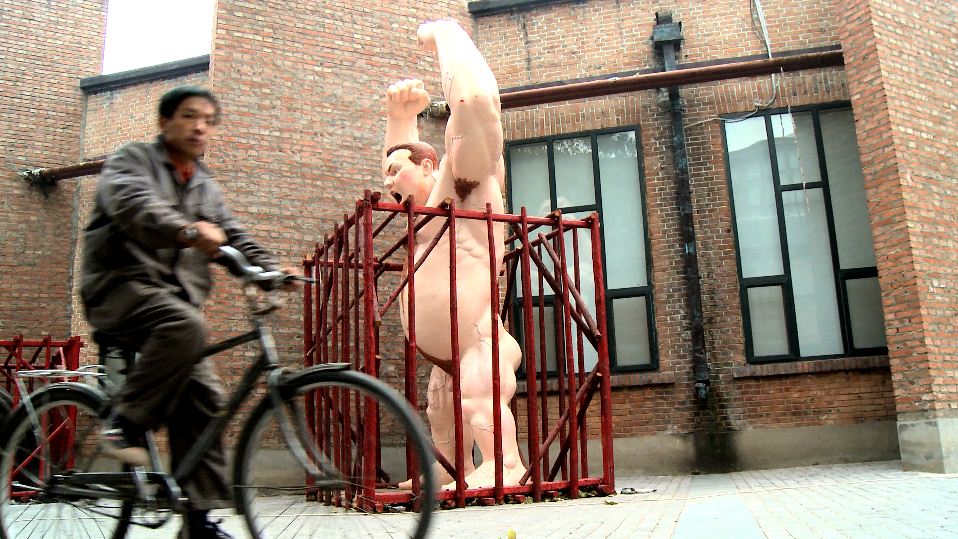 June 28, 2013
Screening at 7:00pm
Post-screening Q&A with director in Switzerland via Webex (Subject to director’s availability)

“The movie documents two historical events at their culmination: the '798' Art District and the revolution in Chinese art under an oppressive regime which gave birth to a new current of free thought…”
- HUANG RUI - Founder of '798'

Shot on location in ‘798’ – Beijing’s unique art district where it all took shape, Project 798 – New Art In New China explores the Chinese society and culture, as well as the different forms of artistic expression, ranging from oil painting to cutting-edge performance art, through the eyes of the artists themselves. 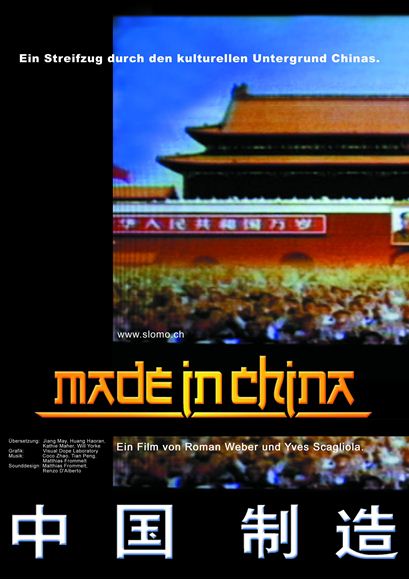 Made in China
Yves Scagliola and Roman weber, Switzerland, 2002, 54 minutes
In Mandarin and English with English subtitles

Made in China takes you on a 53-minute journey to the culture underground of today's urban China, and the budding youth culture in Beijing and Shanghai. Portraying without commentary 10 protagonists including a jazz musician, a DJ, a radio commentator, two film directors, a writer, a fashion designer, a punk band, and several artists, finding ways of expressing themselves in the fast changing realities of post-Maoist China

Featuring: Coco Zhao, Shanghai’s favorite jazz singer, partygoer and flag-bearer for the city’s underground homosexual community; Zhan Youdai, a 34-year old radio DJ, a pioneer for dance music in China; writer Mian Mian who chronicles China’s chemical generation to reflect harsh realities of the post-Mao materialistic China; video artist Xu Zhen who was born in 1977 and never exposed to the socialist art of the Cultural Revolution; Ai Weiwei as a curator putting together a retrospective on the still very short history of contemporary Chinese art, and many more. 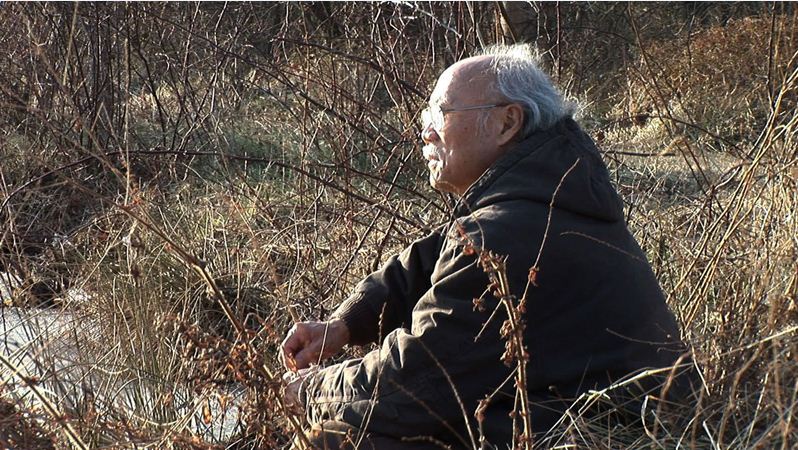 Outside the Great Wall
Han Guang, Japan, 2010, 118 minutes
In Chinese with English narration and subtitles

The film focuses especially on Zheng Yi, a quiet and deeply reflective novelist, “My heart is not here. In fact, I am living in China. I have nothing more than a desk here in the U.S.,” says Zheng. Severed from his readers, exile has forced him to examine what it means to write, and for whom. Zheng believes that “a writer’s existence is not a political one. If my presence in the world has any value, it’s a spiritual value. If a writer succumbs to the hard times, if he can no longer endure exile and submits to the authorities, he surrenders the value of his existence.”

The collage of wide-ranging interviews produces a rich montage that explores the meaning of exile, the fundamental human desire for free expression, and the courage of individuals facing up to authority and emerging stronger. 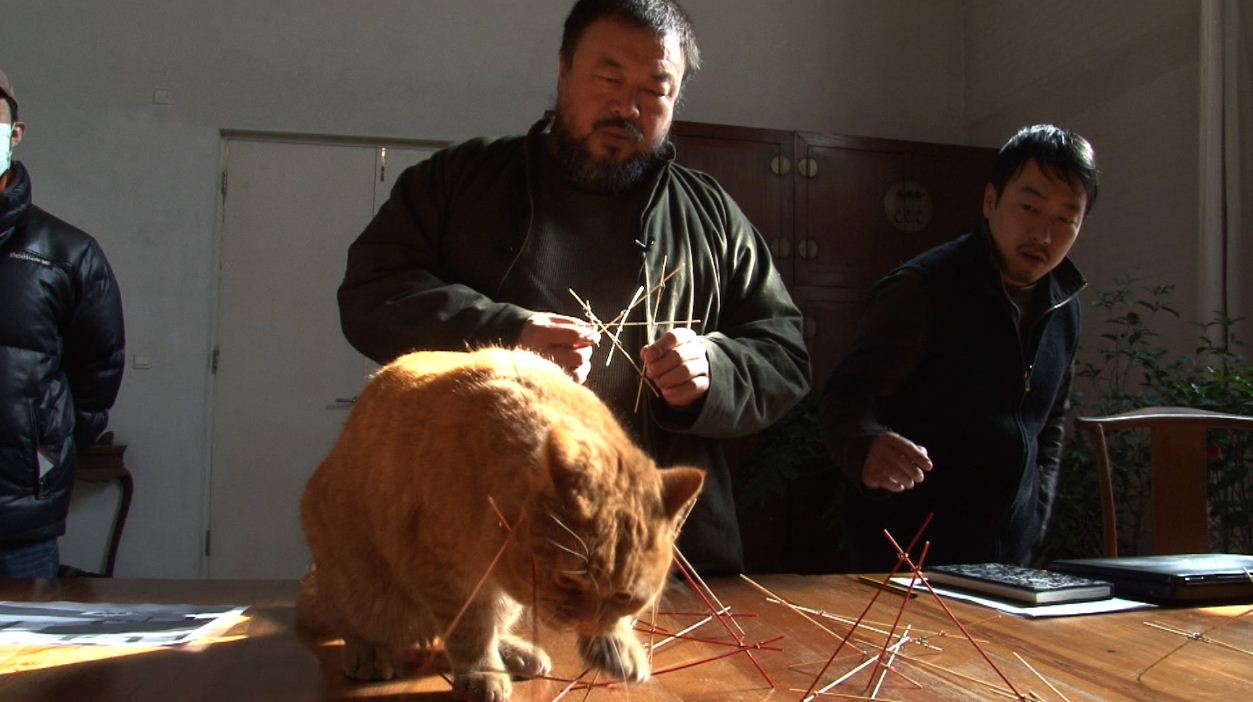 “I think (by seeing the film) the audience will first gain some knowledge about who I am and what kind of issues I am always concerned about as an artist.”
- Ai Weiwei

Named by ArtReview as the most powerful artist in the world, Ai Weiwei is one of China's most celebrated contemporary artist, and its most outspoken domestic critic. In April 2011, when Ai disappeared into police custody for three months, he quickly became China’s most famous missing person. Having first risen to international prominence in 2008 after helping design Beijing’s iconic Bird’s Nest Olympic Stadium and then publicly denouncing the Games as party propaganda, Ai’s critiques of China’s regime have ranged from playful photographs of his raised middle finger in front of Tiananmen Square to searing memorials of the more than 5,000 schoolchildren who died in shoddy government construction during the 2008 Sichuan earthquake. Against a backdrop of strict censorship, Ai’s witty use of social media to inform his followers has turned him into an Internet champion. 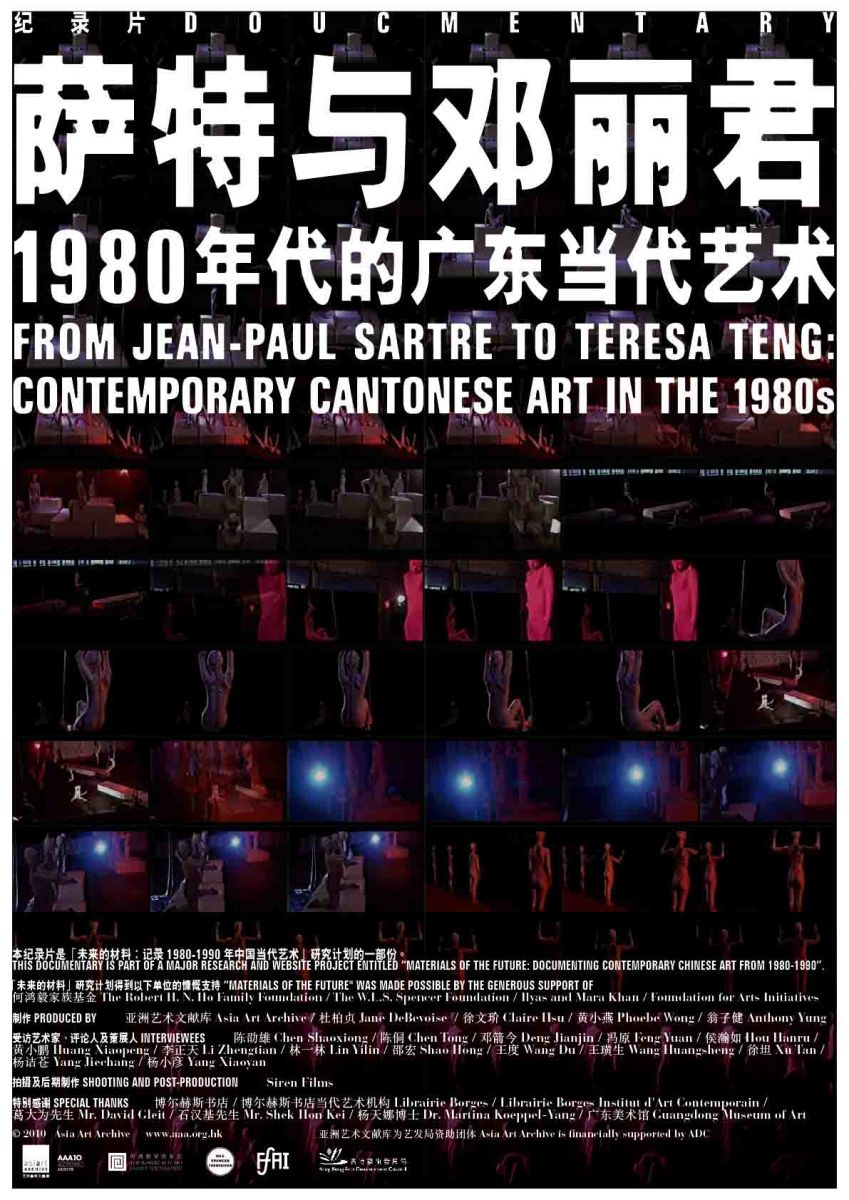 The 1980s was a seminal period in the history of contemporary art in China. However, the contribution and experimentalism of the art scene in South China, in particular Guangzhou and Shenzhen, have generally been overlooked. Due in part to the proximity of Hong Kong, western ideas from translated books and articles as well as popular culture in the form of TV shows and Cantopop flooded Guangdong at the end of the Cultural Revolution. This influx of new ideas and popular culture sparked great excitement, debate and experimentation in the arts. This documentary bears witness not only to the reading fever that gripped the Chinese art world in the 1980s. It also highlights the experimentalism and verve of artists and critics in South China whose contributions to the development of contemporary art have been long lasting and deep. Join artist, Huang Xiaopeng and Anthony Yung, Director, for a post-screening discussion.