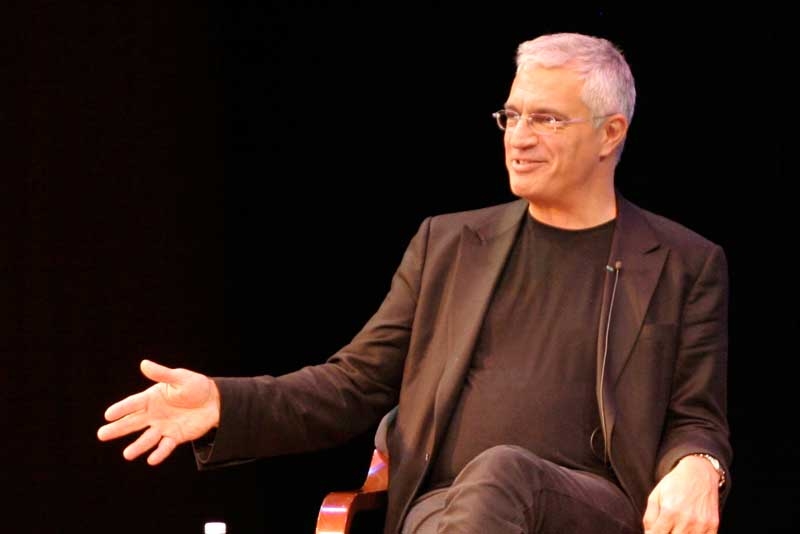 While the The Cove tells an animal rights story about the treatment of dolphins, Psihoyos emphasized the human health implications of the practice during a discussion at the Asia Society with New York Times science reporter Andrew Revkin, just two days after the film's Academy Award win for Best Feature Length Documentary.

"I don’t think we are going to win this issue in Japan on an animal rights issue…we are going to win it on the humanitarian reasons," Psihoyos said.  "It is a crime against humanity when people are serving poison as food.  The provisional limit [of mercury] is 0.4 parts per million; dolphin meat has anywhere from 5 to 5000 times more mercury than allowed by Japanese law."

The Cove uncovers a hidden dolphin hunt along the remote coast of Taiji, Japan that results in the death of up to 23,000 dolphins annually.  Fueled by the demands of a multi-billion dollar dolphin entertainment industry, potential show dolphins are selected from the corralled herd while those left behind are slaughtered and sold for their meat. Due to the dolphin’s position at the top of the oceanic food chain, the resulting meat—often covertly mislabeled—is contaminated with highly toxic levels of mercury.

Psihoyos shared an anecdote about sitting next to a senior Japanese Fisheries Agency official on a 10-hour flight to an International Whaling Commission meeting.  Psihoyos showed him footage from the film, and asked how he felt being in charge of the 5000 tons of toxic dolphin meat served around Japan every year.  Psihoyos reported that the official’s response was, "I am in charge of food security, not food safety."

Much has been written about The Cove being an eco-thriller or an environmental Ocean’s Eleven, but Revkin noted that it was the quiet moments that most affected him. "To me, one of the most powerful moments was the fireside discussion of these guys [the Taiji fisherman] quietly remembering when the sea was thick with blue whales and sperm whales."

On ending the slaughter in Taiji, Psihoyos reflected how sad it is that "the only way we can save their lives now is to prove that we have made their environment so toxic that we shouldn't be eating them."  On his goals for the film, he said: "I wanted this film to inspire a legion of activists, not just on dolphin and whale issues, but on environmental issues."

Responding to those that suggest the film is culturally insensitive, Psihoyos stated, "Just look at the film. This isn't an indictment against the Japanese people. We want to give them the information that they don’t have readily available."