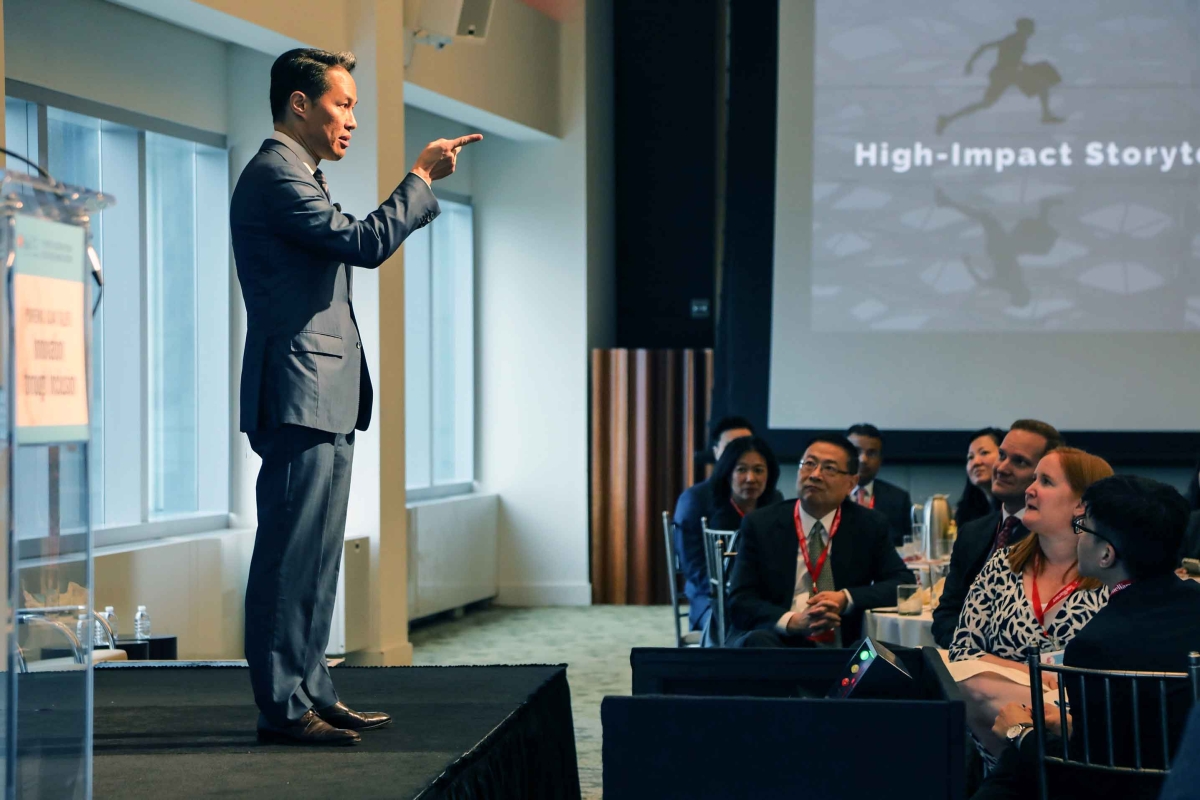 In light of Asia Society’s recent kickoff of its ninth Diversity Leadership Forum and Best Companies Awards Ceremony on May 24th and 25th, Admerasia’s recent report titled, “Paying Premium: Aspiring, Affluent and Asian” offers a concise perspective on the staggering spending power of the Asian Pacific American (APA) consumer demographic—and why it should matter to U.S. brands.

“Paying Premium” argues that while brands tend to focus their multicultural marketing on the populous Hispanic and African American groups, they must not overlook the spending power per capita of cultural groups. The article states:

Reports such as Paying Premium demonstrate that more than ever before, businesses need to be cognizant of the economic power that lies in diversity and inclusion. The rising population and socioeconomic status of APAs mean that they are becoming an increasingly prominent demographic as both marketing targets and as workplace talent.

At Asia Society’s ninth Diversity Leadership Forum, senior HR business leaders and Asian emerging corporate leaders convened to discuss the topic of “Innovation through Inclusion”— how employers can empower and leverage APA talent to the benefits of their companies. The Forum featured speakers such as Mehmood Khan, Vice Chairman of PepsiCo, who shared insights on the transformation of PepsiCo’s global R&D function into an innovation-driven culture of “performance with purpose.”

The Forum also featured a spotlight on millennials and young progressive leaders, and a panel on driving Asian Pacific American talent through tech fields featuring speakers from Google, Lyft, Boxed, and Mastercard. According to Admerasia’s report, Asian Americans make up a “disproportionally large employee base in Silicon Valley’s tech giants (34% of Google’s staff and 41% of Facebook’s).”

Furthermore, Admerasia’s Paying Premium report points out that “Asian Indian immigrants…have demonstrated great strength in advancing to the Executive Level in today’s U.S. corporations. Pepsi, Microsoft, Google, Adobe all have Asian Indian CEOs.” This statement is corroborated by Asia Society’s APA Corporate Survey, which found that “compared to South Asian participants, East Asian participants were significantly more likely to report a shortage of (1) role models, (2) APA executives, and (3) APA board of directors in their companies.” Such findings suggest that the “Asian Pacific American” demographic is a broad category which can be further broken down and analyzed.

On the topic of Asia Society’s nearly decade-long work in conducting national benchmarking studies on Asian Pacific Americans in the workplace, Executive Director of Asia Society Global Talent Initiatives David Reid remarked that “promoting Asian Pacific American talent requires the full commitment of all levels of an organization”—one that can both advance APA talent, and strengthen the marketing practices of businesses across the country.