Sanjay Correa (Vice President, CMC Programs – GE Aviation) has more than 30 years of experience in the turbine engine industry. He is also an Operating Leader of GE’s Asian Pacific American Forum (APAF), a 6,000 strong US-based organization which is celebrating its 15th Anniversary this year. Today he talks about his career, APAF and how APAs can contribute to business success—particularly in Asia. 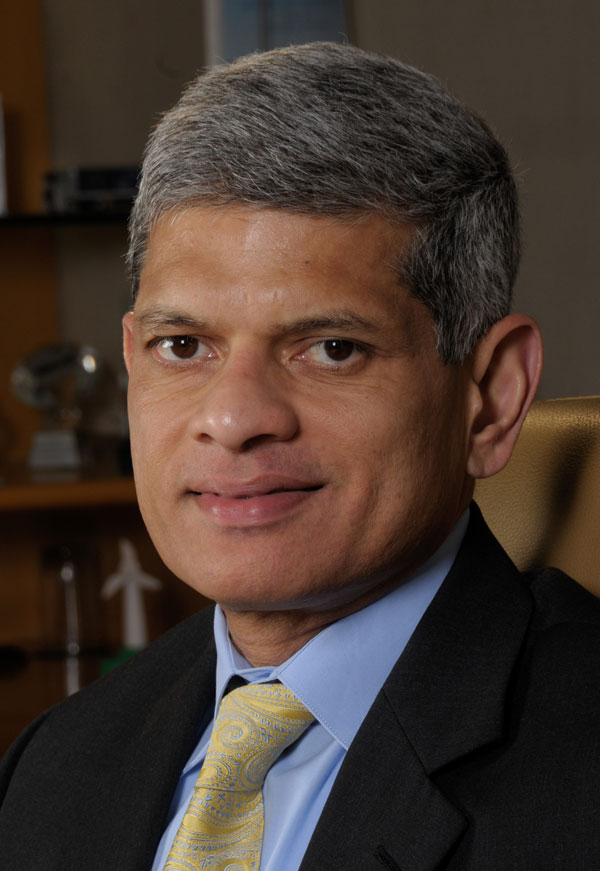 Dr. Sanjay Correa started at GE’s Global Research Center (GRC) in upstate New York over 30 years ago. He worked closely with colleagues at the Center and from GE’s business units on projects for Aviation, Power Generation, Oil & Gas and Transportation. The GRC date back to Thomas Edison, the founder of GE, and is synonymous with practical innovation. As one might expect, the environment is very open to diversity of thought—so it should be no surprise that GE’s APAF started there. Sanjay later moved to the Supply Chain in GE’s Aviation business, where he led a segment of manufacturing operations. He was subsequently asked to lead GE’s India Technology Center headquartered in Bangalore, a team of about 5,000 engineers supporting all GE industrial businesses.

“I was raised in India so it was exciting to see how much of a global player India has become, and how much potential remains,” Sanjay said. “The GE team is squarely in the middle of these opportunities – from affordable health care and wind power for the country, to roles on global teams supporting global products such as aircraft engines.”

He returned to GE Aviation in late 2011 as the Vice President of CMC Programs, a new platform on which GE has based future aircraft engines.

“Frankly, I’ve been fascinated with airplanes from an early age. That passion translated into hobbies, academics, a career, and a pilot’s license – the last, sadly, rather rusty!”

Outside of the engineering organization, Sanjay had also served on GRC’s Diversity Council—the umbrella body over all diversity activities at the Center—since the early 1990s, and helped to form GE’s APAF a few years later. He currently serves as one of three APAF Operating Leaders.

“APAF’s success from those humble but hopeful beginnings is due first to the energy and enthusiasm of the membership, with a close second being the time and support from the highest levels of our company,” Sanjay said.

For him personally, APAF opened up a new set of networks, cutting across business and functional lines. He emphasized that organizations such as Asia Society take these networks to the next level, highlighting opportunities and sharing best practices with organizations across the globe.

Sanjay also highlighted the unique resource GE finds in its APA employees. “GE APAs act as local ambassadors when customers from Asian countries visit the US, as mentors for new employees in Asia, and in many cases relocate to their home country—translating their GE experience into a booster shot of domain and leadership skills,” he said. “Large corporations have led the way, but smaller businesses can become global players faster by following these practices.”