Fueling the Future: The United States, Asia, and Energy Security 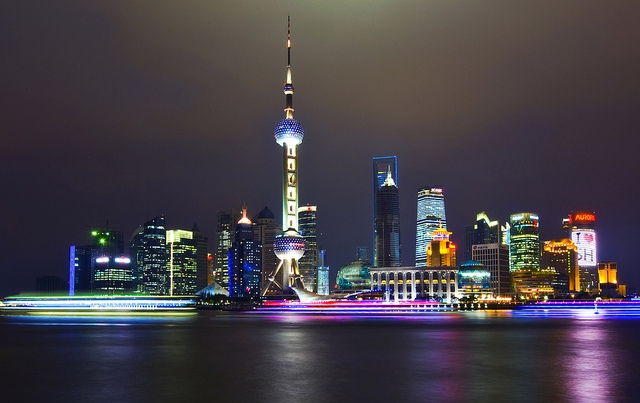 The United States is projected to be the world's largest oil producer in 2020, a net oil exporter by 2030, and energy self-sufficient by 2035. As Asia's demand for energy grows, the United States may be in a position to export energy to potential strategic competitors, such as China, as well as to allies and partners, such as Japan and India. Such a dramatic shift could decrease U.S. attention to the Middle East and allow a fuller "rebalance" toward Asia, while diminishing the U.S. role as a security guarantor in the Persian Gulf and Indian Ocean. To be sure, changes to the sources and markets of energy in Asia and the United States will have significant economic, diplomatic, and security implications on both sides of the Pacific.

Please join us for a conversation on these energy sector shifts in Asia and the United States over the next 10 to 30 years. Leading experts will assess how this evolution in the U.S. energy industry will impact trade and regional security between the United States and Asia, and will also discuss how U.S. policies can create a supportive environment for domestic economic growth in the context of the expected changes.

Rex Tillerson is Chairman and Chief Executive Officer of Exxon Mobil Corporation, a position he assumed in January 2006. He is a member of the Executive Committee and a former Chairman of the American Petroleum Institute. He is also a member of the Society of Petroleum Engineers, the National Petroleum Council, the Business Roundtable, and the Emergency Committee for American Trade. In 2013, Mr. Tillerson was elected to the National Academy of Engineering.

Carlos Pascual is the U.S. State Department’s Special Envoy and Coordinator for International Energy Affairs. He previously served as the U.S. Ambassador to Mexico and Ukraine, Vice President and Director of the Foreign Policy Studies Program at the Brookings Institution, and Special Assistant to the President and National Security Council Senior Director for Russia, Ukraine, and Eurasia.

Daniel Yergin is Vice Chairman of IHS, Inc., Founder of Cambridge Energy Research Associates, and Pulitzer Prize-winning author of The Prize: The Epic Quest for Oil, Money and Power. He serves on the U.S. Secretary of Energy Advisory Board and chaired the U.S. Department of Energy’s Task Force on Strategic Energy Research and Development.

Suzanne DiMaggio is the Vice President of Global Policy Programs at Asia Society, where she oversees task forces, working groups, and Track II initiatives aimed at promoting effective policy responses to the most critical challenges facing the United States and Asia.

Bill Loveless is Host of Platts Energy Week as well as Editorial Director for Platts, the energy information division of The McGraw-Hill Companies.