Along Came Jean Baptiste … The Maisons and the Toshakhana: An Epoch of Luxury, Taste, and Style | Asia Society Skip to main content

Along Came Jean Baptiste … The Maisons and the Toshakhana: An Epoch of Luxury, Taste, and Style 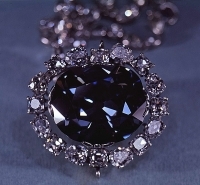 with Dr. Usha R Balakrishnan, a highly regarded independent scholar of Indian art & culture and pre-eminent historian of Indian jewellery. She is the chief curator of the World Diamond Museum. Usha has a PhD in Ancient Indian Culture and a post-doctorate degree in museum studies from New York University, USA.

In the 17th century, Jean-Baptiste Tavernier, a French gem merchant arrived in India, drawn by the lure of Golconda diamonds. He made six voyages and conducted a flourishing business, acquiring historic gems such as the Blue Hope and the Regent for King Louis XIV. The road between France and India was opened for the movement of gems & jewels, and taste & style. Captivated by the allure of India and the wealth of India’s maharajas, the maisons (jewellery houses) of France turned to the east – for inspiration, patronage and toshakhanas (treasure houses) that were brimming with gems and jewels. They created an entirely new genre of jewels that were a fusion of east and west, combining classical Indian forms and motifs with French design sensibility and fine craftsmanship. For their western clientele they created avant-garde jewels that combined the flamboyance and colour of Indian gems with the art-deco forms of the early 20th century. In India, white gold and platinum replaced yellow gold, gems were set in claws, mounts became lighter and design inspirations were drawn from fashions in France. This synergism endures today as high-end jewellery houses repeatedly turn to India for inspiration. This talk will explore and present these cross-cultural exchanges.

Dr Usha R. Balakrishnan, a preeminent historian of Indian jewellery based in Mumbai, is Chief Curator of the World Diamond Museum. Being the author and co-author of several volumes of Diamonds Across Time, a new book and an important venture launched by the World Diamond Museum, she was the curator of the accompanying exhibitions: Dance of the Peacock: Jewellery Traditions of India (1999), Jewels of the Nizams (2001), Icons in Gold: Jewellery of India from the Collection of the Musée Barbier-Mueller (2005), India: Jewels that Enchanted the World (2014), Alamkāra: The Beauty of Ornament (2015), Enduring Splendor: Jewellery of India’s Thar Desert (2017), and Treasures of the Deccan: Jewels of the Nizams (2018). In her interview given to Rough&Polished, Dr Usha R. Balakrishnan shares her views and experience from being immersed in this work in the course of several years.