Director and Producer of Japanese Devils 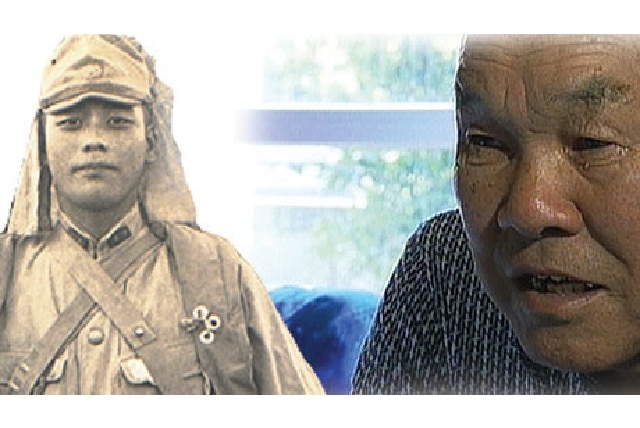 Japanese Devils is a documentary featuring 14 veterans of the Imperial Army testifying to their brutal participation in Japan's 15-year war against China. Director Matsui Minoru presents a powerful historical record of these soldiers' individual crimes, helping to break Japan's long silence about its wartime atrocities in China.

"Japanese Devils" is a literal translation of the film's original title "Riben Guizi." "Riben Guizi" was a phrase used by the Chinese in the '30s and '40s expressing hatred of foreign oppressors. For many Japanese, this phrase and the facts about Japan's war against China are unfamiliar. Japan's war against China is often downplayed in comparison to the historical significance of the Pacific War, Pearl Harbor, and Hiroshima.

This documentary examines the period from the Manchurian Incident in 1931 to Japan's surrender in 1945. In 1940, Japan launched a military campaign named by the Chinese as "The Three Alls: Kill all, burn all, loot all." Civilian massacres, destruction of villages, medical experimentation, torture, and rape became everyday acts.

At the end of the war in 1945, 570,000 Japanese soldiers surrendered in China and were interned in Siberia. After the Chinese Communist victory in 1950, these 14 witnesses were among 1,100 war criminals who were returned to China for re-education. When they returned to Japan in 1956, they were suspected of being Communists and faced years of discrimination. Very few Japanese veterans have been willing to take the risk of publicly admitting to their individual roles in these atrocities.

The Tokyo War Crimes Trial (1946-48) condemned a select group of generals, admirals and diplomats, making many Japanese believe that war criminals had been justly tried and punished. During this period, the U.S. decision to exempt the Japanese Emperor from culpability for these war crimes lessoned the need for serious examination of individual and national responsibility. In addition, Japanese citizens became more focused on the challenges of rebuilding Japan after post-war destruction. Director Matsui Minoru states, "What is truly repugnant and dangerous is the attitude of those who avert their eyes from the brutality that took place. Therein lies the path to repeating the errors of our past."

The Asia Society spoke with Matsui Minoru and one of the producers of the film, Oguri Ken'ichi, before their San Francisco screening. Translation was conducted by Linda Hoaglund. For more information or to purchase the video for educational institutions, go to the Japanese Devils website.

You said in a statement that when you had conceived of this film eight years ago it was rejected for funding because it was "too outdated" or "too controversial." Can you explain why you decided to use your own funds to make this film now?

This film was completely self-funded. I read in the newspaper that the Japanese veteran of the Chinese re-education camps I had originally talked to had died. I knew that this was the last chance to document these stories in the 20th century. The film ended up not costing too much. We saved money using one cameraman. The total cost was probably around $150,000.

It is striking what detailed accounts the soldiers provide of their own acts of murder and rape; some were confessing to crimes they had never spoken of before. How were you able to find these 14 soldiers and convince them to speak on film? Was there much resistance or did they want the opportunity to speak the truth?

These men were all in the re-ducation camps together so they remembered each other. Each veteran we spoke with would then mention another we could contact. They are all in their 80s now and I think they felt it was really their last chance to say something for the public record. So I think they really wanted to be able to tell their stories. They also knew that we did not have a political agenda for this film and that we really just wanted to document this history.

From these confessions, it is clear that the violence that occurred during the war was exceptionally brutal. One soldier, for instance, recounts that a Chinese woman was eaten by Japanese troops. Similarly, the elaborate medical experiments that were carried out really emphasized that the Chinese were not perceived as humans by the Imperial Army. Do you think there was anything distinctive about Japanese military training that could allow the violence to escalate like this?

I think the Japanese Imperial system had a lot to do with it. The system instilled blind obedience to orders, often by brutal physical enforcement from their own superior officers. This training bled them of individual conscience. The soldiers really felt they were "honoring" the Emperor when they followed any order they received. There was so much violence within the army that made them numb to the violence they were committing.

One of the military doctors explained in the film that when the U.S. military arrived in Japan after the war was over, they pardoned many of the doctors who conducted medical experiments in exchange for the research the doctors had carried out. Do you think many people know about this?

The deal struck with the U.S. is well documented in Japan. There was an article in the New York Times a couple of years ago where there is a tiny footnote about this but probably not many people know about it. It is also important to know that many of these military doctors are now prominent doctors in Japan. Some went on to form the company, Green Cross, which eventually knowingly purchased HIV-contaminated blood, which they sold to the Japanese hemophiliac population in Japan, resulting in over 3,000 deaths. It is important to know the consequences of that U.S. pardon, 50 years later. These men are still able to run free killing more people. It is a very revealing part of this film and has a lot of relevance to what's happening today.

The film describes how many of the Japanese POWs who returned to Japan from China were perceived as being brainwashed by Communists and were then shunned from society. Did any of these 14 witnesses experience this?

It took about five years before they were able to have any kind of regular lifestyle. Since they all went through the re-education camps, they were taught that in order to take responsibility for their actions, they needed to speak publicly about their actions. So it was very hard for them to have a place in society. As a result, most of the men were self-employed. Some worked as farmers or milkmen. But they did all have families. There is a network organization of re-educated soldiers in Japan who have regular meetings and a newsletter so they were able to stay in touch with each other. The newsletter publishes stories and this is how I came in contact with the first veteran.

These soldiers' stories are very gruesome and difficult to hear without reacting strongly. What were some of the emotions you went through while filming? Was there a particular story that struck you?

Director: There wasn't really any one particular story that struck me. I think that listening to all the stories together really made me feel how courageous it was for these men to speak about these very personal stories knowing that it was being filmed and that their families and friends would have to live with their decision to speak out on film. It also made me think about what it must be like living with the burden of these memories for 40 years.

Producer: This was very much a journey for me. I was born in 1947 and grew up in the destruction of post-war Japan. We perceived Japan as a victim of the war. It was not until I got older that I learned more about the war and what happened. So hearing these stories provoked a complex set of emotions in me as I continued my journey away from understanding Japan as a victim in that war.

The war crimes committed by the Japanese in Asia have been extremely controversial both inside and outside Japan. For instance, the debate about the accuracy of Japanese history textbooks has angered Korea and China for years. Do you hope your film can be played at Japanese schools?

The film is a little too graphic for teachers to show in the classroom to younger children. But at first when we opened the film in Tokyo it was mainly older people who went to the theatres. But slowly you see a rise in younger people seeing the film and it really spiked toward the end of the three-month run. I think younger people started to become interested in it and started bringing their parents to the movie. It is really a chance for young people to be able to ask questions about it with the older generation and not be too frightened by it.

The film is now screening in Osaka, Nagoya, and Kyoto, and will also run in Fukoka later this spring.

Will you be showing the film in other parts of Asia, particularly China?

The film will also be shown at the Hong Kong film festival at the end of this month. The festival has donated money to produce Chinese subtitles so we hope that it will have the same response as in the Berlin festival where the audiences just kept growing.

What is your feeling about the war shrine at Yasukuni? You open your film showing the strong reactions on both sides to this memorial.

It is natural for a country to want to memorialize its war dead. But what makes Yasukuni problematic is that it also has the ashes of the big war criminals like General Tojo Hideki along with common soldiers. This is what makes the place incendiary. It is hard to instigate change because Yasukuni is a religious organization which legally exempts it from direction by the Japanese Diet.

You are starting to screen the film in the U.S. In light of September 11th and subsequent events in Afghanistan, what do you hope American viewers might be able to learn from your film?

It may seem like a very simple comment, but war brings death. I would want Americans to simply be reminded that in Afghanistan there are deaths that are occurring.

Are you currently working on or planning a new documentary?

I am working on a feature film looking at the effect of media on the legal system. The producer just finished directing a documentary called "Able," looking at two Japanese teenagers with severe disabilities who went to live with a host family in Arizona to train for the special Olympics.

Interview conducted by Cindy Yoon of The Asia Society.