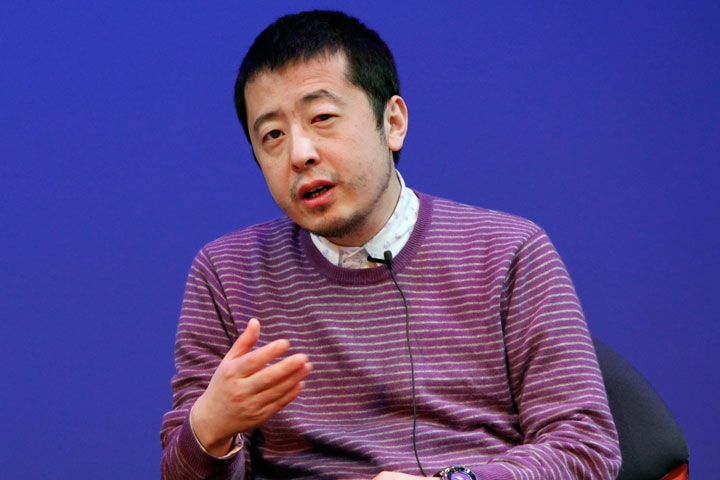 NEW YORK, March 6, 2010 - Internationally renowned Chinese filmmaker Jia Zhangke and his long-time collaborator, actress Zhao Tao, spoke at the opening of Asia Society's month-long film series China’s Past, Present, Future on Film, a survey devoted to the explosion of independent filmmaking in present-day China. Interviewed by series curator La Frances Hui, Senior Program Officer of Cultural Programs at the Asia Society, Jia illuminated some of the concerns motivating this new wave of Chinese filmmaking, and related them to his own personal aesthetic.

Overwhelmingly praised as one of the most important filmmakers in the world today, the award-winning Jia has created an unmatched oeuvre portraying ordinary people caught up in the tidal waves of China's transformation. Following a screening of Damien Ounouri's 2008 documentary about him, Xiao Jia Going Home, Jia explained how the environment he grew up in helped him relate to China's masses and those marginalized by the country's relentless social and economic changes.

Elaborating further, Jia described the sense of urgency driving many young Chinese filmmakers to reveal day-to-day realities in China, and how this is reflected in the realist aesthetics, such as on-location shooting, the use of non-professional actors and long takes, in his and his peers' works.

Click on the watch video link, above, to see the video of Jia Zhangke's remarks.

Click here to watch a video of actress Zhao Tao's talk on her collaboration with Jia Zhangke.

The Asia Society series China's Past, Present, Future on Film was funded, in part, by the Center on US-China Relations. Special thanks to Jytte Jensen, The Museum of Modern Art.