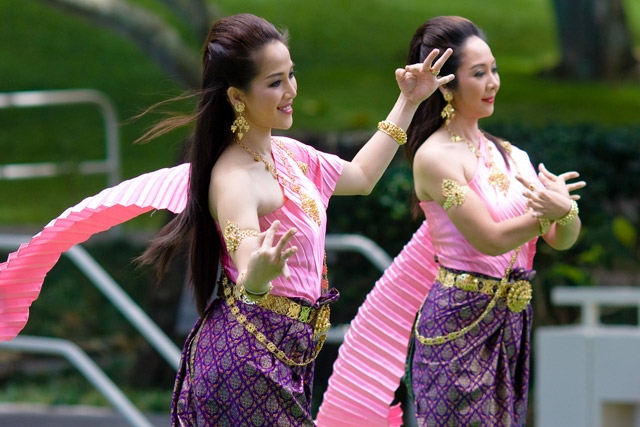 The 11 countries of Southeast Asia include over 550 million people. Despite great linguistic and cultural diversity, the region is characterized by the relatively favorable position of women in comparison with neighboring East or South Asia. This has been explained by several factors: traditionally, kinship was traced though both maternal and paternal lines; a daughter was not a financial burden because of the widespread practice of bride price; a married couple often lived with or near the wife’s parents; women had prominent roles in indigenous ritual; their labor was essential in agricultural, and they dominated local markets. Over time, however, the rise of centralized states and the spread of imported philosophies and religions (Confucianism, Daoism, Buddhism, Islam, and Christianity) increasingly privileged males and stressed female subordination. Although such influences were most noticeable among the elite, the strength of local traditions was always a moderating force.

In the nineteenth century Southeast Asia’s economic resources and strategic position between India and China led to increasing European involvement. By the 1890s the entire region except for Siam (Thailand) was under European control. In some areas women were recruited as cheap wage labor on plantations (tea, sugar, tobacco, rubber) and in processing factories. At the village level colonial regimes strengthened the male position as head of the household and “reformed” customary laws that had given women considerable autonomy. Similar trends can be found in Siam, the only non-colonized country, where legal codification strengthened patrilineality. These developments encouraged a preference for sons rather than daughters. Nonetheless, women were still influential in community life, at times even leading anti-colonial rebellions. Increasing female literacy (especially in the Philippines) and exposure to Western feminism encouraged elite women to confront issues of gender inequality.

From the late nineteenth century nationalist movements developed across Southeast Asia. Male leaders focused on political independence, but educated women were equally concerned with polygamy, divorce, domestic abuse and the financial responsibilities of fathers. For the most part, however, politicized women accepted the male argument that attention to “female” concerns should be delayed until after independence was attained. Yet despite active involvement in anti-colonial movements, sometimes as fighters, but more often as strike organizers, journalists, couriers and clandestine agents, women were viewed as auxiliaries rather than partners. Such attitudes were still evident in the independence movements that exploded after the surrender of the Japanese, who occupied most of Southeast Asia between 1942 and 1945.

The end of World War II signaled the demise of European colonialism in Southeast Asia. Theoretically, the independent states that emerged over the next 15 years were committed to gender equality, but this has rarely been translated into reality. In recent years the number of women holding public office has increased, especially in local government, but only in the Philippines has female representation in national government risen above 10 per cent. When women do manage to enter the political arena, they often find themselves marginalized in a male-dominated culture, with real power remaining in men’s hands. The few individuals who have attained the highest political offices (such as President in the Philippines and Indonesia) have done so because they are the daughter or wife of a famous man. They have not become advocates of women’s issues, for this would risk alienating their male colleagues or the male electorate.

Greater female involvement in politics is impeded by the way candidates are recruited as well as entrenched attitudes that see women’s primary role as that of wife and mother. Gender stereotypes that favor males over females are often reinforced in school textbooks and are sometimes encouraged by religious teachings. For example, Buddhists still believe that rebirth as a woman rather than a man indicates that less merit was accrued in past lives. Southeast Asian Islam has traditionally been very tolerant, but over the last 20 years there has been greater stress on “correct” dress (notably head covering) and public behavior. Although all Southeast Asian countries except Laos and Vietnam have signed the Convention on the Elimination of All Forms of Discrimination Against Women and have made advances promoting gender equality, it is difficult to change the preference for sons, especially in Vietnam with its strong Confucian heritage.

It is not easy to generalize about the economic position of Southeast Asian women because of the gap in development between Timor Lorosae, Cambodia and Laos (among the poorest countries in the world), and prosperous Singapore and Brunei Darussalam. Nonetheless, the continuing acceptance of the idea that a woman can generate and control her own income is still evident, although women receive less pay than men for the same work and the options for unskilled workers are limited. In poorer countries and impoverished regions this is apparent in the prevalence of prostitution and the disturbing trafficking of women. From the mid 1960s, however, as Southeast Asian countries gradually shifted to export-oriented economies, lower-paid women have become essential to factory work. In consequence, women have been more active in labor movements. As overseas domestic workers, they have also been increasingly important to national economies, remitting large amounts of money to their families. Because of world-wide shortages, qualified women can find employment abroad in skilled occupations such as nursing.

Obtaining vocational skills and academic qualifications is far more possible than hitherto as Southeast Asian women gain greater access to education. With the exception of Cambodia and Laos, the numbers of women progressing to post-secondary training is also rising, and in Brunei, Malaysia, Thailand and the Philippines there are more female graduates than males; the rates for Vietnam and Indonesia are almost equal. The expansion in education has contributed to the blossoming of female-oriented Non-Governmental Organizations (NGOs) since the 1980s, which have given the knowledge and organization skills that equip them to argue for issues.

Despite the region’s economic, political and cultural diversity, Southeast Asian countries generally fare well in measures of human development. The heritage of relatively favorable gender relations and the resilience and pragmatism of local societies indicate that Southeast Asian women can look towards a promising future.