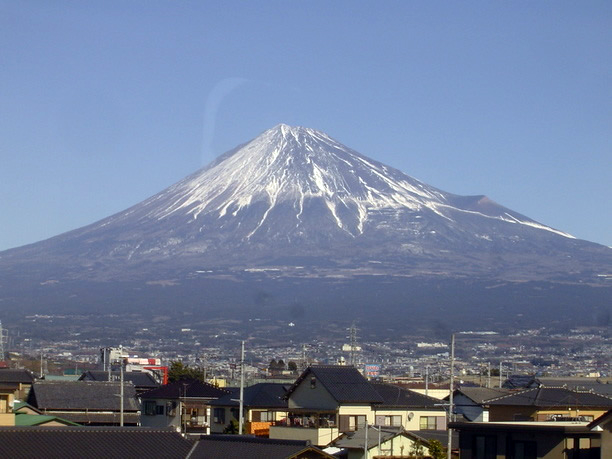 Sometimes resolutions are hard to keep. Almost ten years after promising to reduce greenhouse gases, Japan is failing to meet the goals set by the Kyoto Protocol. This is surprising because Japan seemed to be the model candidate. Its ancient city of Kyoto even bears the name of the 1997 treaty drafted by the United Nations. Japan’s economy was and remains the second-largest in the world, but the amount of carbon dioxide emissions per capita is small. The Kyoto Protocol enjoyed broad public and government support. So why are Japan’s emissions expanding? What does this mean for international efforts to minimize the impact of global climate change?

The Kyoto Protocol was never intended as a cure to global warming, or even as an aggressive action. Instead it aimed to scale back yearly emissions to amounts slightly below 1990-levels by 2012. Its success, however, was supposed to motivate stronger cutbacks. Since the treaty took effect in 2005, Japan’s emission levels have ballooned. If they continue, by 2012 they will top their required levels by more than 20%.

Japan is failing for many reasons, but the primary explanation can be found in Japanese households. Although Japan’s population is dwindling, the number of Japanese households is growing. More people are delaying or deciding against marriage, and instead live alone. Plus, each household is guzzling more energy than before. Energy savings gleaned from efficient new technologies are gobbled by the many appliances, gadgets, and air conditioners that fill Japanese homes.

The same effect can be seen on Japan’s roads. While the government introduced tough new rules requiring cars to get more miles from each gallon of gas, more Japanese people are driving instead of taking public transportation.

The one bright spot is that Japanese industries have trimmed emissions, but this is probably due to a recent economic slump. As the economy recovers, industry emissions are expected to enlarge.

This has left the Japanese government scrambling for alternatives. It has vowed to substitute more natural gas for coal, and to aggressively introduce biofuels like ethanol. By sharing environmental technologies with China, Japan is hoping to earn emission credits. In the summer of 2006, Japan announced that it would try to bury the problem, literally, by placing emissions deep underground. Since then, many other countries including the United States have expressed interest in this technology. While it may achieve the desired effect in the short-term, it may be damaging in the long run. An earthquake, common in Japan and elsewhere, or other natural disasters could disrupt storage areas and suddenly release high concentrations of carbon dioxide into the atmosphere. Scientists also warn that a "quick fix" like burying carbon dioxide could contaminate drinking water or have other adverse environmental effects.

Throughout it all, Japan, like many other countries, has stopped short of what many say is the only sensible strategy—enforcing strict regulations like a carbon tax that would restrain individual and corporate’ appetites for energy by making it more expensive.

Worldwide, many say the Kyoto Protocol was doomed from the beginning anyway. The biggest greenhouse-gas offender, the United States, refuses to support it. President Bush claimed that adhering to the Kyoto Protocol would harm U.S. industries and the economy. Also, he complained, the treaty is unfair since it does not require developing countries to reduce their emissions. Even the world’s second biggest polluter, China, is exempt from cutbacks.

Ironically, some of the most encouraging achievements are the result of local programs in the United States. Seven northeastern U.S. states have led the Regional Greenhouse Gas Initiative to cut area emissions. Meanwhile 284 mayors representing almost 50 million Americans across the country have pledged “to meet or beat” the goals of the Kyoto Protocol. Portland, Oregon has been the star achiever, whittling its emissions to 1% over 1990 levels. It hopes to shrink them by almost double the goal of the Kyoto Protocol by 2012. In August 2006 California officials, representing the most populous U.S. state, announced their plan to regulate industries and cars, thereby reducing greenhouse gas emissions 25% by the year 2020.

The United Nations is gearing up for another big climate change summit in Denmark in December 2009, and everyone claims that serious initiatives are on the menu. But what does the failure of the Kyoto Protocol in Japan and other nations, and its success in cities and states, tell us about the viability of global initiatives? Could it be that although the problem is global, the willpower needed to solve it is local?