The Science of Boiling | Asia Society Skip to main content

The Science of Boiling

Learn the Basics of Poaching, Simmering and Boiling

Did you know that there is so much more to boiling than hot water bubbling in a pot? In science, boiling happens when liquid becomes gas, forming bubbles inside the liquid volume. In cooking, water is the most frequently used liquid that is boiled. The temperature when water will begin to boil is around 212 degrees Fahrenheit/100 degrees Celsius. This is called the boiling point. All liquid substances have their own particular boiling points.

However, achieving the boiling point is not the only way water is used in cooking. There are other stops along the way that offer many ways to cook with water. Check out the four stages of boiling water, each serving a different purpose in cooking.

Stage 1: Slow Simmer (used in poaching) - This is the early stage when the heat is still low. There's very little activity in the pot.

Stage 2: Simmer - The heat is transitioning from low to medium.

Stage 3: Rapid Simmer - The heat is going from medium to medium-high heat.

Stage 4: Rolling Boil - The water is at high heat now!

Let's learn about how the techniques of poaching, simmering and boiling are used in Asian recipes. Don’t worry if you do not have a thermometer to make these recipes, your 5 senses will do just fine!

Don't forget to try out the activities featured in our STEAM Activity Chart to extend your knowledge about water and boiling. 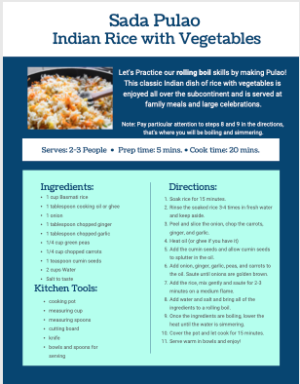 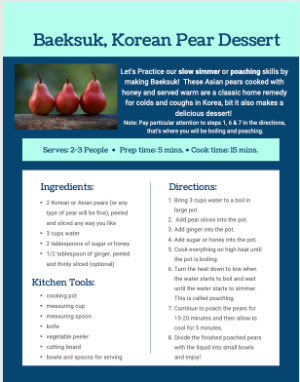 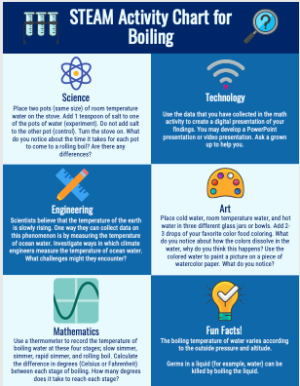