Timeline, Key Components and Other Tips 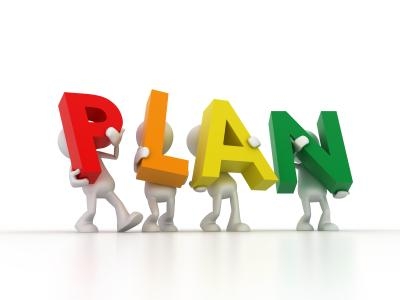 Don't miss Part I of this article, which lays out the step-by-step planning for the two-way school-to-school partnership exchange program from September to December. This article advises on planning from the January to April.

First Parent-Student Meeting
As our second semester is beginning, we hold our first meeting with the finalized group of families. This meeting provides an opportunity for all of the parents and students to meet one another. I give them an overall outline of how we will get ready for the trip, review the costs, and outline the timeline for making payments. In addition, we also cover the following topics:

Launch Planning for Hosting Itinerary: With our program, the itinerary is primarily the responsibility of the parents. At this first meeting, I explain the overall process and give them a sample itinerary from a previous year as well as some general ideas about what activities the Chinese side expects. I also note the one or two activities that I will plan myself (ones that require involvement from contacts that I have), and I give them feedback on their ideas paying particular attention to safety issues. This approach allows the families to take ownership of the itinerary. Each year’s itinerary is unique, reflecting the community connections, experiences, and resources that each family can offer. As a note, we build in three structured English classes for the Chinese students on our side, and three Chinese classes for the American students in Mudanjiang. The remaining time is divided between group activities and individual family time.

Discuss Fundraising: At this first meeting, I also raise the subject of fundraising. Typically, I suggest that all of the families who need to fundraise pitch in and then share the proceeds fairly based on the amount of effort that each family contributes.

Give Guidance on Passports and Immunizations: Finally, I give guidance on applying for passports and refer families to the Center for Disease Control’s web site for information on immunizations, taking care to not give any medical advice myself.

Purchase Plane Tickets
In early spring we purchase airline tickets. The timing is a little tricky because the Chinese group can’t book their tickets before they have been granted U.S. visas, something that is not always guaranteed. At the same time, the U.S. group needs to buy tickets early in order to obtain the best fares, and we need to book a flight to China that has enough seats for the entire group. (In contrast to the Chinese, we can be confident that we will be granted Chinese visas, so we can purchase tickets before obtaining visas.) The solution to this conundrum is simply to gamble, purchasing our tickets before the Chinese group does with the backup plan that in the event the Chinese group is unable to book tickets on the same flight to China, they will fly home on a different flight. Or, if in the worst case they are unable to obtain visas, we will turn the trip into a one-way visit to China.

Letters to Representatives for Chinese Group’s Visa Application
The Chinese group applies for their visas in person at the U.S. Consulate in Shenyang. (Chinese groups can also apply at the U.S. Embassy in Beijing or at one of the U.S. Consulates in Chengdu, Guangzhou, or Shanghai.) Your Chinese group can strengthen their application by including one or more letters of support prepared by one your state representatives. In general, the first time the Chinese apply for visas for a new exchange program it’s a good idea to produce a thorough set of supporting documents. Once the U.S. is familiar with the program, the Chinese group will likely need less documentation. In our case, we prepared three letters the first year, but now we only provide one. Whether or not the Chinese group will be asked to produce one of these letters at their visa interview is anyone’s guess, but it’s best if they have one or more on hand in case they are. To obtain a letter of support, contact your state representative’s office. You will need to provide the office with the exact names of the individuals in the Chinese delegation, along with their Chinese passport numbers, birthdates, and genders. In addition to the letters of the support, your Chinese counterparts may also ask you for a draft copy of your U.S. itinerary and local contact information to bring to their interview.

Skype with Chinese Partners
Sometime during March or April, we hold a Skype session in which the students meet one another face to face for the first time. Parents and siblings also participate if they are able. This is a thrilling moment for families, and they report that it is the moment at which the trip suddenly feels “real.” During the session, I usually stand by to interpret if there are serious breakdowns in communication, although allowing the students to sort through confusion caused by language issues is also great practice for them. During this session, students often exchange contact information and continue to communicate with one another prior to traveling.

Stay tuned for the last part of this article in the coming month and learn about the final stages of preparation before the whole program is put into action.