A Pioneer in Chinese Language Studies 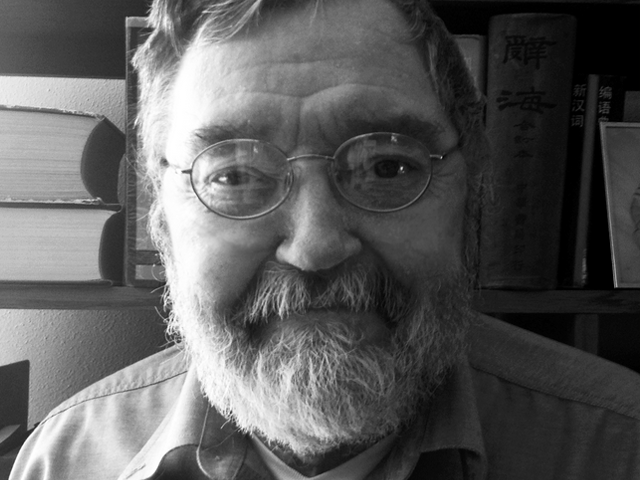 This year, the Chinese language field lost one of its true pioneers. Professor Jerry Norman of the University of Washington was a linguist and scholar of Chinese—its many languages and dialects—and of Manchu and other languages often classified as being in the Altaic family.

Professor Norman, who passed away on July 7, 2012, began working in the field in the late 1950s and early 1960s, at a time when it was likely considered rather eccentric for someone from a non-Asian background to study Chinese. Even when I started learning Chinese in the early 1990s, it was relatively unusual, so I cannot even imagine what it must have been like 40 years earlier. I often wonder what it must have been like for such a pioneer in the field to watch the explosive growth of Chinese language education in the United States, and in particular to consider the idea that Chinese might soon become a world language on the order of Spanish, Russian, or English. Norman became Professor of Chinese at the University of Washington in 1972, just as the United States and China were at the point of resuming official relations, and so he watched the U.S.-China relationship grow from those first uncertain steps into the mutual dependency of the twenty-first century.

When I began my own studies of Chinese, there were really only two books available that provided a clear and comprehensive account of the history of the Chinese language and a linguistic introduction to Mandarin and the various dialects. One was S. Robert Ramsey’s book, The Languages of China, and the other was Professor Norman’s volume on Chinese that is part of the Cambridge Language Surveys series. As an eager student of Chinese in college, I still remember picking up Norman’s book, which immediately shattered my limited understanding of what the term “Chinese” actually meant. At the time, I had heard of Mandarin and Cantonese and was aware that there were other “dialects,” but the book really opened a new understanding about the language, and about languages in general, that became fundamental for me.

The book opens with the assertion that “few language names are as all-encompassing as that of Chinese” and proceeds to explain how “Chinese” may refer to the “archaic inscriptions of the oracle bones, the literary language of the Zhou dynasty sages, the language of Tang and Song poetry and the early vernacular language of the classical novels, as well as the modern language in its standard and dialectal forms.” Norman goes on to explain how the “modern Chinese dialects are really more like a family of languages, and the Chinese of the first millennium BC is at least as different from the modern standard language as Latin is from Italian or French.” He takes this idea even further in the book, elaborating on how “the Chinese language, especially in its written form, has always been one of the most powerful symbols of this cultural unity. The aptness of language as a symbol of cultural and even political unity was facilitated by the use of a script that for all practical purposes was independent of any particular phonetic manifestation of their language, allowing the Chinese to look upon the Chinese language as being more uniform and unchanging than it actually was.”

It is difficult to overestimate the importance of these ideas. Even most people in China have probably not considered the notion that “Chinese” is a very nebulous thing indeed. Professor Norman brought this broad perspective to his writing and research, and to mentoring of his students, many of whom would take up leadership positions in the field. The many remembrances of Dr. Norman that have been posted by his students and colleagues reflect the fact that he was truly worthy of the designation “gentleman and scholar.”

One of his former students, Dr. Richard VanNess Simmons, now Professor of Chinese and Chair of the Department of Asian Languages and Cultures at Rutgers University, remembers Norman as “a teacher of subtle skill and great patience . . . a man of profound humility and easy humor, and a scholar of endless curiosity, immense knowledge, incredible penetrating insight, and lasting impact . . . whose genius allowed him to discover the larger picture through a preternatural command of the details.” Simmons goes on to say that Norman’s “kind generosity led him to impart his knowledge freely and humbly, with lucid simplicity, and without a trace of arrogance. He had a powerful influence on my life's direction and pursuits, an influence of a depth like that of my own father. He shall live on in all of our hearts and our work.”

This combination of erudition and humility is a rare thing indeed. For those of us that never had the opportunity to meet Professor Norman, his legacy lives on in the contributions of the students he mentored and the colleagues and friends whose work was guided by his insights.