Language Learning in the United States: How We're Doing 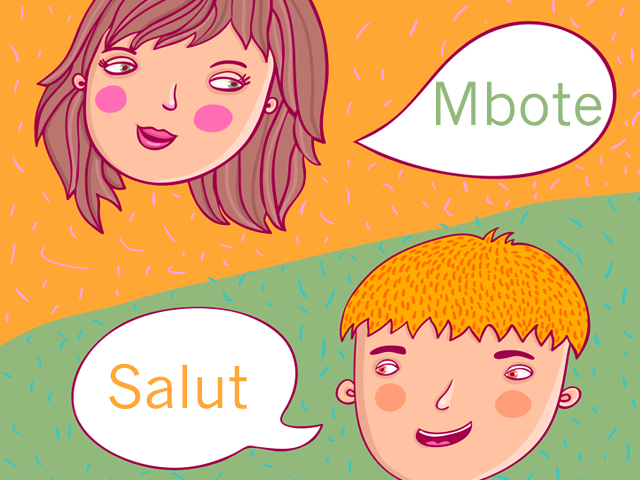 As other countries create funding and policies that promote, and even help prioritize, the study of foreign languages, experts say U.S. students are falling behind and could suffer in the global marketplace.

In recent years, there has been considerable growth in the number of students studying Asian languages in U.S. schools, a trend many attribute to China's and other Asian countries' growing political and economic influence. Yet the study of Asian languages compared to European languages still remains small.

And when it comes to international comparisons, U.S. students lag in various comparisons, including the average number of languages spoken and the number of exchange students studying abroad.

The United States lags in international comparisons partly because other countries begin language education at a much younger age, said Vivien Stewart, vice president for education for Asia Society.

"They all start in elementary school, and they all require long sequences of language study," Stewart said. "The U.S. doesn't start until high school, and most people only do a year, which is pointless."

Twenty-one of the top 25 industrialized countries begin the study of world languages in grades K-5. This is a stark contrast to the United States, where most students who study a foreign language don't begin until age 14. And 21 of the 31 European countries require students to study another language for at least nine years.

In 2002, the Center for Applied Linguistics completed a survey examining the successes of other countries when it comes to foreign language skills. In addition to beginning foreign language study early, survey respondents cited, among other things, policy formation as one of the most successful aspects of foreign language education in their country.

For example, in 1987, Australia adopted a National Policy on Languages, which promotes, among other things, a language other than English for all. Since then, Australia has announced $62.4 million for the National Asian Languages and Studies in School Program.

Joseph Lo Bianco, chair of Language and Literacy Education at the University of Melbourne's Graduate School of Education and author of the 1987 National Policy on Languages, said there are incentives in other countries for speaking foreign languages that are lacking in the United States. For example, individuals in the European Union—which has more of a border-free single market—are more likely to speak two or three languages if they are from a small country located near a large country and if it will benefit them economically in their profession.

"[Labor] mobility has a really profound impact on language curriculum," he said.

Though China is on the other side of the world from the United States, there is a growing recognition—at least at the grassroots level—of the potential economic benefit for studying Chinese, Stewart said.

"There is no national policy saying we should study Chinese," she said. "It's individuals deciding that this is important, that Chinese is going to be important in the future and there is probably some economic benefit as well."