The Global Roots of the Common Core State Standards 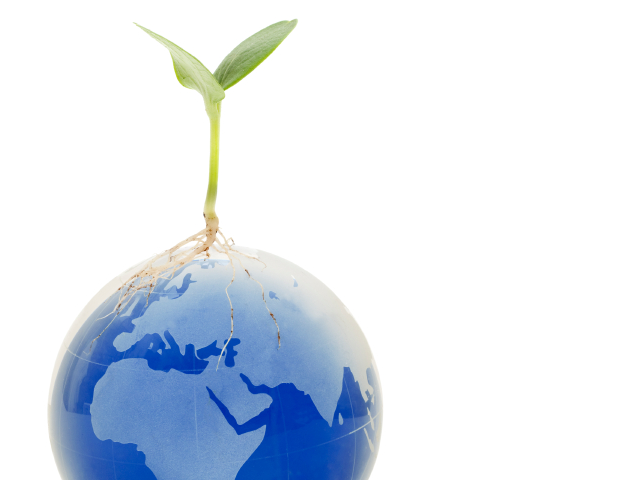 By Heather Singmaster and Anthony Jackson

The education system of the United States was built, in part, by utilizing the best ideas from abroad, mainly from Germany and Scotland. But after achieving the leading education system in the world, and the first country to achieve mass secondary education, and the first to promote higher education broadly, we stopped looking abroad for new ways to improve.

In contrast, other nations, especially in Asia, built superior pre-collegiate education systems through relentless investigation of what works to educate students well wherever good ideas could be found.

As a result, while education in the United States hasn’t necessarily gotten worse, education systems elsewhere have improved. For example, if reading, math, and science scores for each of the 65 nations or provinces taking OECD’s Program for International Student Assessment (PISA) in 2009 are averaged to create a single composite ranking, the United States would rank 26th.

Eight of the top ten entities on that composite average are from the Asia-Pacific region, led by Shanghai, Hong Kong, Singapore, Korea, and Japan. The rise of education in Asia is no accident. It reflects policies and national investment strategies that recognize the tight link between the quality of education, growth in the economy, and stability within society. Importantly, Asia’s rise also reflects benchmarking of effective approaches and systematic efforts to integrate best practices within their own cultural and political contexts.

To remain competitive in a global economy, the United States must improve its education system.

Fortunately, the tide appears to be shifting toward a renewed American interest in learning from—and in collaboration with—high-performing and rapidly improving countries.

Nowhere is this more apparent than in the new Common Core State Standards (CCSS). The CCSS reflect an understanding among American educators that the highest performing countries create high, consistent expectations for student learning. Moreover, wide discrepancies in state standards are seen as one of the reasons that the United States is not as competitive as it once was on international tests.

In 2008, National Governors' Association, the Council of Chief State School Officers, and Achieve, Inc. convened an advisory group consisting of governors, state commissioners of education, business leaders, researchers, former federal officials, and state and local officials. Their task was to investigate what states would need to do to have standards that rival those of top-performing countries.

Their report, Benchmarking for Success: Ensuring U.S. Students Receive a World-Class Education, called on states to upgrade their standards by “adopting a common core of internationally benchmarked standards in math and language arts for grades K-12.” William Schmidt, University Distinguished Professor at Michigan State University, laid out in the report the key elements of standards in high-performing countries: focus, rigor, and coherence.

Meanwhile in the United States, it is commonly said that standards are “a mile wide and an inch deep.” In other words, the old standards strived to cover too many topics, which are repeated across various grades, leaving American students lagging years behind their counterparts in other parts of the world.

The OECD agrees. It found that the high expectations and standards set by high-performing countries are helping to:

Singapore and China are two good examples of countries with rigorous standards. Each has a strong early focus on math and science. Singapore also ensures students have a strong foundation in world languages. In both countries, teachers receive strong subject-matter preparation and continuing professional development opportunities.

In most, but not all high-performing countries, a central curriculum accompanies the standards. This helps to ensure consistency in teacher training and implementation. For instance, Australia has recently developed national standards and curriculum, along with a range of resources available online to support implementation.

Along with standards and curriculum, the third leg of the stool for creating high expectations for student learning is rigorous assessments. The form assessments take vary widely in high-performing countries: from Finland, which primarily uses school-based assessments with periodic sample testing from the national level, to South Korea, which famously places all emphasis on the end-of-school exam. Increasingly, the leading education systems are creating opportunities for more open-ended and performance-based assessments to provide students more authentic ways of demonstrating mastery of disciplinary and interdisciplinary knowledge and skills.

Now, less than four years after the Benchmarking for Success report was finished, Common Core State Standards in Math and English Language Arts have been adopted by 45 states and the District of Columbia.

How do these new standards compare to those in high-performing nations?

William Schmidt did a comparative analysis of the Common Core Standards for Mathematical Practice, finding that they resemble those of high-performing, or “A+ countries” (defined as those that had their 8th grade students placing at the top of NAEP), and have more rigor, focus, and coherence than the standards they replace. In fact, he found a 90% overlap between the CCSS and the standards of the A+ countries.

The CCSS emphasize the 21st Century skills of creative, problem-solving, and critical thinking, needed to succeed in today’s world, a focus shared by the world’s highest performing education systems. In Hong Kong, the strategy is called “Learning to Learn” and focuses on moving away from memorization toward liberal studies, problem solving, creativity, and critical thinking. In Finland, learning goals focus on “21st century citizen skills, including problem-solving, teamwork and entrepreneurship skills, participation and initiative.” And in the European Union, there is a focus on innovation, creativity, entrepreneurship, self-direction, and motivation.

Let’s hope that the American revival of adapting best practices from other nations will restore our education system as the envy of the world.