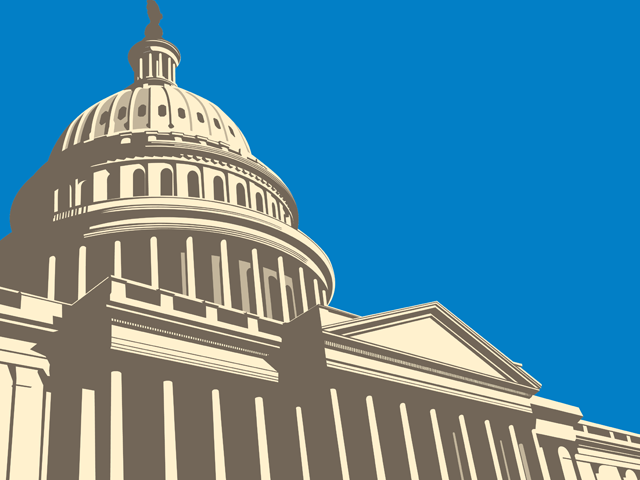 WASHINGTON, DC, July 20, 2010—Members of Congress had a special briefing on the importance of developing language skills among a rising generation. Industry leaders in business, national security, education, and members of Congress shared their perspectives.

Business leader Alfred Mockett noted that "business may be global but markets are multi-local." That is, business markets are scattered geographically and have different demands. But by being multi-local--many localized business centers operating in synch--global corporations understands on-the-ground sensitivities of local markets. "And that [type of cross-border understanding and cooperation] need to start in K-12." Alfred Mockett is CEO of American Managements Systems, a multinational tech corporation with annual sales of nearly $1 billion.

Ambassador James F. Collins, former U.S. Ambassador to Russia, made the point that the nature of diplomacy has changed. "In the Cold War, we dealt with 12 people in Moscow. Now in the same region we deal with 300 to 400 million people, all of whom expect to be a participant in the dialogue." Collins pleaded that we, as a nation, have to train people in languages that are in demand, "so we are ready to speak to the world and to be heard in their languages."

Several speakers brought up the 2003 RAND Corporation survey of human resources managers at U.S.-based global corporations. One survey respondent called American graduates "linguistically deprived." Another said, "If I wanted to recruit people who were both technically skilled and culturally aware, I wouldn't even waste time looking for them on U.S. college campuses."

Despite the dire tone, there are pockets of excellence in American schools and college campuses. Other speakers at the hearing showcased examples and urged that it is not a question of how to do it, but rather how to bring it to scale.

"I'm here to represent 3.2 million members who believe in languages and global competence." With these words, John Wilson, executive director of the National Education Association (NEA), announced that teachers are ready to catalyze new practices in schools.

Congress has made great strides in the last few years (learn more), creating new legislation and allocating millions of dollars to support critical language acquisition among Americans. But too often, legislation passes without the promise of proper funding to turn ideas into reality. As the reauthorization of the Elementary and Secondary Education Act (ESEA) draws near, it is a critical time for members of Congress to understand multilingualism is not an option, but an obligation to the rising generation.

U.S. Representative Rush Holt (D-NJ) will introduce the Excellence and Innovation in Language Learning Act, aimed at creating language pipelines to meet business, national security, and other industry needs for language capacity. The bill includes $400 million devoted to this effort. Rep. Holt's bill, along with two others, might become part of ESEA.

With coordinated strategies at different levels of government, it is possible to meet the goal of developing a multilingual society—with every high school graduate speaking two languages proficiently—within a generation.

One participant offered a call to action: "As members of Congress are home for summer recess, inform your Senators and Representative what is important to your school community. Share practices that work--and needs that are not met."

The hearing was made possible through the work of the Asia Society Partnership for Global Learning, Joint National Committee on Languages, Committee for Economic Development, American Council on the Teaching of Foreign Languages, and National Education Association.